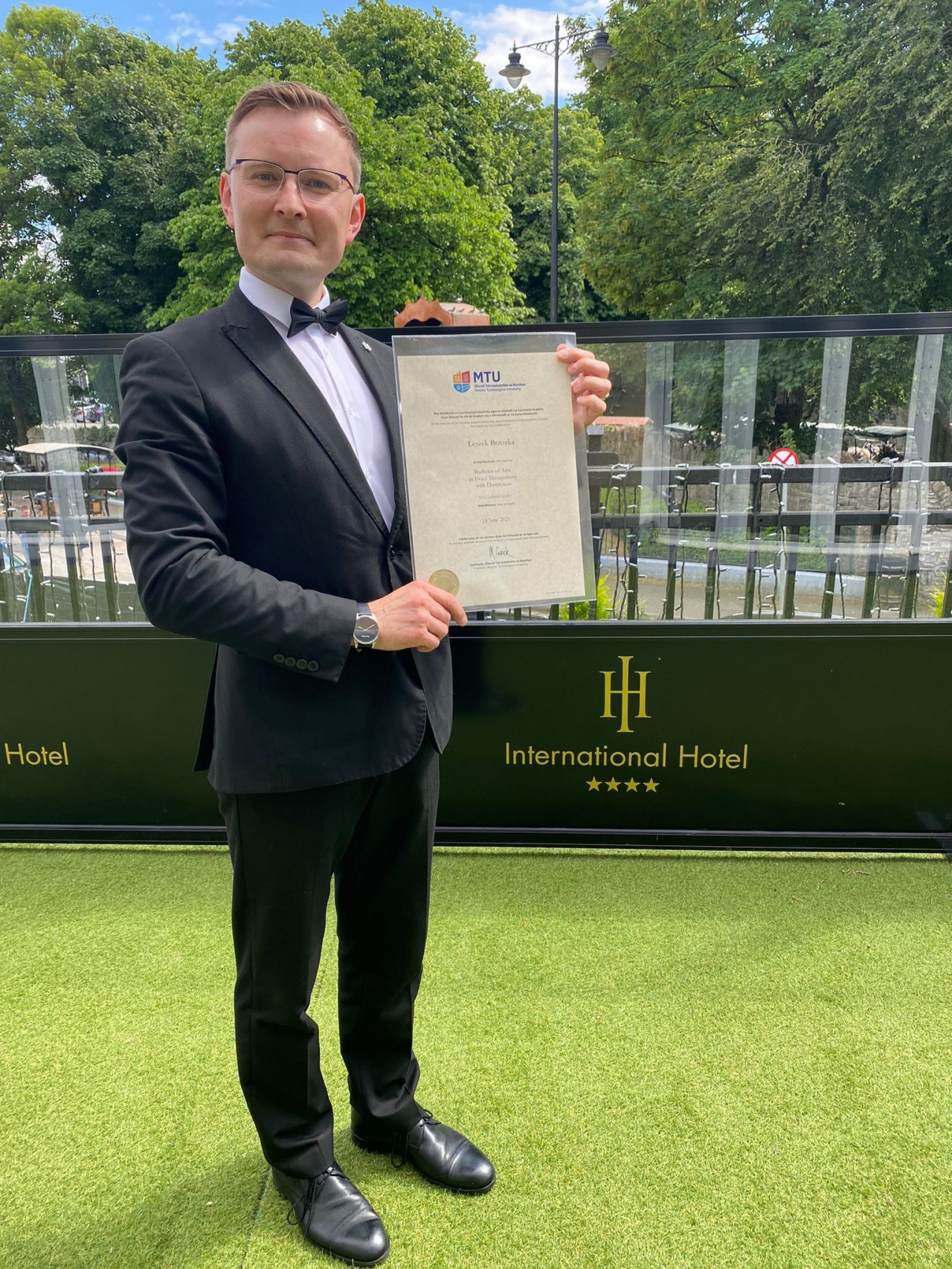 The Firies-based man started from the bottom and proved that hard work and determination make dreams come true.

When he arrived in Ireland from Poland in 2006 he started as a salesman in a local furniture store.
He wanted to work in the hospitality industry and started out as a Trainee Manager at the Fairview Hotel in 2012 before being promoted to Duty Manager there less than a year later.

Always with his eye on the bigger picture, he took one step back to take two steps forward when he joined the team at the International Hotel in November 2015.

With support from the Coyne family, owners of the International Hotel, Les set out on a journey from the bottom to the top.

Starting out as a barman and restaurant specialist, by 2017 he was promoted to restaurant supervisor. In 2019 he joined the International Hotel’s Trainee Manager Programme, and doubled his work load by taking on courses at what was then called IT Tralee.

By March 2020, just as the pandemic set in, he was promoted to Duty Manager, and despite the disruption, he continued his studies while gathering vital on-the-job experience.

His journey reached its latest milestone this week when he passed his Hotel Management course from MTU Tralee with First Class Honours.

During the three years on the National Trainee Manager Development Programme for employees of the hotel industry he worked and gained experience in every department of the very busy 99-bedroom four-star International Hotel.

Les says he wants to be an example to other people who want to follow a career in the hotel industry.

“I had many obstacles, I am from Poland, I have my wife and two small children to look after, it was hard work,” he told the Killarney Advertiser.

“But I never took my eye off the ball. It is like Kerry football, they might lose a match but they can still win the championship. Now I have the life experience, I can back that up with the academics. I walk the walk and talk the talk too.”

The National Trainee Manager Development Programme at MTU is run by experienced local hospitality sector workers and is backed by the Irish Hotel Federation (IHF).

“They know what kind of people they need in the industry and they make the course to fit that requirement,” added Less, who received €500 from the IHF in recognition of his efforts.