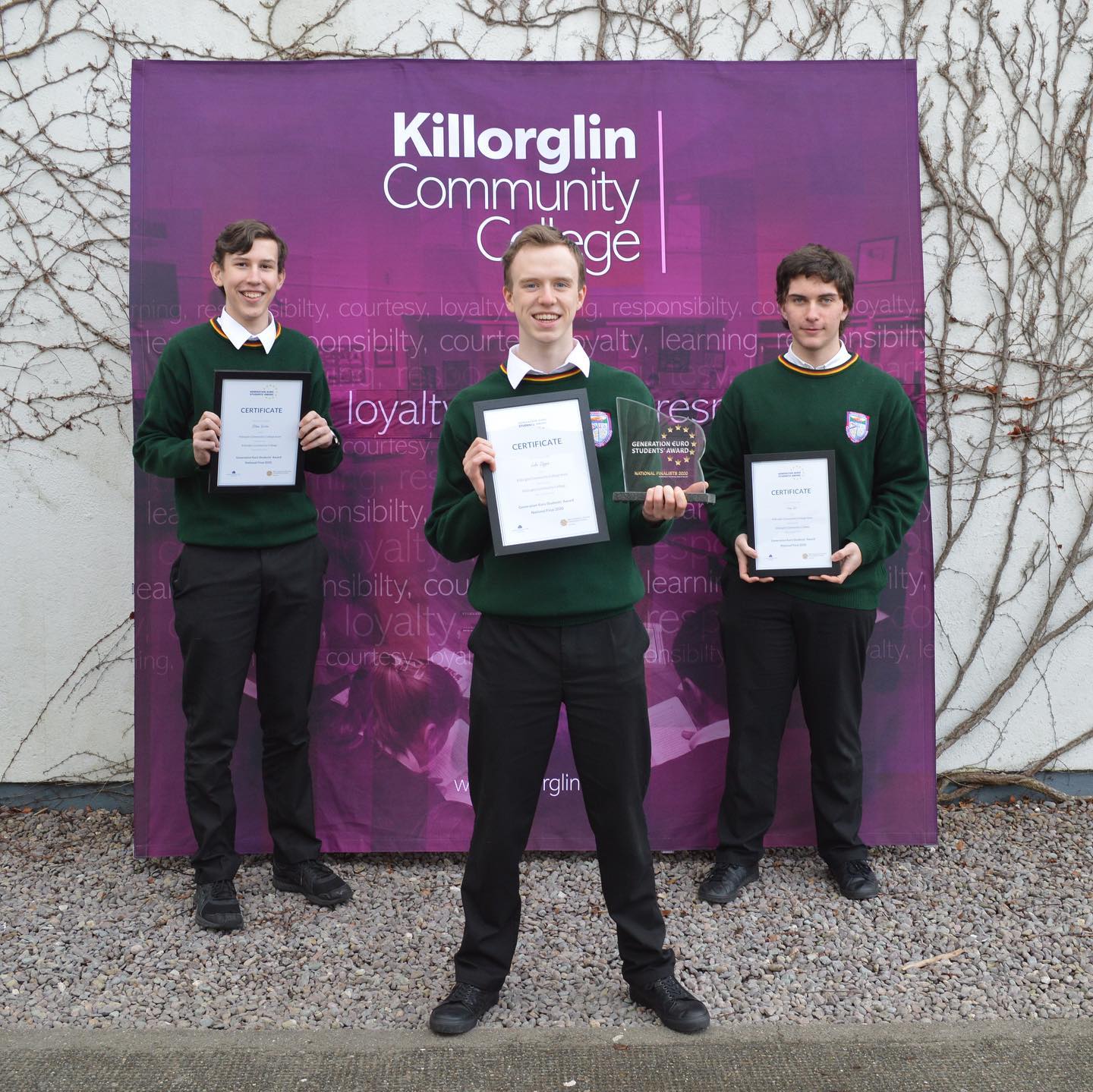 Students from Killorglin faced stiff competition from Sutton Park School, Dublin, and were crowned runners-up in the final as they took on the role of the ECB Governing Council by carrying out an analysis of the economy and setting an appropriate interest rate for the Euro area. The teams talked in detail about the challenges currently faced by the Euro zone, and were commended for their ability to analyse the rapidly changing economic environment against the backdrop of the COVID-19 crisis. Both teams received trophies to mark their achievement.

The Generation €uro Students’ Awards presentation represents the culmination of nearly a year’s work for the successful student teams. The Central Bank is delighted to deliver the final virtually and to recognise the achievements of the competing teams.

Deputy Governor Sharon Donnery highlighted the achievement of those who reached the final, saying, “through their participation in this competition, the students from Sutton Park School and Killorglin Community College demonstrated a strong understanding of the principles of economics and of monetary policy, and they showed rigour in their assessment of the monetary policy options available as they put themselves in the shoes of the ECB Governing Council”.

Speaking about the Killorglin team, which consisted of team members Ethan Victor, Luke Diggin and Ivan Loi led by their teacher Lisa Cahillane, she said “they showed excellent knowledge of the current economic conditions in a very uncertain world”.

Commenting on the importance of engagement with the next generation of economists, Deputy Governor Donnery said “the Central Bank is very committed to playing its part in encouraging the economists of the future. It’s very much in our interests to ensure there is a strong pipeline of young people interested in economics who may choose to forge careers in this area in the future. It is the case that the study of economics can open the door to so many careers.”

A message of hope for 2021 from Kerry County Council