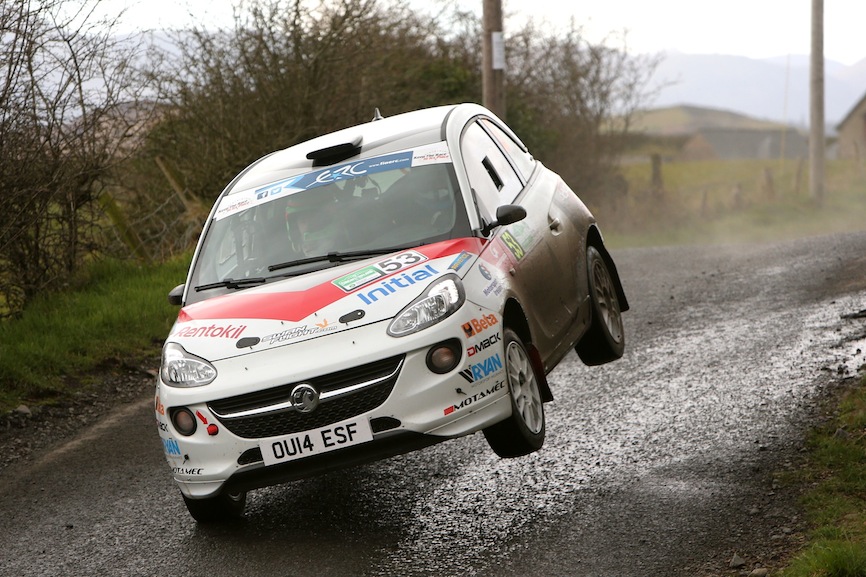 The 23-year-old Killarney driver has excelled this season, picking up a trio of wins in his Vauxhall Adam leaving him and co-driver Ger Conway with a commanding 25-point advantage over his nearest rival, Norwegian Sindre Furuseth. Duggan’s lead is all the more impressive given he has yet to play his double points “joker”, something all his rivals have already done.

Rob said: “I’m really looking forward to the Ulster Rally, it will be great to get back to Irish tarmac, my favourite surface. Now that we are truly comfortable in the Vauxhall Adam we have decided to play our double points joker this weekend. If all goes well, there is a possibility we can secure the championship this weekend which would be brilliant, but I’ll try and put that out of my mind and treat the rally the same as I have every other round.

“We’ve had a great championship to date and I really want to keep the momentum going. Since the opening round in Wales we haven’t been off the podium and the car and my pacenotes have improved with each event. Physically and mentally I’m in a very good place at the moment. We had a fun day out on the Stonethrowers Rally in Tipperary in my brothers rally car a few weeks ago which myself and Ger used to refine our tarmac pacenotes and we’re confident we can get the result we need this weekend.”

Open to any driver under the age of 26, the DMACK Junior British Rally Championship is a competitive proving ground for crews as they have the chance to tackle some of the best forest stages and tarmac tests in the British Isles in FIA-homologated R2 cars.

Should Rob wrap up the title this weekend, he will take a huge step onto the world stage as the 2016 DMACK Junior BRC Champion will be awarded a subsidised drive in the 2017 Drive DMACK Fiesta Trophy on five World Rally Championship rounds, with the winner benefiting from testing before every round as part of the package. The winner of the 2017 Drive DMACK Fiesta Trophy will themselves receive a funded drive in an R5 car on selected events during the 2018 WRC season.

The 2016 John Mulholland Motors Ulster Rally gets underway from the Guild Hall Square in Derry City on Friday 19 with an autograph session ahead of the official start at 12:30. The event will be based at Ebrington Square during the weekend. After a short shakedown stage, the rally will get underway in the afternoon with 6 tests all held to the east of Strabane with the later stages running into darkness. The action will resume early on Saturday with 8 further stages including the notorious Barnes Gap and Rousky tests.