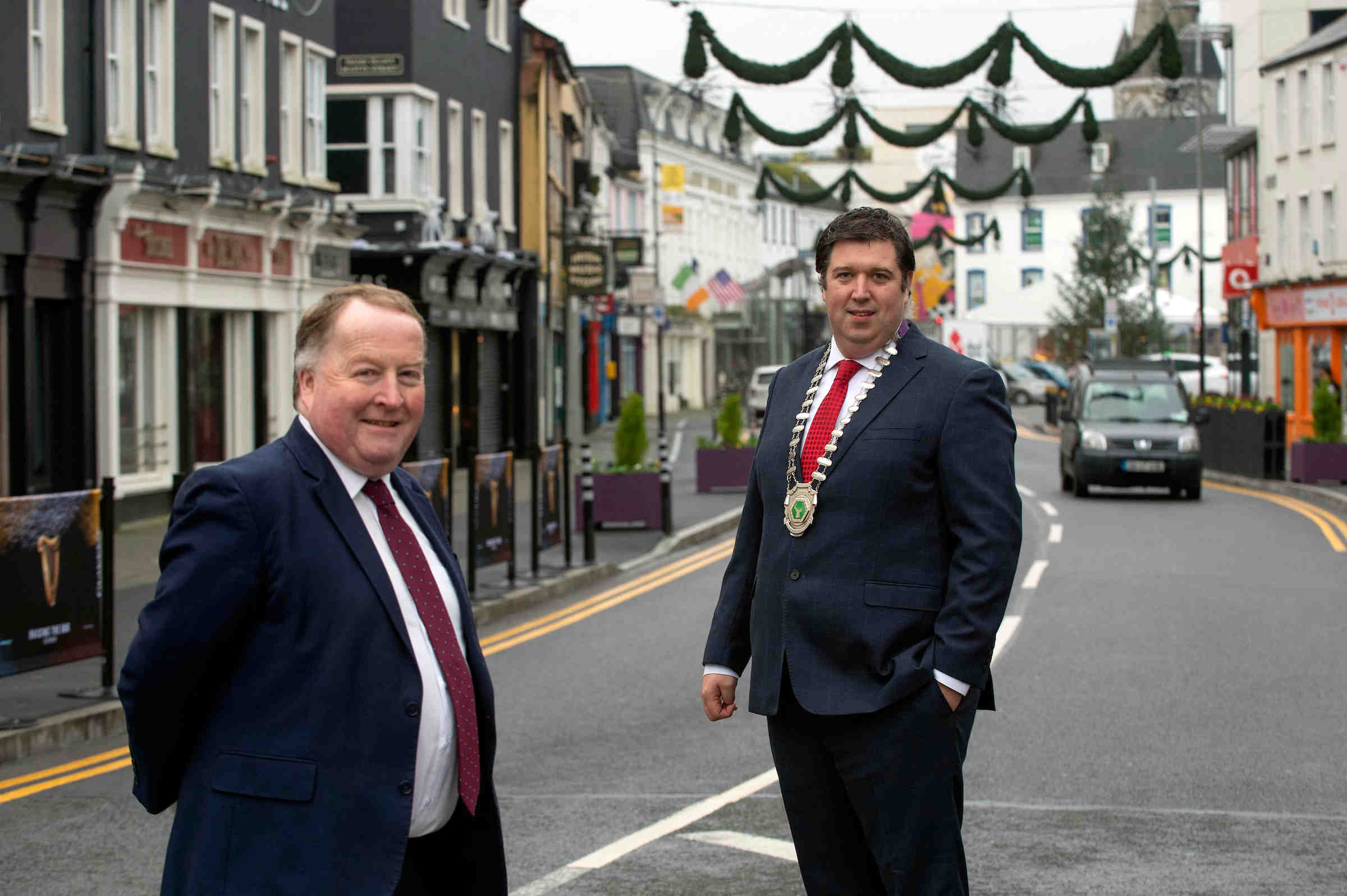 As his two-year term as President of Killarney Chamber of Tourism and Commerce draws to a close, businessman Paul Sherry said Brexit and COVID-19 provided an unfortunate backdrop to his tenure but he focused on ensuring that Chamber kept doing what it does best to keep the show on the road.

Despite the major challenges, he said there were a number of key projects worked on during the pandemic that ensured Killarney’s great reputation was not only maintained but enhanced.
“We have been engaged in the Wild Atlantic Gateway project with Fáilte Ireland, Kerry County Council, the National Parks and Wildlife Service, hoteliers and vintners and a host of other stakeholders in developing a plan to help further develop Killarney as a world class, sustainable tourist destination into the future,” Mr Sherry said.
“The plan is nearing completion and sign-off by all stakeholders is expected prior to Christmas. This project has the potential to greatly improve Killarney’s standing and to remain the world class destination we know it to be,” the outgoing president said.

Mr Sherry said joint campaigns with the Kerry Tourism Industry Federation and Fáilte Ireland were contributing factors to a very good summer season Killarney managed to salvage during the pandemic.
“We were informed by Fáilte Ireland that the top two go-to destinations for staycations following lockdown were Killarney and Galway,” he confirmed.
Key projects undertaken in 2020 included the formation of the Kerry Tourism Industry Federation which has been a resounding success.
“When we were asked to nominate a representative for the board of the organisation we were fortunate to have Pat O’Leary, the former managing director of Liebherr Container Cranes Ltd., to come forward. He has assumed the role of chairman of the board and is giving us a strong voice within,” he said.
Earlier in the year Killarney Chamber obtained a seat at the table of the Irish Tourism Industry Confederation, in association with its partners on the Kerry branch of the Irish Hotels’ Federation and Kerry Airport.
“This is the high altar of Irish tourism and it represents an important step for Killarney. We are fortunate to be represented here by Niamh O’Shea who keeps us updated and ensures our voice is heard within this important body,” Mr Sherry said.

With the onset of COVID-19 and the pandemic, the Chamber became involved with the Kerry Business and Economic Stakeholders Forum, set up by Kerry County Council Chief Executive Moira Murrell, to address the challenges the pandemic was presenting for business and to plan for a recovery and exit from the crisis.
“This forum is ongoing and has moved from biweekly meetings to monthly meetings as the challenges have been tackled. During this period, we have continued to work with our partners in Kerry County Council and the Killarney Municipal District,” he said.
Lobbying has become a very important part of the Chamber’s role in recent times and members have been consistently meeting with TDs, councillors and all the other groups on behalf of the town.
“Chamber was especially pleased to be able to invest in excess of €30,000, supported by Kerry County Council, in the Space marketing campaign – promoting the great outdoors – and it achieved a social media audience reach of nearly 800,000 and the overall campaign had a total online reach of 5.7 million impressions."

The Chamber spearheaded two important surveys this year – 'Let’s Talk About Town' and the 'Killarney Visitor Sentiment 2020' – to determine public attitudes in all aspects of Killarney life and the key findings will prove very useful when addressing what the people of Killarney and visitors want and expect from the town.
Mr Sherry welcomed the great progress that has been made in the development of the walking trail and car park at Tomies Wood and the fact that work has started on the Flesk cycleway and walkway.
In his address at the virtual Annual General Meeting of the organisation, Mr Sherry remarked: “Becoming President of Killarney Chamber of Tourism and Commerce was never on my radar. It is not something that one seeks out or that you put your hand up for, nor is it something that should be taken lightly. Once you are selected you quickly realise that it is a very important role and just how important Killarney is as a business town and at the high altar of tourism, both within the county and nationally."
The new President of Killarney Chamber of Tourism and Commerce is Cllr Niall Kelleher, a Killarney businessman who is also an elected member of Kerry County Council for the Killarney Municipal District.
Mr Kelleher, whose term will officially commence on January 1 next, was proposed by insurance broker John Healy and seconded by hotelier Bernadette Randles.