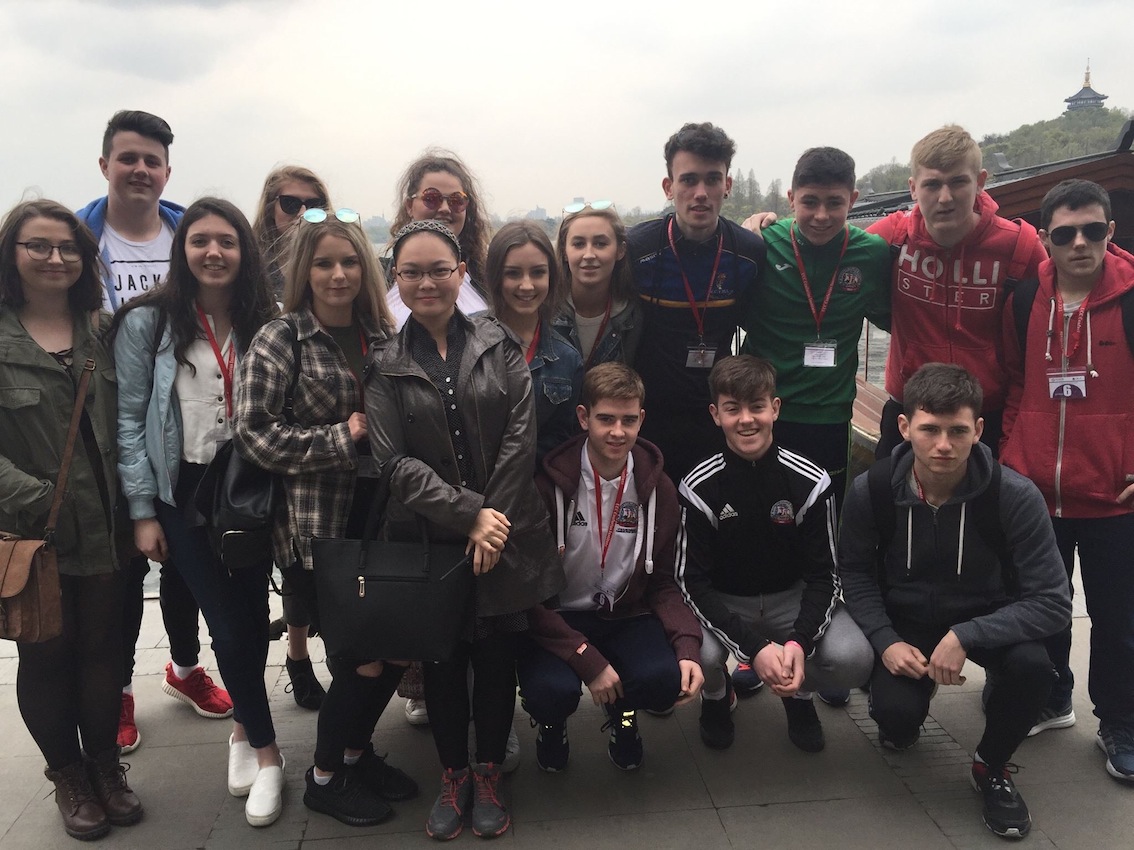 Ciara Carroll, transition-year student, Brigid’s Secondary School, reports on how she and her fellow voyagers benefited from their recent stay in China

OVER the Easter Break, 15 lucky students from both St Brigid’s Secondary School and St Brendan’s College were given the opportunity to attend a two-week long Easter Chinese language camp in Shanghai University. St Brendan’s was given 10 places and we were given 5. The places were decided through a raffle between the people who had interest in going.
The first five names who were picked out of the hat were Laura Corlett, Aoife Kelliher, Caitlin Kerin, Claire O’Leary and myself, Ciara Carroll. We were ecstatic when we received the news.
As we were attending the camp, we also entered a ‘Chinese Bridge’ competition which was developed so that China and Ireland can strengthen their relationship. The competition included a one-minute introduction and a five-minute talent show, both to be spoken in Chinese. Qi Qi, our Chinese teacher, was kind enough to help us with both the speeches and talents.
Our group read an ancient poem and the boys sang “If you’re happy and you know it” in Chinese. Some of the acts were incredibly talented as some actually had lived in China for quite some time. Afterwards we had a break which was followed by a quiz on Chinese culture. The day was great and was fantastic experience for us all.
On March 17, we were ready to depart from Cork Airport to Shanghai. The boys went from Cork to London for their layover and we went from Cork to Amsterdam. We then met up in Shanghai where we went for a welcome dinner.
Over the next two weeks, we attended Chinese classes and lectures to expand our knowledge on China, its language and its culture. Our Chinese teacher, Panda, told us that on our last day we would be taking a test that would examine us in what we had learned the past two weeks. I will admit, the classes were very difficult as they lasted from either one hour and forty minutes to three hours. Saying that, they were still very enjoyable. The lectures would be two hours long and covered different topics such as Chinese culture, history and economics. We learned many new things that helped us in our everyday lives there. We had one class and lecture a day unless we were to go on a day trip. These day trips included visiting the Ancient Water City, the West Lake in Hangzou and the Oriental Pearl TV Tower.
The culture there is quite different to the culture here in Ireland. The main difference would have to be the food in my opinion. The food there is cooked in a different oil so it is actually very healthy. We all tried a various number of interesting foods such as dumplings, sushi and calamari.
We also went to Nanjing road which was the New York of Shanghai. The lights and shops were mesmerising.
Overall, our trip to Shanghai was simply amazing. I would go back there in a heartbeat. Everyone made so many new friends and learned so much about the beautiful country of China.