A popular Killarney eatery has thanked frontline staff for their efforts by filling the front window of the restaurant with messages and artwork made by local school children.

The Caragh Restaurant on New Street, which is operated by the O’Sullivan family since 1968, has covered its front window with paintings from children from Firies National School.

David O’Sullivan, who is the son the restaurant’s founder Gerry, was explaining to his children Josh (8) and Lauren (4), why some people were asked to stay at home and others had to go to work during the current crisis.

The children decided to paint pictures of frontline staff like Gardai and nurses as a thank you. Their neighbour's children Holly and Hazel added two more paintings when David decided to contact Firies National School, where his children attend.

Josh’s teacher, Cormac McCarthy, spread the word amongst all of the school’s pupils and when the artwork was complete David arranged for the window of his well-known restaurant to be decorated. 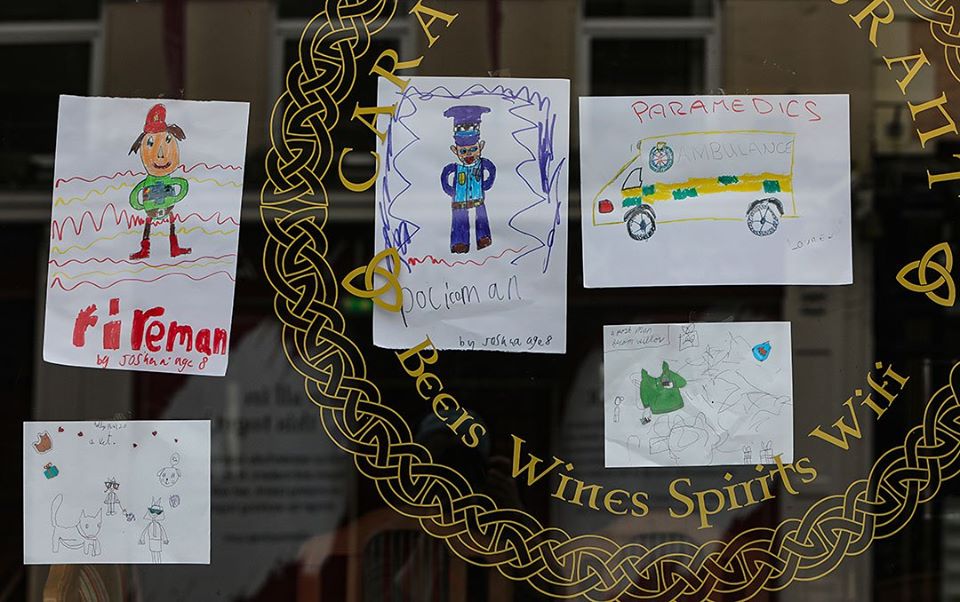 As well as typical frontline staff, like doctors and nurses, some children painted pictures of postmen, binmen and even a doctor’s receptionist.

“You don’t have to be Superman to be a hero,” David told the Killarney Advertiser. “It was a great way to tell the children that without the likes of a binmen the whole place would go to mess. This is our way of saying thank you to all of them. If they are walking down the street, they will see the messages and they will know they are appreciated."

The Caragh Restaurant is steeped in Killarney history. It was first opened in 1968 by David’s father Gerry, a brother of Tralee restauranteur Der.

It was first known as the Old Kentucky Grill and locals still refer to the New St premises fondly as the ‘Kentucky’.

One additional case of COVID-19 in Kerry

Locals say they’re living in fear of their lives