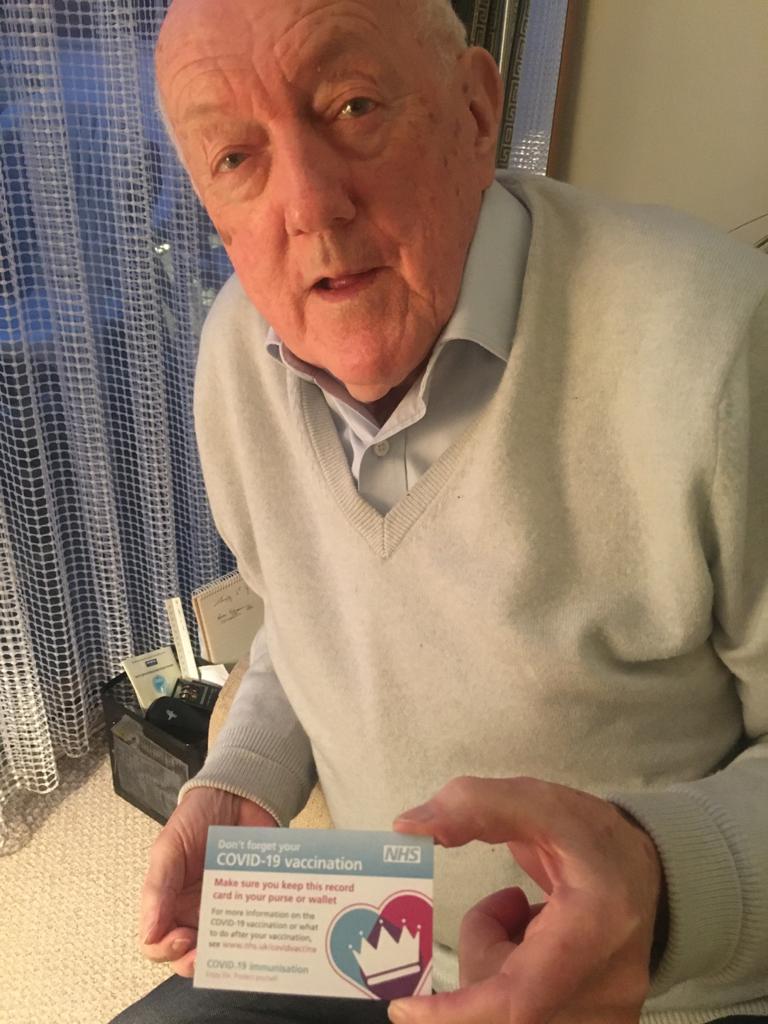 VACCINE: London-based Killarney man Jerry Cronin said he was honoured to receive the Coronavirus vaccine a day before Queen Elizabeth.

Well-known London-based Killarney man Jerry Cronin said he was honoured to receive the Coronavirus vaccine a day before Queen Elizabeth and Prince Phillip.

Jerry, who is best known for playing George Washington during the annual 4th of July Festival in Killarney, received the Pfizer-BioNTech vaccine on Friday last, while the royal family were vaccinated the following day.

The Aghadoe man, who is based in the Kensington area of the city, received his vaccination at the nearby St Charles Hospital.

He suffers from undisclosed underlying medical conditions and his doctor recommended he was placed further up the vaccine waiting list.

That was on Monday last week and five days later he was vaccinated.

However, he will have to wait three months for the second dose as a shortage of the Pfizer-BioNTech vaccine in the UK has resulted in an extension of the times between each injection.

“It was well organised, they had 24 booths set up in what looked like an unused restaurant and I was the youngest fellow there at 76,” he told the Killarney Advertiser. “It was a bit congested for my liking but I was in and out in no time, I just had to wait 15 minutes in case I had a reaction.”

He added that he was not overly-worried that the time between each dose has been extended.

“Imagine two people in the one house that needed the vaccine, you have a choice; one person gets two doses in three weeks and the other has to wait months, or they both get a shot each,” he explained. “I heard afterwards that the Queen said if the vaccine is good enough for Jerry Cronin, then it must be good enough for herself!”

Kilcummin development plan gets the go ahead