His new product is not yet a year old and what a tumultuous year it has been - but that didn't stop local ice cream maker receiving a bronze award this week.

And on Monday morning, John picked up his bronze Blás na hÉireann award in Bank of Ireland on New Street in Killarney. He was one of 11 producers from Kerry who received an award from at Blas na hÉireann 2020.

"It's our first award from Blás na hÉireann and we're delighted to receive it," John, who also completed the SuperValu Food Academy, told the Killarney Advertiser.

"We also won an award at the Listowel Food Fair last year."

John diversified his business last year selling ice cream from a cart at the old Leane's on Muckross Road.

"Things had been going well, we had a good reaction and Barry Spellman from Killarney Brewery and Denise O'Sullivan from Dinis Cottages asked us to supply them. It was going nicely and then March came and it was a disaster."

August and September proved busy as lockdown eased and visitors and locals came to Killarney for holidays and day trips.

John is delighted to have his flavoured products in Celtic Whiskey on New Street including 'Whiskey Ice Cream', and also 'Casey's Extra Stout and Chocolate Ice Cream' in Killarney Brewery.

The Blás na hÉireann awards were announced virtually last weekend as the annual pilgrimage to Dingle was stalled due to COVID restrictions.

Now in their 13th year, the Blás na hÉireann awards are the all-island food awards that recognise the very best Irish food and drink products, and the passionate people behind them. 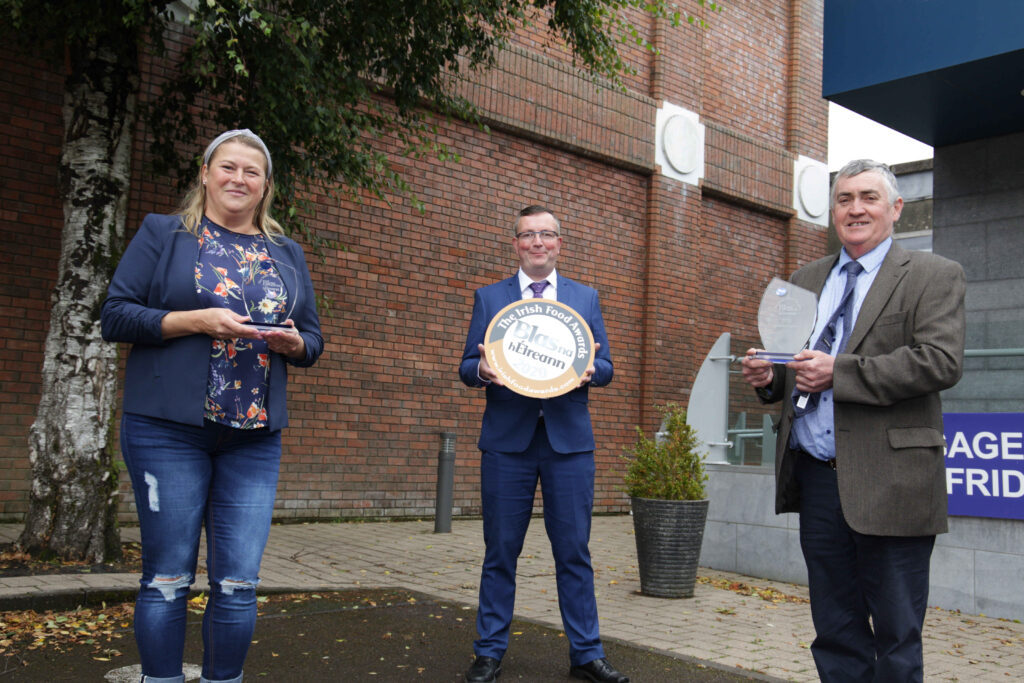 Liam was a man of great vision