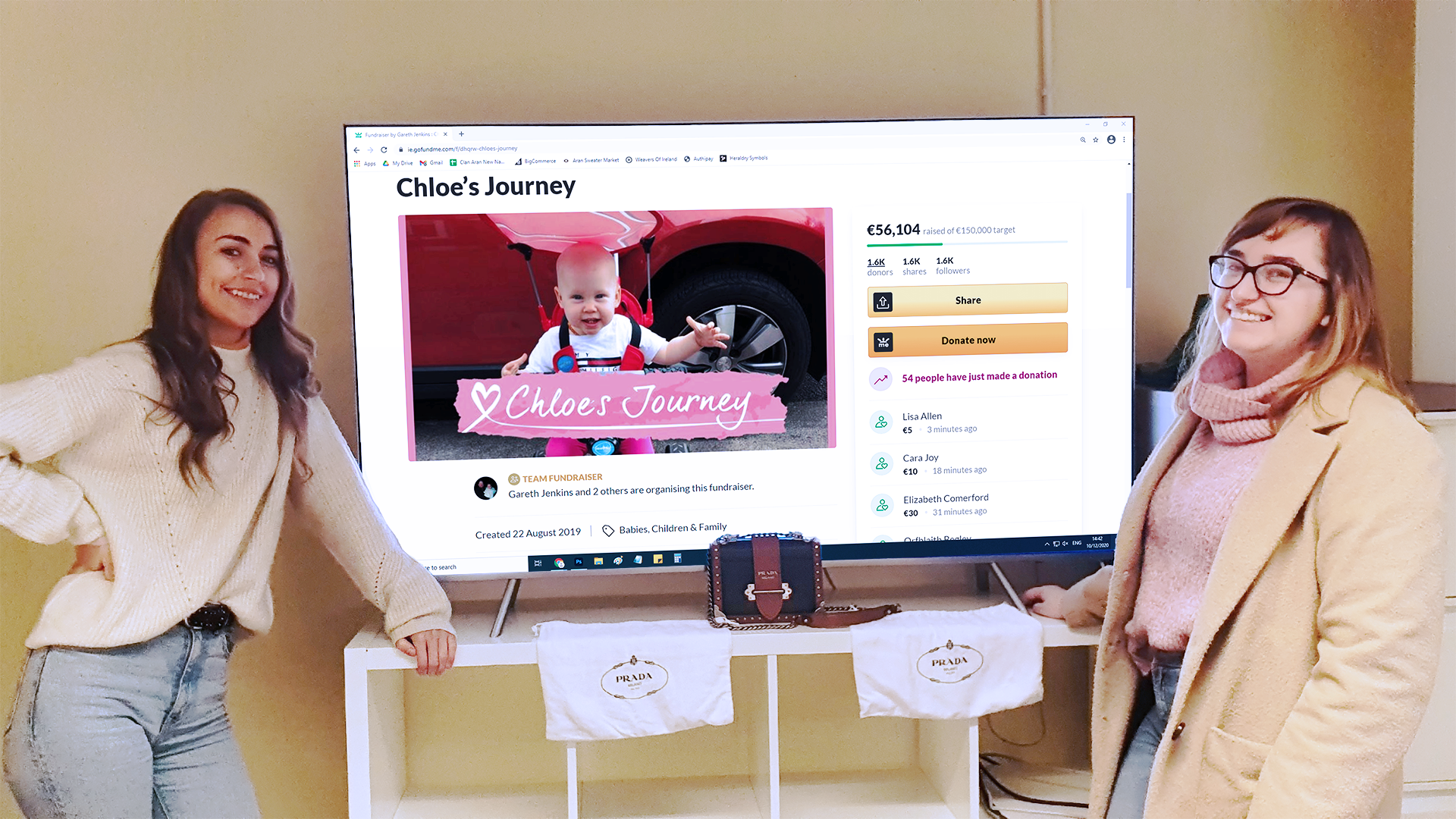 A fundraising effort for little Chloe Jenkins, a toddler who is battling Neuroblastoma - a very rare and aggressive form of child cancer - has been launched by two Killarney girls who are giving away a Prada designer handbag as part of a Christmas giveaway.

The two friends, who work with Chloe's uncle Paddy, were so taken by Chloe's story and how she is bravely battling childhood cancer that they wanted to help.

The limited edition designer Prada handbag is worth over €1,200 and the draw will take place next week on Thursday, December 17. To be in with a chance of winning the girls are asking people to donate the minimum GoFundMe amount of €5 to Chloe’s Journey GoFundMe page.

"We'd been following Chloe's story on social media and just wanted to do something for her and her family,"
Lisa said. "It'd just melt your heart to see her having to go through so much."

Chloe lives in Cork with mom Deborah from Killorglin, and dad Gareth from Dublin.
In March 2019, Chloe was diagnosed with Neuroblastoma which is one of the hardest cancers to cure. Chloe’s Journey was set up to generate funds to help with Chloe’s ongoing care and treatment.
Chloe had surgery in September 2019 which removed her left kidney and 85 percent of the tumour. In December Chloe travelled to Germany for specialist proton therapy to target the remaining tumour entwined around major organs and blood vessels.

In January this year Chloe began a six month intensive immunotherapy treatment. However, in July Deborah and Gareth received the devastating news that Chloe’s cancer had regrown. Chloe has undergone multiple rounds of chemotherapy over this past number of months to try to treat the aggressive cancer. Chloe’s next round of chemotherapy will start on December 18 and finish on Christmas Eve – so hopefully she will be home in time for Santy.

Any funds raised for Chloe's Journey will be used to alleviate the financial stress for Deborah and Gareth so that they can focus on her treatment and be by her side. Funds raised will help alleviate some of the financial costs associated with caring for a seriously ill child, and if the need arises to travel abroad at a later stage for further specialist treatment.

"Seeing how brave Chloe is and how she continues to smile through it all just made us want to help in any way we could. She's so adorable and is a real little warrior," Meadbh added.