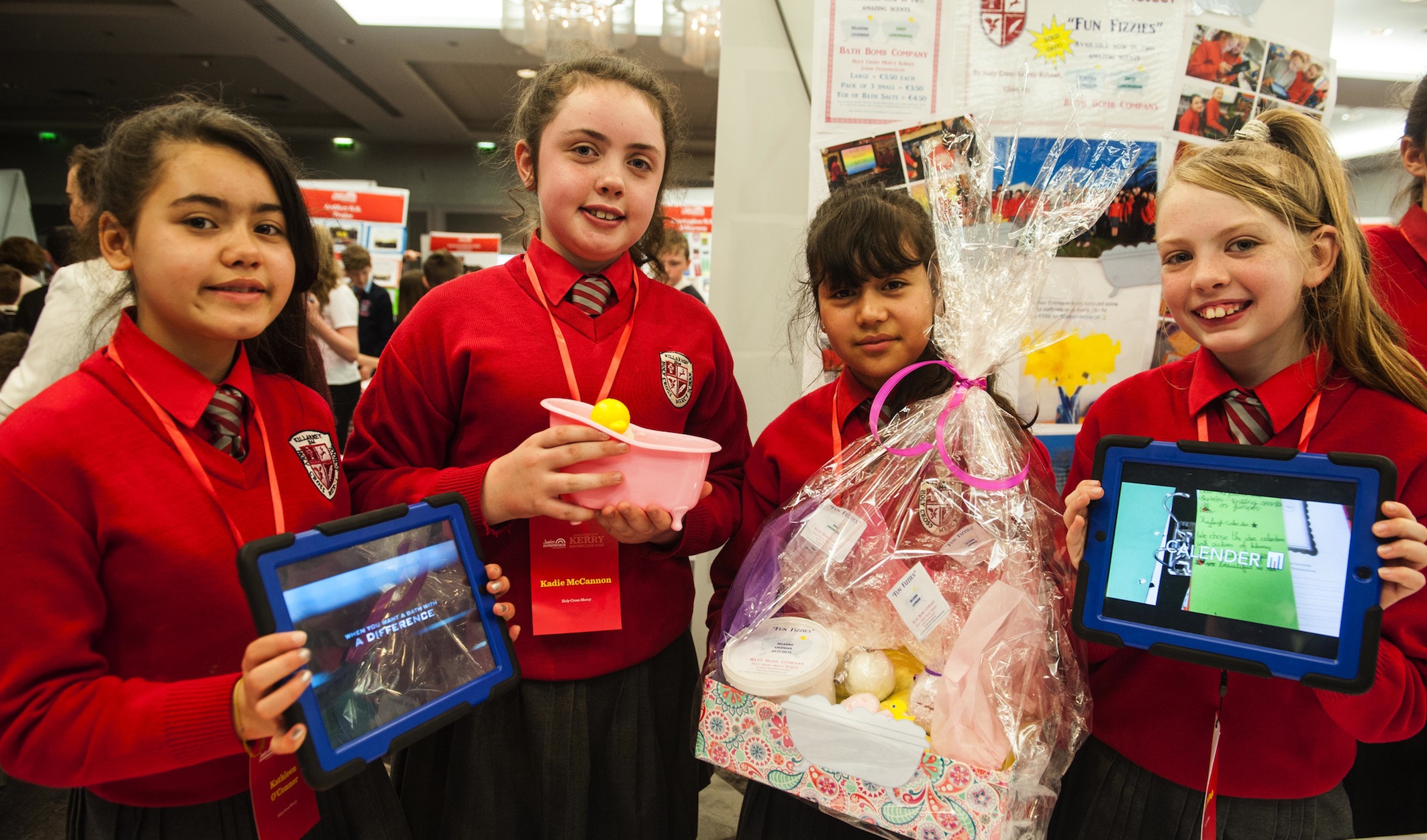 THE pupils of Holy Cross Mercy National School have been adding plenty of fizz, fun and pizzazz to proceedings at a major business showcase for Kerry’s youngest entrepreneurs this morning.

The students unveiled their business Fun Fizzies Bath Bomb Company at the Junior Entrepreneur Programme showcase at The Malton.

Children in Aisling Sugrue’s fifth class and Rhonda Daly’s fifth and sixth class are the brains behind the successful scheme which they embarked on in October.

“Having gathered a lot of knowledge, the girls came up with many enterprising ideas and researched their feasibility. After a lot of thought and consideration the children voted on the idea of starting a bath bomb business,” said Aisling.
“Excitement grew as the children conducted as variety of market research amongst their target market. This included conducting surveys, hosting a focus group and doing a blind scent test between commercial bath salts and bath bombs compared to their own homemade product.”

Soon the Fun Fizzies Bath Bomb Company was set up and production began in the classrooms. The children had to finance the company themselves and each child put in an investment of €3 each into the business – which they later received back when the company made profit!

The girls produced hundreds of bath bombs and bath salts in lavender and lemongrass scents. These products all sold out in record time following the showcase and launch day which was held in January in the school.

The generous girls also decided to donate €588 to the nearby Killarney Daffodil Farm’s fundraiser in aid of cancer research. “Elizabeth O'Shea, a third-class pupil in our school, and her dad, Michael, run the Killarney Daffodil Farm so the charity has a close connection with the school,” said Aisling.
Kathleen O'Connor, Kadie McCannon, Ooma Whieldon and Katie McHugh of Holy Cross Mercy National School with their business

Over a thousand reasons to celebrate memory of Paddy