Thousands of TikTok fans got a chance to see the beauty of Killarney as four of Ireland’s best known TikTokers decided to holiday here this week.

Killarney was the chosen spot for the staycation as Denis O’Sullivan from Cork, James Buckley from Mayo, Gordon Forbes from Cork and Travis Leon from Donegal, who have 217,000 followers between them - made a number of TikTok videos at various locations including Ross Castle and the lakes of Killarney. 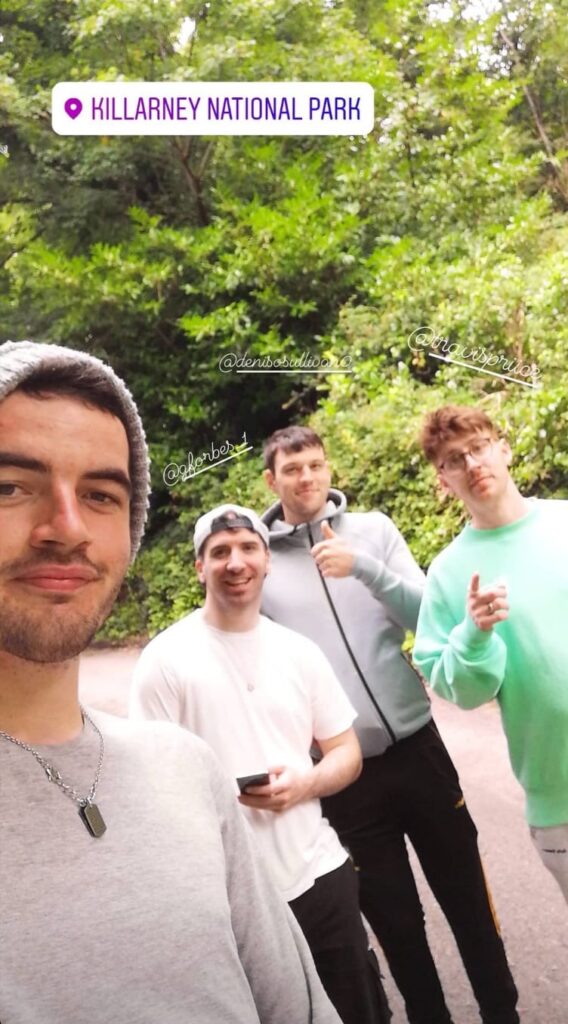 On Wednesday afternoon the group were recognised in the town by young TikTok fans after they enjoyed a bite to eat at The Shire.

The lads became TikTok famous individually on the social media platform by posting funny and quirky videos which saw their fan base rise. As they became Ireland’s most loved TikTokers the four became friends and often post videos edited together which gives them a combined reach of up to one million views.

They decided to holiday in Kerry this week beginning with a trip to Dingle followed by a few days in Killarney town.

When they arrived here they spoke to the Killarney Advertiser saying how beautiful the town is.

“We felt so welcome and comfortable in county Kerry we had to come here on staycation,“ Gordon said.

“On Sunday, we were in Dingle. It’s nice to come and visit Killarney. It’s fantastic on the eye.”