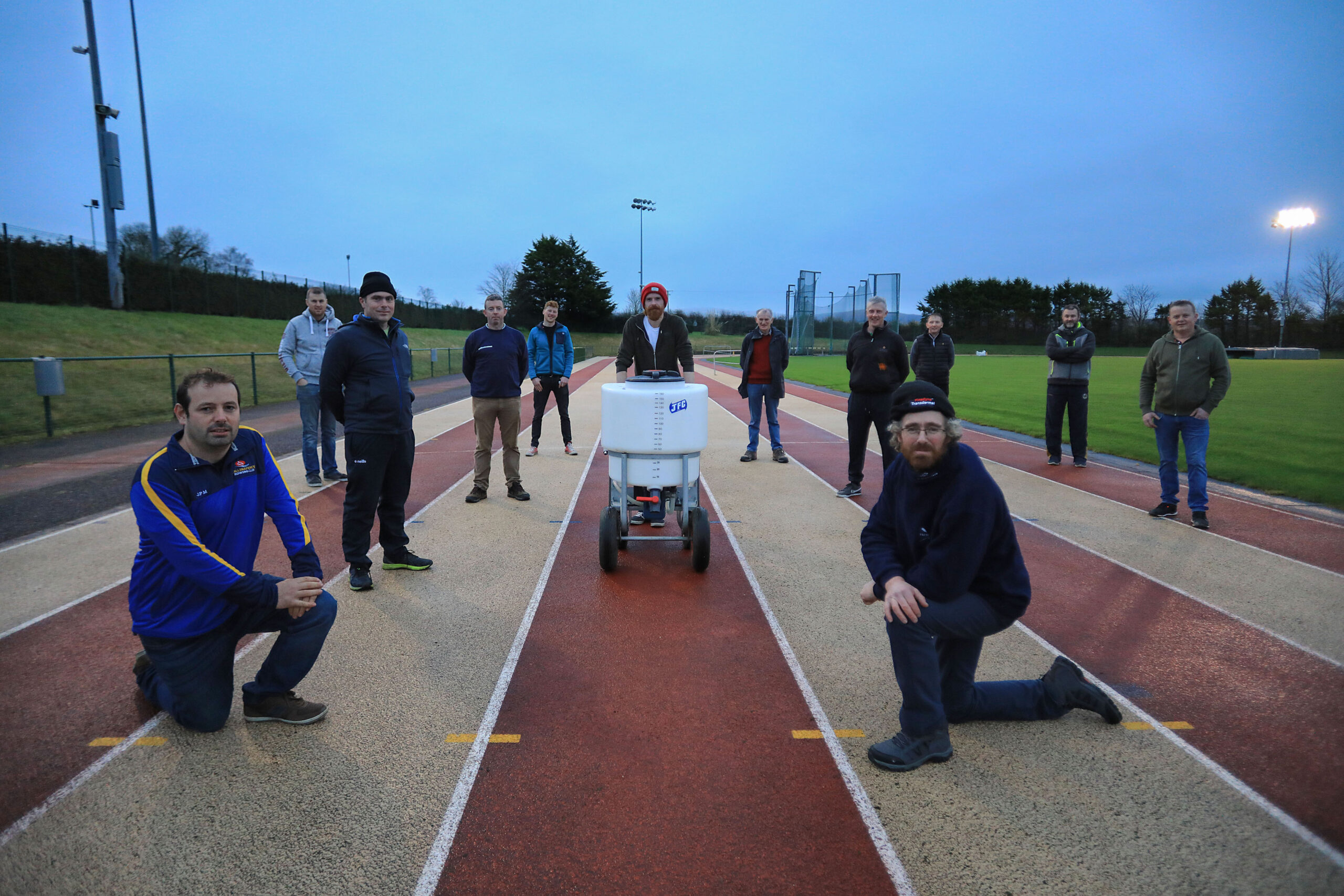 Milk Run…Niall Browne, running, with Members from Killarney young dairy farmers group, have raised €10,000 and rising, from the novel Solstice milk run until sunrise. With their sturdy JFC milk cart, they took it ‘in churns’ to run circuits of An Ríocht, Athletic Track, in Castleisland, a combined total of 137 km, 343 laps, the equivalent of 3.26 marathons in aid of Kerry Hospice Foundation. They began their task at 4pm on Sunday night, and completed just after sunrise at 9.15am. Included in the charity fundraiser were, James Mangan, Chairman, John Fleming, Secretary, Paudie O’Brien, Seamus Foley, Shane Carroll, Paddy Sheehan, Ger O’Sullivan, Teagasc Advisor, Eoghan McCarthy, Tim Fitzgerald, Dan Daly, Colm Counihan, and from Kerry Hospice were, Jack Shanahan, Chairman and Mary Shanahan. Photo: Valerie O’Sullivan

DUSK TILL DAWN: Some of the members of the Killarney Young Farmers Group who took part in the Winter Solstice charity event. Photo: Valerie O'Sullivan

On the longest night of the year Killarney Young Farmers Discussion Group raised a staggering €8,000 for the Kerry Hospice Foundation by pushing a milk-cart over 343 laps of An Riocht Athletic Track.

The group of 15 farmers, from mid-Kerry, took turns at steering the milk-cart around the track.

John Fleming of Muckross Creamery did his stint ‘behind the wheel’ between 4.40am and 6am on Monday morning.

He explained to the Killarney Advertiser the idea behind the plan.

“We wanted to do something to mark the end of the year, but a Christmas party was out. It was first suggested to walk all night on the longest night of the year, but that idea soon grew into the idea of pushing the milk cart,” John, who is the group secretary, said. “We drew lots for time slots, it was agreed that we would turn up 20 minutes before our time to encourage the previous participant, and we were all on track for one hour and 20 minutes each. The Riocht track was ideal, it was safe, well-lit and away from everybody.”

The Killarney Young Farmers Discussion Group was formed as both a business and social group to help and support farmers in the area. As well as group meeting, which were curtailed this year, the group also organises industry site visits and social events. This year they expanded that to include charity events.

Search Killarney Young Farmers on GoFundMe.com to make a donation.

Pleas for families to have organ donation conversation

Compassionate nurse dedicated to her patients