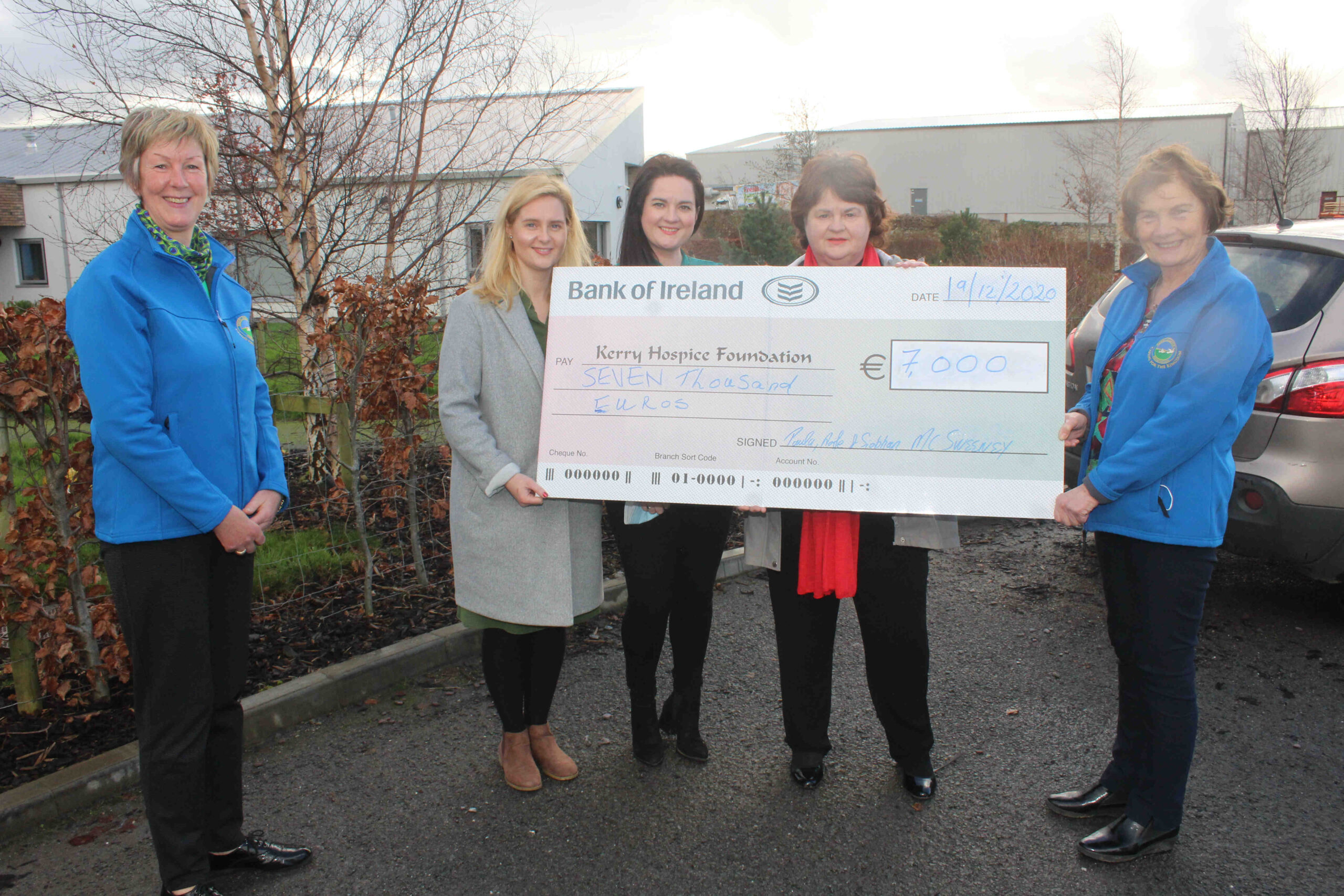 One Killarney family gave a Christmas present that won’t be forgotten to the Kerry Hospice Foundation - a cheque for €7,000!

The McSweeney family, Siobhan and her daughters Paula Horan and Aoife Cowley, raised the staggering
amount for the foundation in memory of their husband and father Donal McSweeney.

The funds will go to the Kerry Hospice Foundation to be used by the Palliative Care Unit at the University Hospital Kerry.

Donal, who was affectionately known as 'Dodo', passed away just over a month ago after a long battle with oesophageal cancer.

Late of Gneeveguilla and Kilcummin he was well-known in country music circles in the region.

“He was the best father and husband we could ever ask for," Paula said. "We always felt like his number one. We will always have very fond memories of him especially music sessions and ‘sing songs’. He played with country music for most of his life. Music was his passion and he always brought families together with his guitar. ‘Dodo’ was at home during most of his illness, however, the last couple of weeks we were unable to manage his symptoms at home."

However, it was made a little easier with the fantastic services he received from Dr Margaret Clifford and the palliative team in Killarney and Tralee, she added.

“Dad always said he is happy he got ill rather than us. This was an example of his selfless personality. It was a hard journey to go through with dad. His room in Tralee was like a “home from home” and we are so grateful we were with him during his final peaceful moments. Dad always said about the nurses that visited him and the staff in the palliative care team that they were “tops”. I got to play the piano for him one last time at the centre. Dad was able to open and close windows with the touch of a button from his bed, adjust the temperature of the room and listen to music. It was so nice to be able to visit dad and know he was receiving the very best of care. He was always treated with respect and dignity. He had his first jacuzzi there and really enjoyed it. We are so lucky to have such fantastic people working here and a fantastic facility in Kerry,” added Paula.

It was a very difficult year for the McSweeney family, Dodo’s sister Joan McCullough passed away in Boston after a long battle with Alzheimer’s.
Siobhan’s brother Seamus O’Connor, the well-known owner of Kitty O’Se’s restaurant in Killarney also passed away in the late spring.