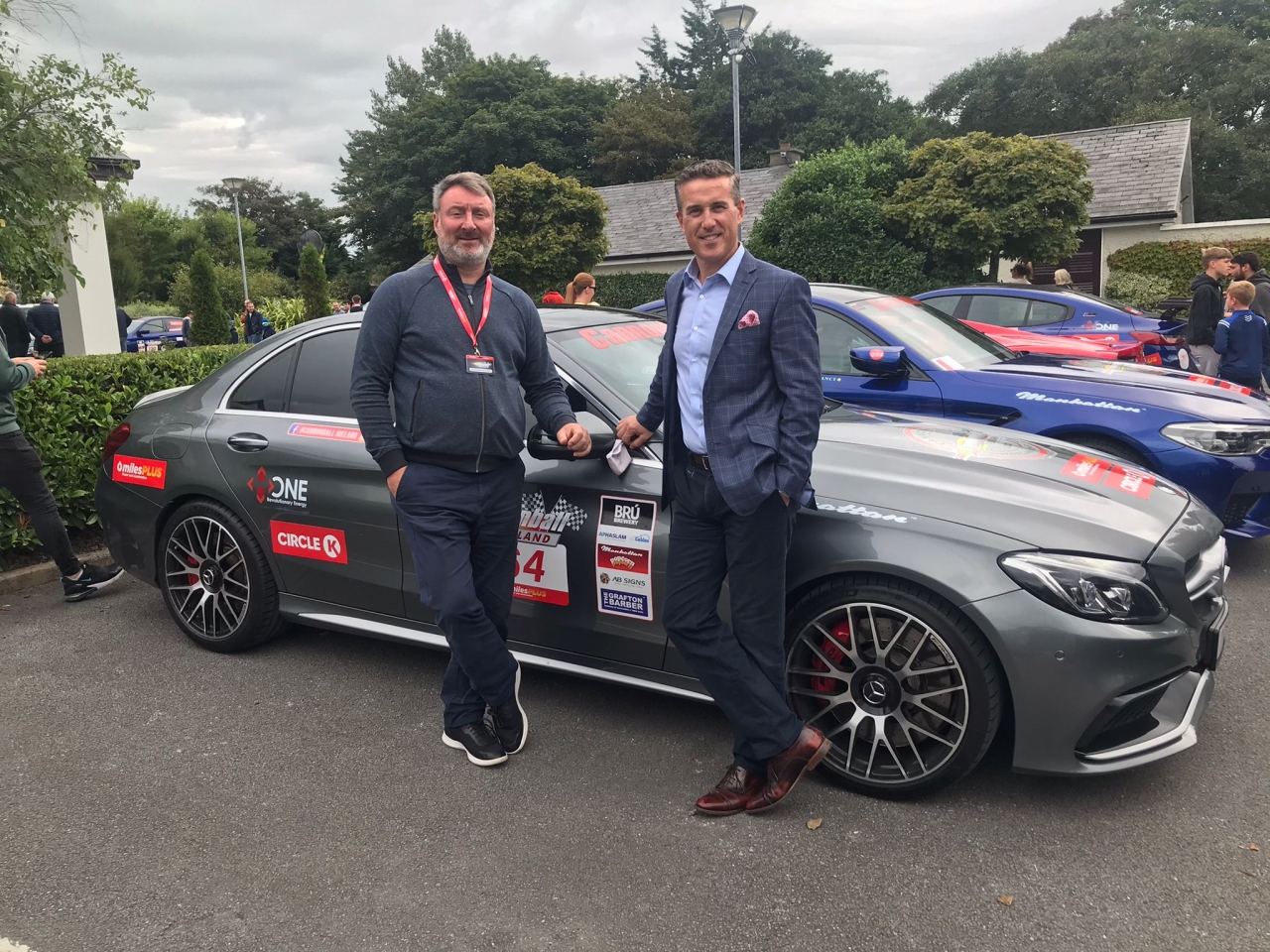 “What am I going to do next weekend?” joked Colin O’Donoghue as he steered a Porsche Panamera Sport away from the Ballygarry House Hotel on Saturday evening. 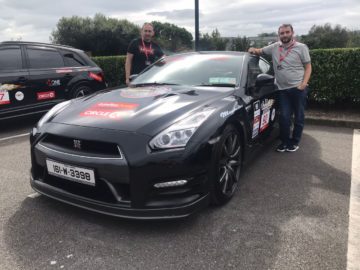 ON THE RUN: Brian and Kieran Glover with their Nissan Skyline R-35 at the Ballygarry Hotel lunch halt on Saturday. 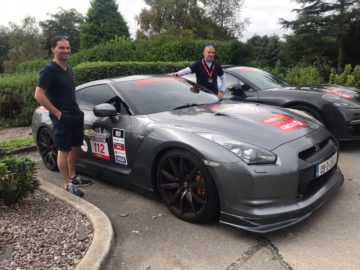 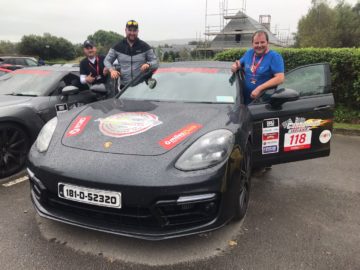 Fresh from his previous weekend’s rally success in Belgium, O’Donoghue and his future father-in-law, Killarney garage owner Tadgh O’Sullivan, were taking part in their first Cannonball Run in Tadgh’s Porsche.

“Where else would see such a collection of these cars in the one place?” said Tadgh.

After an overnight halt in Cork, the one hundred or so supercars made their way to a lunch stop at the Tralee hotel before completing leg-two in Galway later that day.

The cars and their drivers, many of them in fancy dress, took in Kenmare, Moll’s Gap and Killarney before the lunch-stop. They departed Tralee and headed for the Shannon Ferry at Tarbert, under a Garda escort, via Listowel.

The O’Sullivan/O’Donoghue Porsche was just one of several local cars entered in the event that raises funds for the HOPE Foundation.

Killarney garage owner Brian Glover of BG Motors on the Tralee Road, and his brother Kieran were another local team in the road-run. They drove a Nissan Skyline R-35 on the three-day event that eventually finished in Belfast on Sunday night.

“It is an unreal buzz,” said Brian. “Young and old love it and we got an unreal welcome in every town we pass through.”

A similar car was driven by Ken O’Neill of O’Neill’s Power Tools in Milltown and Tralee. The cancellation of the exhibition element of the National Ploughing Championships, due to Coronavirus restrictions, allowed the long-time car enthusiast to participate in the event for the first time.

“The two events always clash and we would be too busy at the ploughing,” he said.