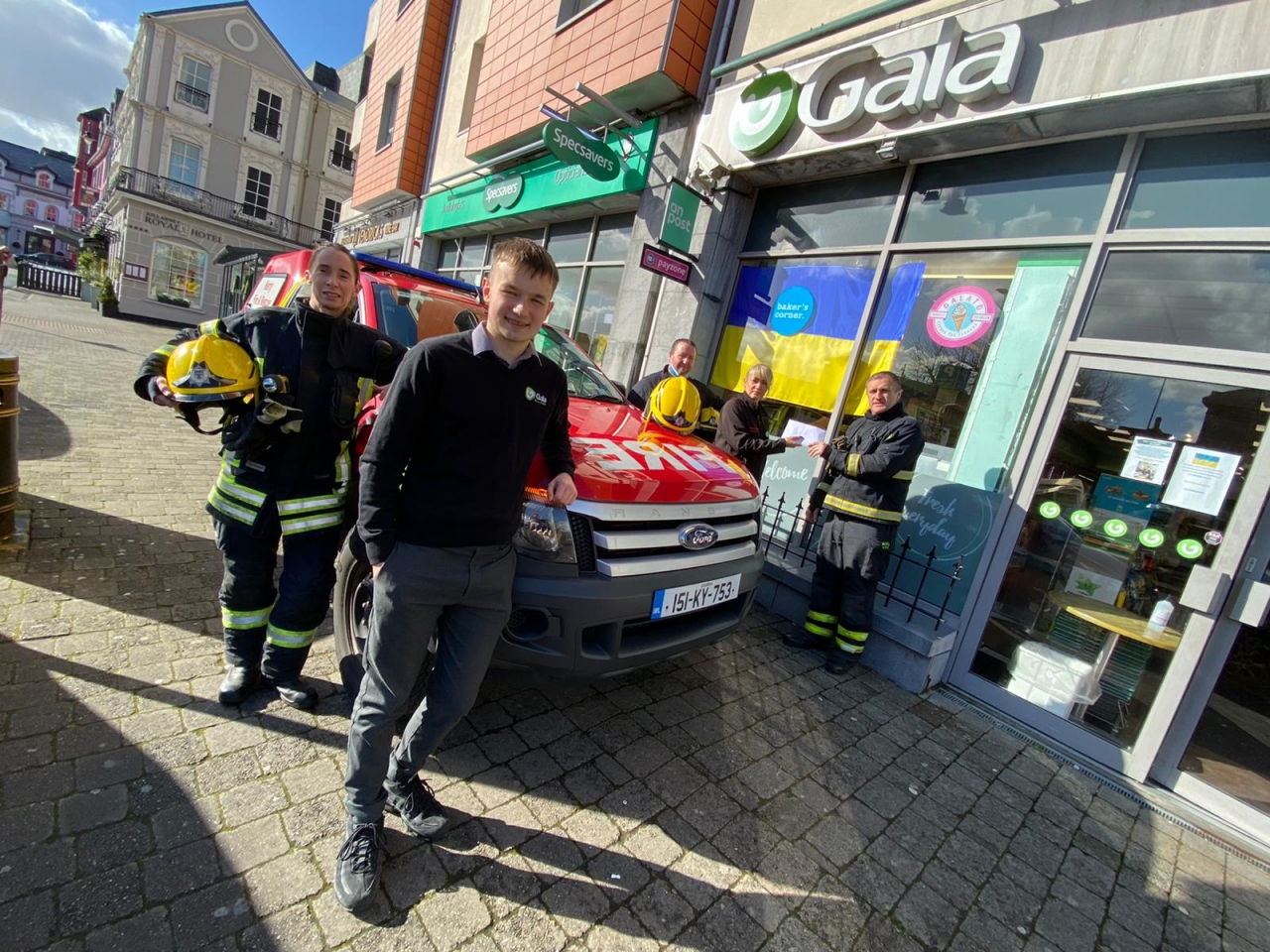 Money raised at the Gala Store in the Courtyard on Upper College St last weekend will go directly towards the purchase of a fire engine in war-torn Ukraine.

The store is managed by Iryna Rudenko, whose home city of Sumy has been devastated by the war. She organised a fundraiser for her home country last Friday.

She raised €2,100 through the sales of tea and coffee at the store but she could not decide which one of the many worthy Ukrainian fundraisers she should support.

Meanwhile, members of Kerry Fire and Rescue have started a separate fundraiser. They want to raise €50,000 to buy a fire engine and deliver it to the Ukrainian border where its most needed.

The plan was devised at Tralee Fire Station but has since grown and has now expanded to stations all over the county including Killarney Fire Station.

When Iryna heard about the firefighters’ plan she knew immediately where the money her customers had donated should go.

Sumy is about five hours drive east of Kyiv and very close to the Russian border. On Monday of this week her home town suffered a heavy attack from Russian military, 21 people died, including two children. The city in the North Eastern corner of Ukraine is now one of many that has a dedicated humanitarian corridor linked to it in an effort to get civilians to safety.

“I would like to donate the €2,100 we raised at our Coffee Morning in Gala The Courtyard, Killarney last Friday for my fellow Ukrainians," she said.

"I was overwhelmed by the support and generosity of the people of Killarney and I reassured them that all monies raised would be donated to a very good cause, and I believe this is a very worthy cause and a fantastic idea.”

Iryna remains very concerned for family members in Ukraine. Her cousin and nephew signed up for the Ukrainian army at the start of the war two weeks ago. She knew one of the people killed in Monday’s attack on her city.

“There are two children in bad condition in hospital,” she added. “My best friend lives in Belgium and she lost family too.”

Trevor Kelliher of Tralee Fire Station that he contacted Pavlo Serdiuk who is a 23-year-old Ukrainian who was living and working in Cork as an apprentice plumber. Pavlo was recently on RTÉ news as he has headed home to help defend his home country.

“Pavlo has put us in touch with the local fire service in Ukraine who will receive equipment that is both donated and bought through this fundraising. Any help will be greatly appreciated and all money raised will be directly sent in forms of fire and rescue equipment to Ukraine with an official handover.”

Funds can be donated via GoFundMe: Help Ukraine Fire And Rescue with equipment.

Woman head to the great outdoors

Fundraising dance for victims of Ukraine