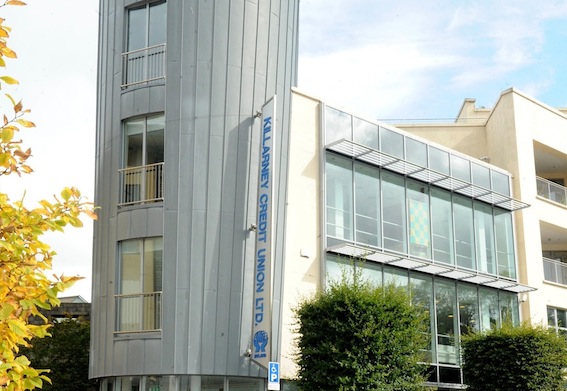 KILLARNEY CREDIT UNION has €45 million available to lend in 2017 and has in the past year provided €13.1 million in loans in the local community.

These and many more figures emerged as Killarney Credit Union held its annual general meeting in December. The event, in The Gleneagle Hotel, Killarney, heard how the credit union is now serving the needs of 25,000 members.

With the initial signs of economic recovery in the local economy, members’ confidence has seen a saving increase of 8% bringing total savings in the credit union to €91 million. Due to this increase, in July 2016, the Board of Killarney Credit Union took the hard decision to limit savings to €50,000 per member. This decision affected less than 1% of the membership of the credit union and is being monitored on an ongoing basis.

The credit union declared a dividend of .25% on shares held in the credit union. The credit union introduced a new IT system in October which allows for greater functionality and this includes online banking and mobile apps for members. It also introduced a range of new loan products including home, business, and bridging finance during the year.

“There is strong demand for the development of new products and services such as electronic payments, direct debits, debit cards, insurance cover and new loan rates. We are continually reviewing our product and service offering for members to meet their needs. Our home and business loan products are proving popular with members since their introduction this year,” added Mr Murphy.

Pat Delaney, chairman of Killarney Credit Union, added: “We are proud of the role we continue to play in being more than a financial institution but a valuable resource to the South Kerry community and its people. Even though the initial signs of economic recovery are clear, it is only right that every credit union continues to make responsible and prudent decisions going forward. We are delighted to offer our members a return on their savings by paying a dividend this year. We would like to thank all of our members for their continued loyalty and support of our services.”

Round of applause for International Hotel team