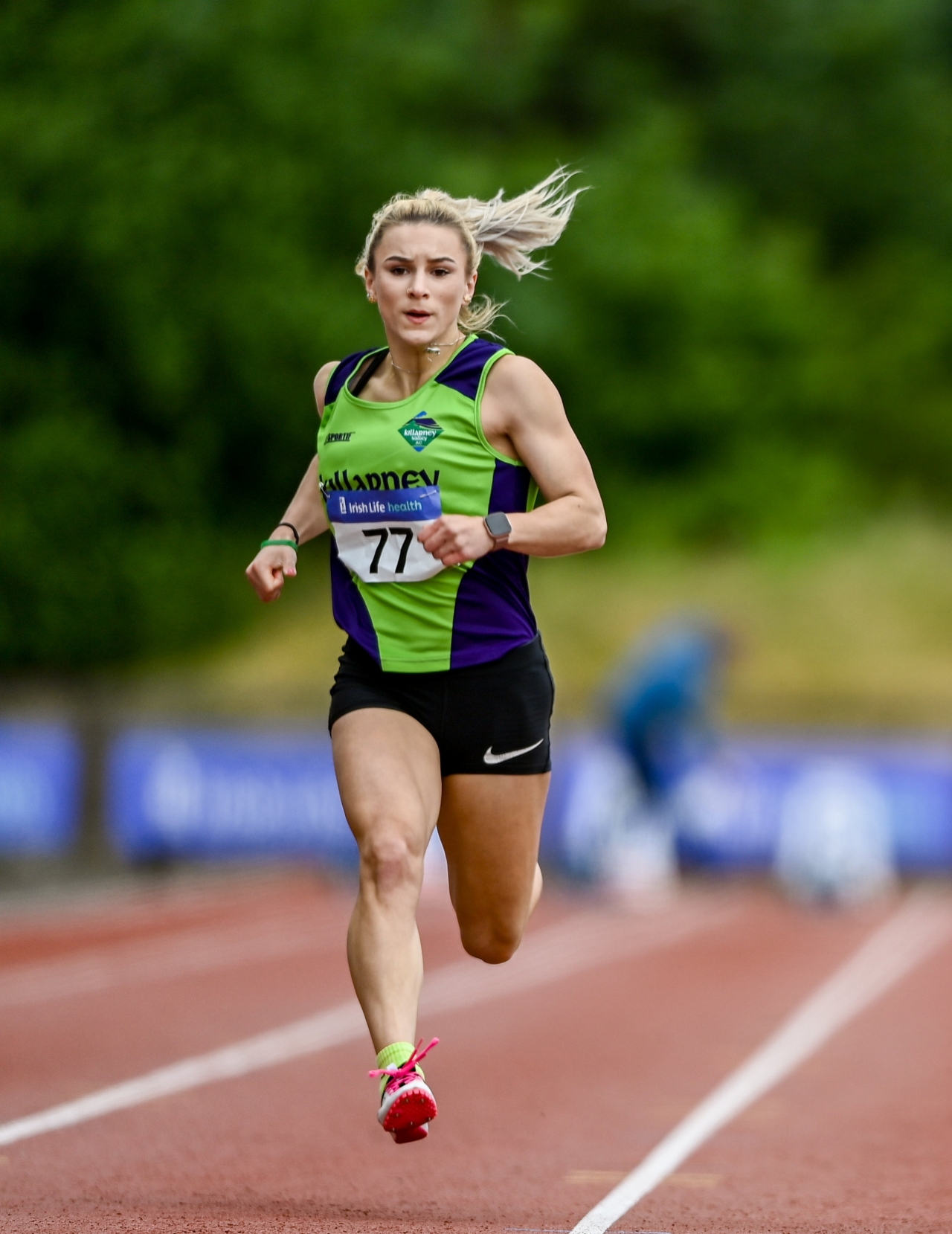 GOING PLACES: Sarah Leahy will race for Ireland in the USA later the month

Sarah Leahy of Killarney Valley Athletic Club has been selected as part of the 4x100m relay squad for the Irish senior international team for the upcoming World athletics championships in Oregon in the USA later this month.

This is one of the local star’s biggest achievements to date.

Famously athletic legends like Eamon Coghlan and Sonia O'Sullivan won at these games.

“This is a massive and well deserved personal achievement for Sarah. It is also a great honour for the hardworking Killarney Valley Athletics Club.,” said club coach Jerry Griffin.

“Sarah is an inspiration for all athletes in Kerry and a great role model for young females. Sarah has demonstrated if you follow your dreams, stay in sport as a young lady and work hard, then anything is possible.”

Oisin, who is coached by his father Con the distance coach at Killarney Valley Athletic Club, who was also a very accomplished distance athlete and in his career won the 1500m at the World Police Games amongst other accolades.

New IT scholarship launched by Liebherr

Know Your Rights: Back to School Clothing and Footwear Allowance