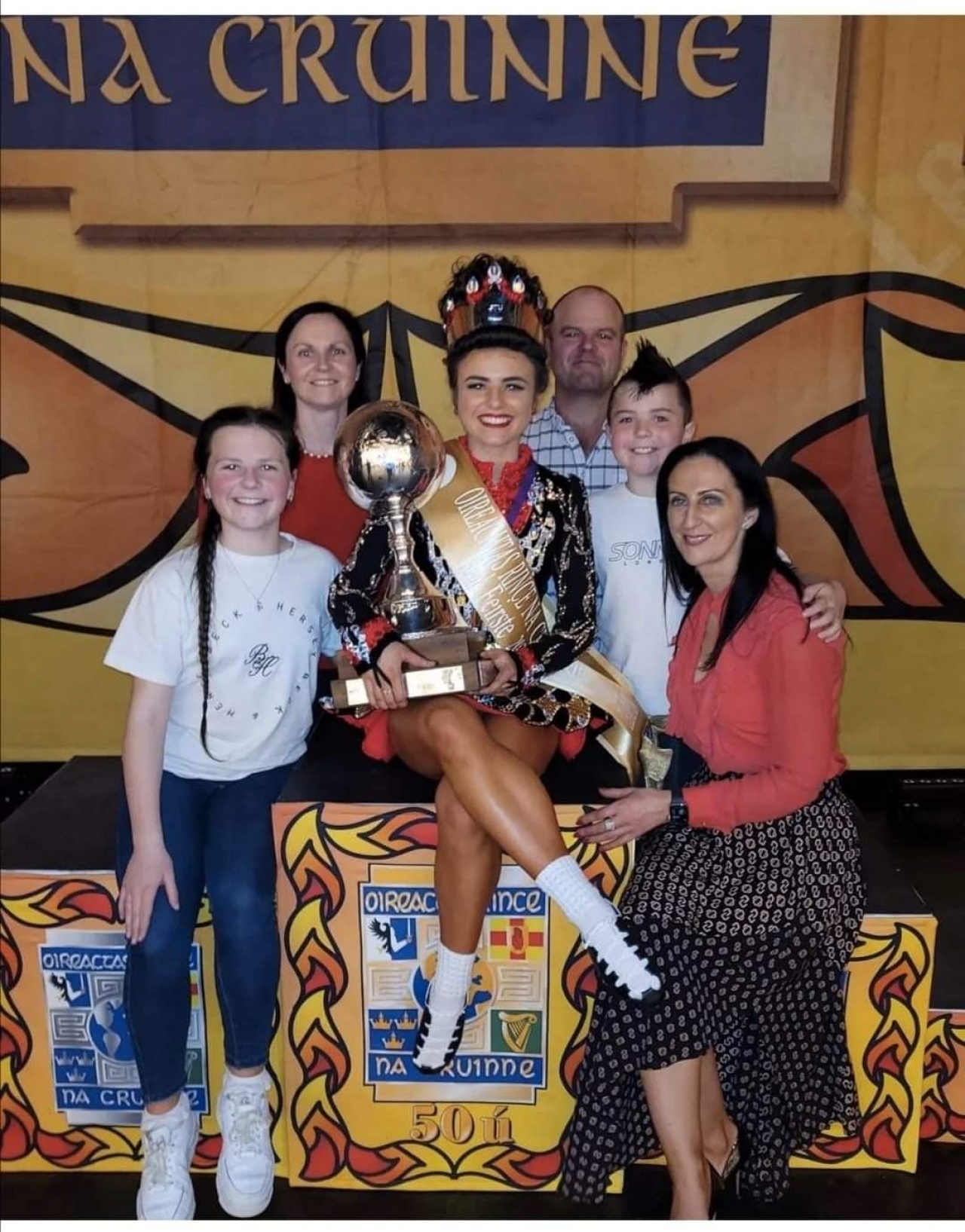 WORLD CHAMPION: Caoimhe celebrates her world title with parents Geraldine and Garry her sister Sadbh and bother Aodhàn and dancing teacher Áine Murphy at the Waterfront in Belfast on Wednesday.

A 14-year-old Kilcummin girl is celebrating this week after she won the World Championship in Irish Dancing.

On Wednesday, Caoimhe O'Halloran faced 210 other girls in the An Coimisiún Le Rincí Gaelacha (CLRG) World Championships in Belfast.

This a different competition to the Chomhdháil World Irish Dance Championship which is taking place at the INEC this week.

Caoimhe, who trains locally with the Áine Murphy Academy of Irish Dancing in Gneeveguilla, was judged on three different disciplines at the competition, a hornpipe, reel and set.

The St Brigid’s Secondary school student was determined to go one better than her second place at the CLRG world championships in North Carolina three years ago.

The international competition did not run for the last three years due to the pandemic but there has been several Irish competitions since then.

Pre-COVID Caoimhe won the All-Ireland title and last November she was crowned Munster champion at an event in Killarney.

Her proud mother Geraldine said her success was down to serious commitment and dedication.

“Caoimhe was determined to go one better than Greensboro,” she told the Killarney Advertiser. “She practices three evenings a week, for three hours, so there were a lot of hard calls made. There was no meeting friends and other things teenagers get up to.”

Park rangers to use technology to identify fire hazards