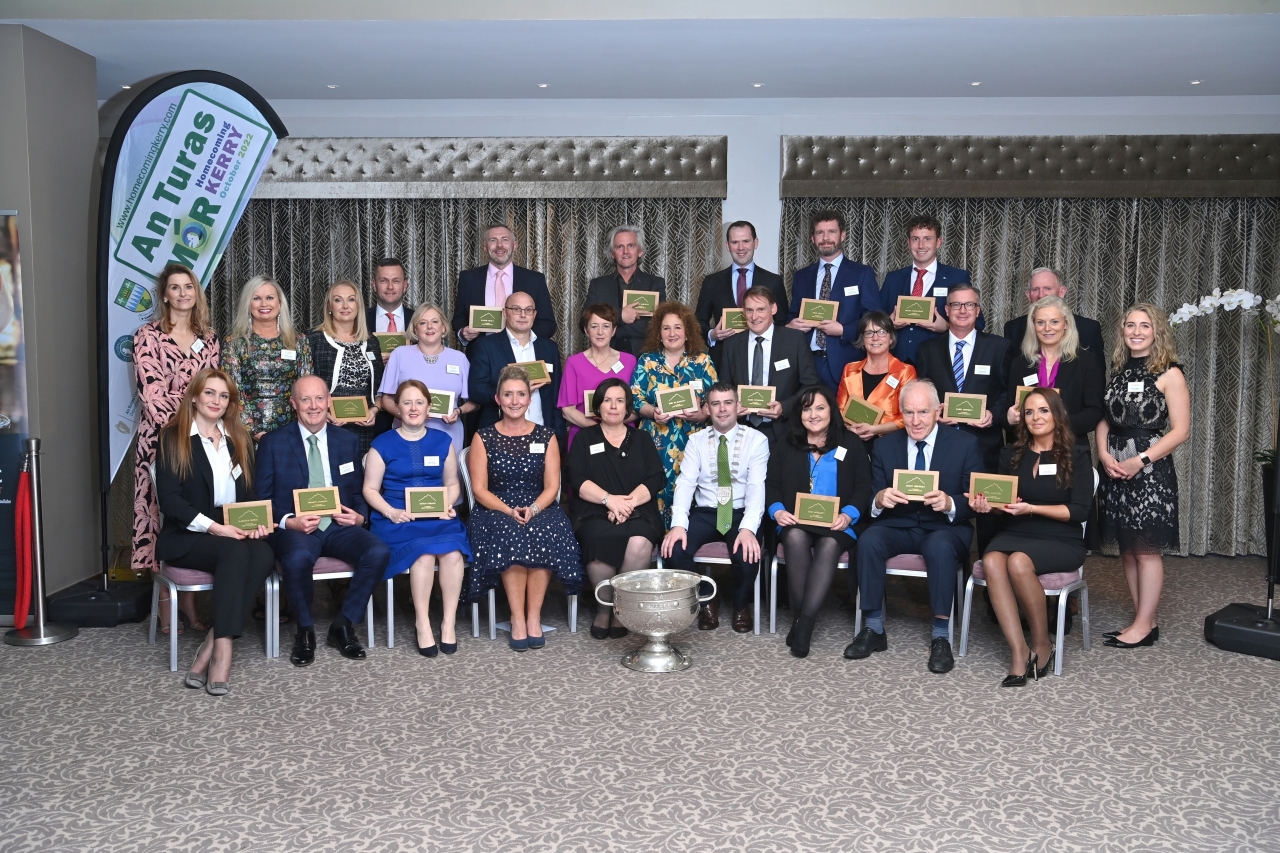 Almost 40 highly regarded key influencers and decision-makers who hail from Kerry - including Killarney - are part of a new pioneering programme to drive economic growth to the county.

On Friday night the Kerry Ambassador Programme, which aims to raise Kerry’s profile as a global business hub, was officially launched.

In an event held at the Rose Hotel Tralee as part of Kerry County Council’s ‘An Turas Mór – Homecoming Kerry Diaspora Festival', the Kerry Ambassadors were formally inducted into the programme.

These founding Ambassadors comprise of 37 highly regarded key influencers and decision-makers who hail from Kerry and across the globe, representing sectors such as community, enterprise, academia, business, engineering, medicine, science, technology, sport, arts and culture.

After being presented with a commemorative plaque acknowledging their appointment, each Ambassador had the opportunity to network with the programme partners and invited guests.

The official launch was followed by an evening of celebration of Kerry’s Diaspora as part of 'An Turas Mór Kerry Homecoming' dinner and awards ceremony, which was presented by Kerry County Council to acknowledge and celebrate Kerry’s Diaspora success stories, both within Ireland and overseas.

What is the Kerry Ambassador Programme?

The programme has been created for community and industry leaders who are interested in supporting the county by influencing and attracting business events and investment opportunities to Kerry.

The initiative provides a platform for founding Ambassadors and programme partners to work together in pursuit of a common goal – to advocate for Kerry and to contribute to Kerry’s ongoing economic growth and recovery, by placing Kerry on the national and international stage as a premier business events destination and a place to do business.

“We are thrilled to be launching this programme as a collective county initiative, with such an impressive and respected group of individuals, who have demonstrated their commitment and passion for their county by accepting the role of founding Kerry Ambassador,” Becky Hargrove, Manager of Kerry Convention Bureau, said.

“To be an ambassador is to advocate for Kerry. Our ambassadors will use their knowledge, and where possible and appropriate, assist Kerry Convention Bureau and our industry partners in identifying new business events and or investment prospects for the county. As Kerry continues to build on its reputation as both a future focused premier business events destination and one of Ireland’s leading knowledge and innovation hubs, where industry collaboration drives success, the launch of this initiative is timely.”

Patrice O’Mahony, Commercial Development Officer at Fáilte Ireland, added that “over 75% of all conferences confirmed for Ireland each year are secured by an ambassador and this is why the Kerry Ambassador Programme is so important".

"By encouraging individuals and companies to consider Kerry as a place to hold events, do business, progress a career and a location of choice for investment, both private and public, these founding Ambassadors will play a significant role in promoting economic, social and community outcomes for Kerry.”