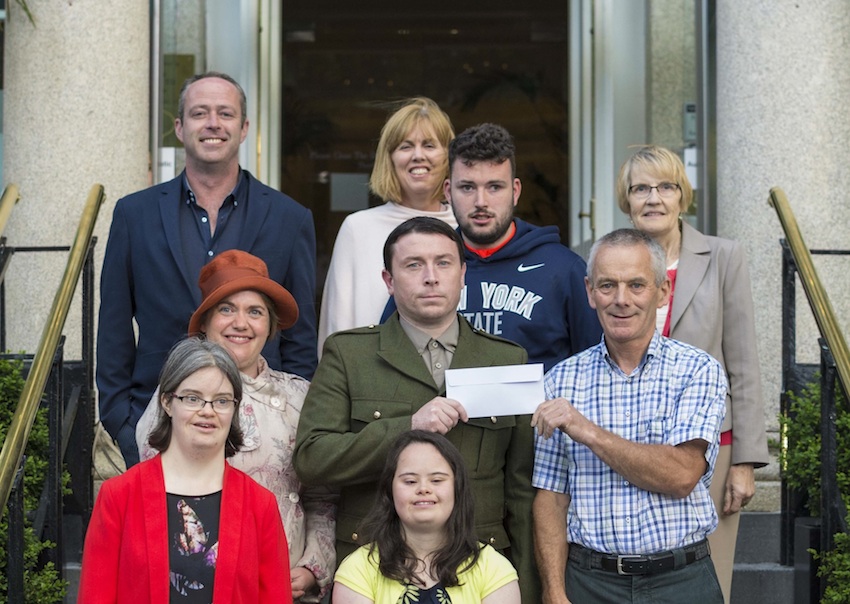 THE Kerry Stars Special Olympic Club has welcomed a windfall thanks to the author and cast of smash-hit production Patrick.

Author Aidan O’Connor and the performers from the show gathered at The Malton last night to make a donation to the club, which is close to Aidan’s heart. “Oisin, my son, is a member for many years and I’ve spoken and written many times publicly on the issue of special needs,” said Aidan.

Between Rathmore and the INEC, Killarney, 4,000 people have seen Patrick. The cast and crew are to be awarded a civic reception later this year and hopes are high that another performance will be staged – perhaps towards the end of the year.

“The Ireland that Patrick O’Connor and all of the others died for in 1916 was one where everybody, including all of the Kerry Stars athletes, could feel equal and loved,” said Aidan.

“Patrick O’Connor died so that the Proclamation might be fulfilled, so that people like the Kerry Stars would be cherished equally as children of the nation.”