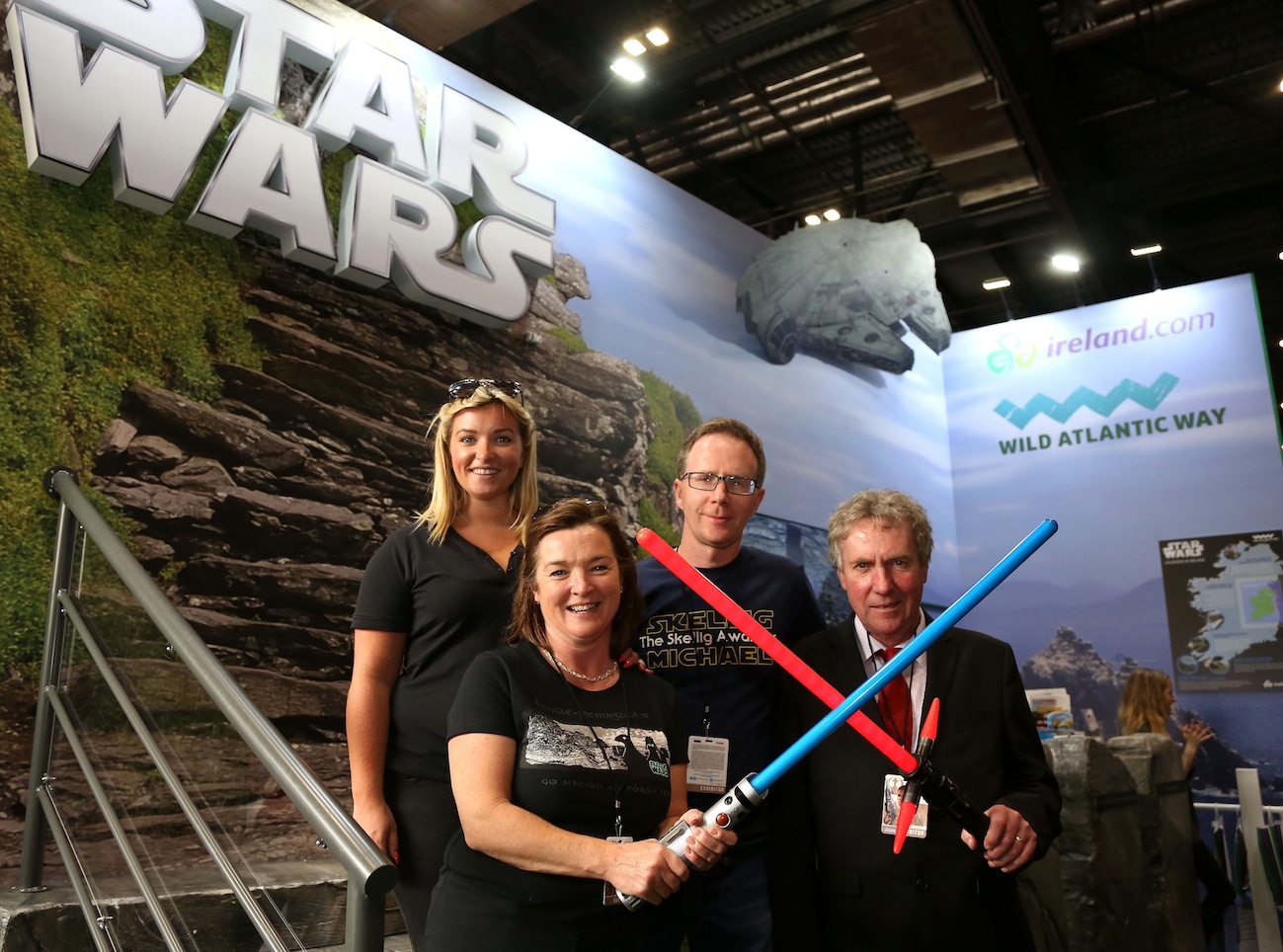 SKELLIG MICHAEL’S appearance in the most recent instalment of Star Wars presented Tourism Ireland with a truly unique opportunity to highlight the South West to fans of the science fiction franchise around the world. And the good news for Irish tourism is that this didn’t signal the end of the Star Wars journey in Ireland. Location scouts were so taken with the Wild Atlantic Way that locations from Kerry, Cork, Clare and Donegal were also selected to appear in the upcoming Star Wars: Episode VIII.

To continue to maximise the Star Wars connection with Ireland, Tourism Ireland – together with three Kerry tourism operators – attended Star Wars Celebration 2016 in London. Described as the “ultimate fan experience”, it runs over three days each year, attracting tens of thousands of dedicated Star Wars fans from around the world and providing a superb opportunity for Tourism Ireland to promote Kerry and the Wild Atlantic Way.

Emma Gorman, Tourism Ireland, said: “Star Wars: The Force Awakens broke box office records around the world last December, bringing the magnificent scenery of Skellig Michael and the Wild Atlantic Way to the attention of millions of people everywhere. The fact that the next episode was also shot on location along the Wild Atlantic Way earlier this year is another fantastic coup for Irish tourism – and the Star Wars Celebration event in London was a fantastic platform for us to reach a huge number of Star Wars fans, whetting their appetites to come and visit Kerry and the Wild Atlantic Way.”