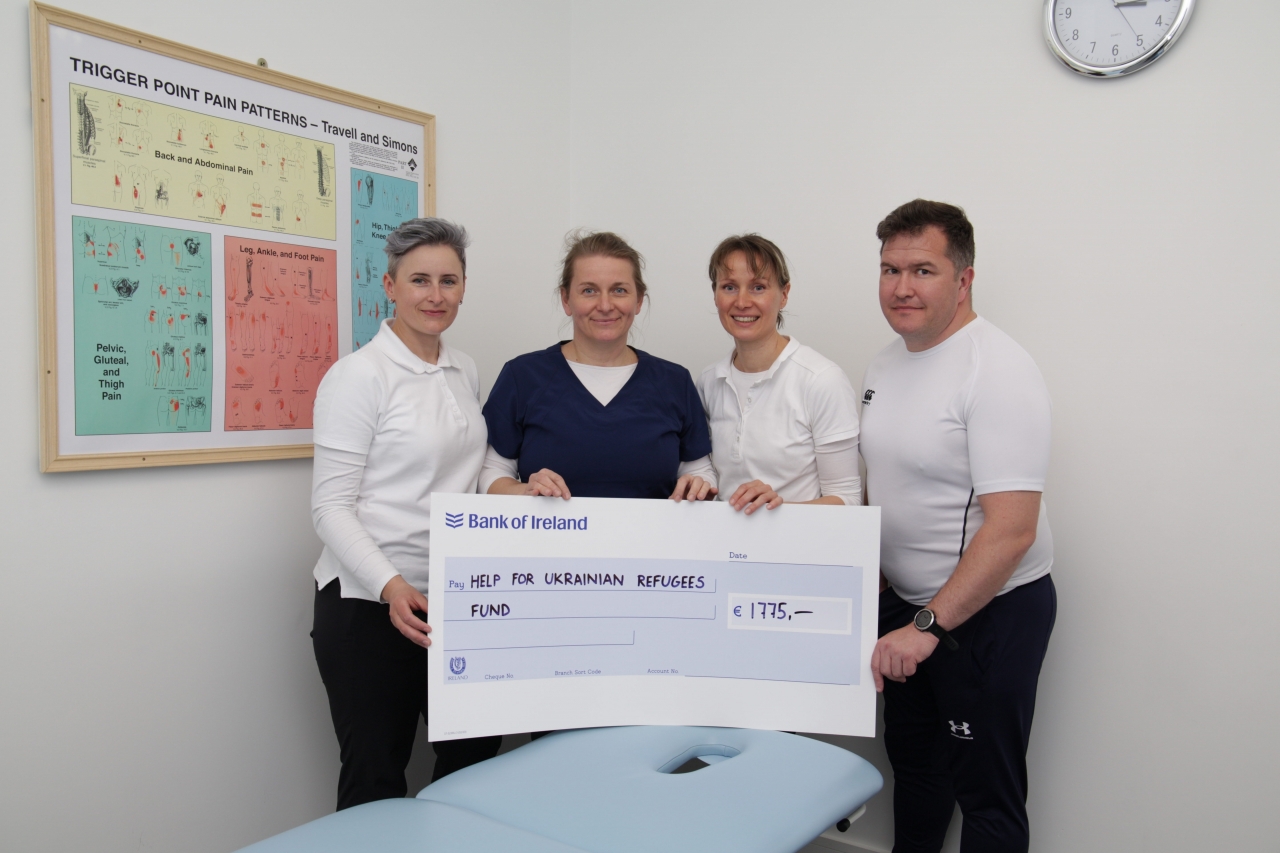 Giving to others is what one business owner does best and this week was no different as a substantial donation was given to local Ukrainians.

Jana Lalikova from the Czech Republic owns Perfect Therapy rehabilitation and physiotherapy practice at the Reeks and has fundraised for other causes over the past few years.

She felt such helplessness when news of the invasion of Ukraine by Russian forces broke and she and her staff were keen to do something to help.

Using their skills, they immediately arranged massage sessions with donations to go towards helping raise money to help those displaced by the war.

Two days were organised for the fundraiser, Saturday March 12 and 19, with each individual massage costing €30 for 30 minutes and in total €1,775 was raised.

"We wanted to do something to help," Jana told the Killarney Advertiser.

"The community is brilliant. Most of them paid more than €30 and there were people that didn't receive a massage and made a donation. I'd like to say thank you to the people who were amazing in how they supported this."

Initially Jana thought they'd donate the funds to the Red Cross Ukrainian Appeal but they have now decided to give the money to the refugees who have recently arrived in to Killarney town.

"We were sure at the start that we would give it to the Red Cross and we sat down and decided it would be better to help locally for the people who have arrived here. We decided to buy vouchers for Dunnes Stores and One4all as there are a lot of shops in town who take these vouchers. It's like a circle that the money is staying here too."

Park rangers to use technology to identify fire hazards