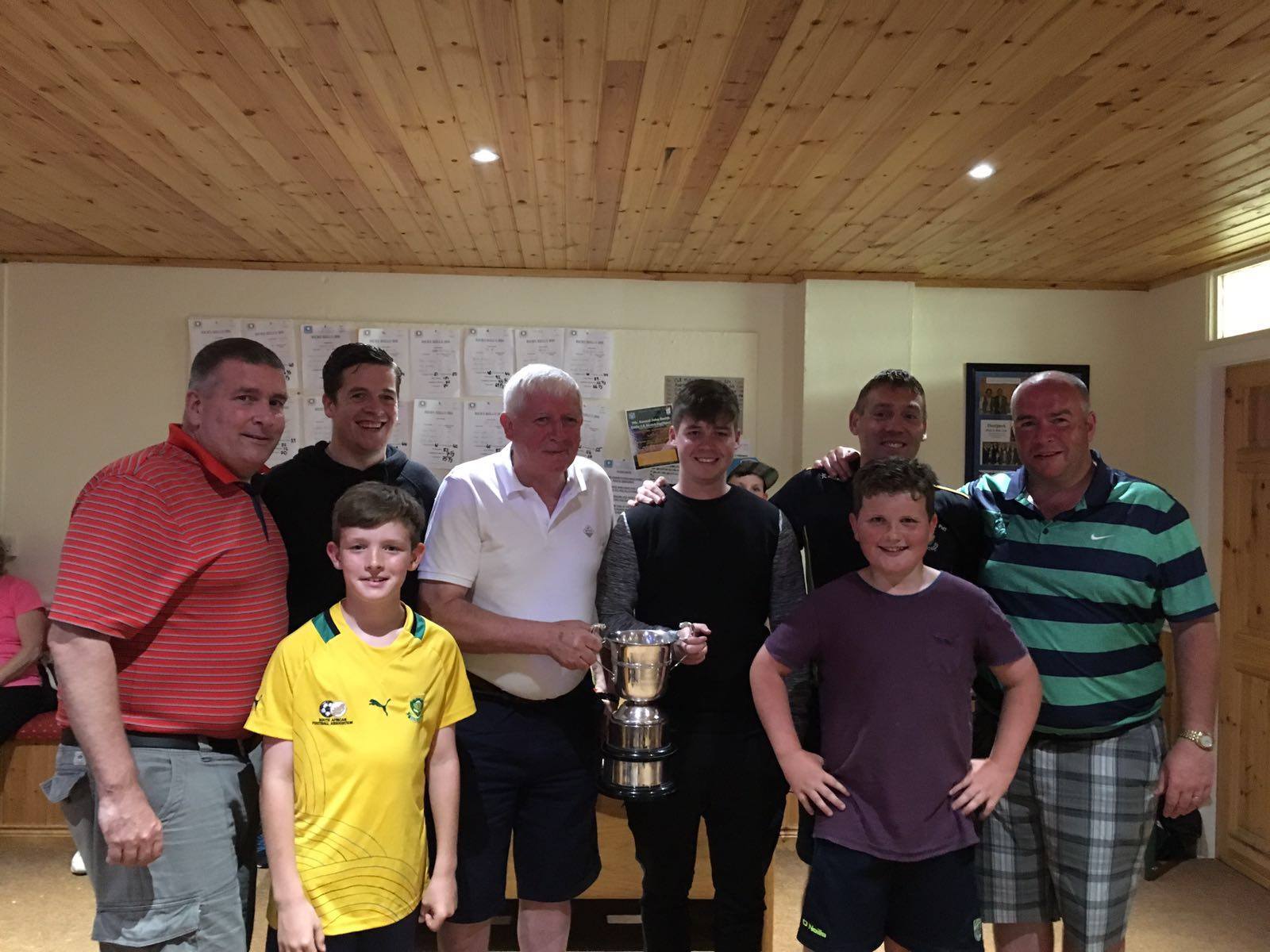 OVER 25 teams vied for glory in the 25th-anniversary staging of the Ricky Kelly Memorial Pitch & Putt Tournament at the weekend. Sponsored by the Tatler Jack Bar, the popular event took place at Deerpark Pitch & Putt Club.

The three-ball scramble format provided some great scoring over the weekend. For the second year-in-a-row James Fleming was on the winning team as he joined forces on this occasion with both Creagh Courtney and Phillip O’Connor to win the event with a magnificent score of 31 under par and a score of 63 nett. That was one shot better than the team of Aidan and Kieran O’Keeffe along with Niall O’Mara who finished second on 64 nett.

The overall gross prize went to the Liebherr-sponsored team of John McGrath, David Maloney and David McIndoe Jnr with a score of 82 (26 under par). The mixed nett saw more success for the Fleming family with James’s brother Damien Fleming, Damien’s wife Sharon and brother-in-law David O’Donnell winning the prize with a score of 66 2/3. The non-members’ prize saw some high-profile entries not least three Kerry senior players as Colm Cooper did battle with inter-county colleagues Brian Kelly and Jonathan Lyne (who played together on the same team) for the prize. In the end Colm teamed up with Jamie and Shane Doolan in a Tatler Jack Bar-sponsored team to win the prize with a score of 64 1/3 nett.

The prizes were presented at Deerpark on Monday night as part of a barbecue and evening of entertainment under the eventually arrived sunny weather. Traditional music group Meitheal along with singers Jackie O’Mahony and Donal Shine performed on the night as Ricky’s memory was once again honoured 25 years after his death in 1991 in the very tournament he was instrumental in starting.

“Deerpark would like to thank all who supported the event either by means of entering teams or by means of helping out which the festivities on Monday night. We look forward to 2017’s event with renewed vigour,” said Jason O’Connor of Deerpark Pitch & Putt Club.

It’s time to tee up for footgolf tournament

Baler revs up to make history in Black Valley