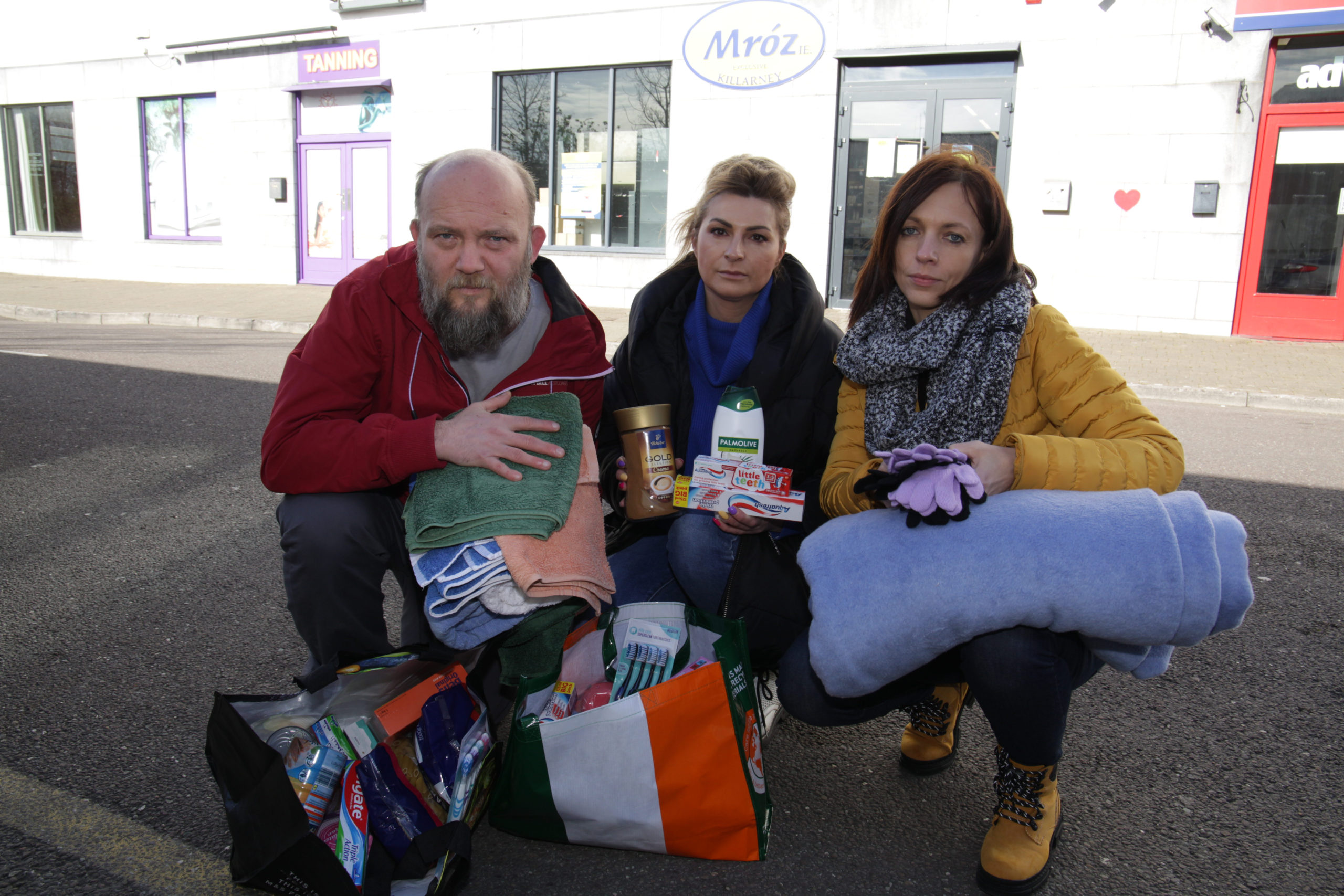 OVERWHELMED: Iza Dian, Diana Sobas Gorka and Konrad Paprocki who are organising the Kerry for Ukraine collection are overwhelmed by the countywide support to help the people of Ukraine. Photo: Michelle Crean

The overwhelming amount of donations pouring in from thousands countywide to help Ukrainian people has left organisers overwhelmed and extremely emotional this week.

A compassionate plea to the people of Kerry was made by Polish people living in Killarney, for practical donations to help those who left Ukraine with just the clothes on their backs, and donations are pouring in across different drop off points in Kerry including Killarney.

It's hoped that once sorted and packed up the goods will be moved to a local warehouse and ready for trucks to deliver to Warsaw in Poland early next week, ready to then be distributed along the Ukraine border.

“We just came up with an idea to help, it’s not political, it’s humanitarian. We were never prepared for the support we got,” Konrad told the Killarney Advertiser.

“I want to assure anyone I can that I will do everything within my power to get them [items donated] to Poland. We’re cooperating with the Polish Red Cross. The Irish Red Cross is separate and they are collecting money. We won’t accept any money.”

For any further items donated in the coming days they are asking that goods be boxed up but not sealed, and they also need donations of tape to seal up the boxes. They are asking also that food stuff be packed separate from medical items.

He added that Poland is very much “united with the world” when it comes to helping Ukraine and that he can’t thank the local people and the businesses enough who have offered so much help over the last few days.

Iza fears Russian troops could move into Poland next and says she’s worried for her family.

“Poland could be next and I’m worried for my family. I have a 92-year-old nan. I was talking to my father yesterday who lives on the west side of Poland he said it’s very well organised in the big cities [helping Ukranians] but the amount of people there is shocking to him – but no one is left behind which is amazing.”

And speaking of Putin’s reign of terror, Konrad said what Putin is doing is just evil.

“If someone threatened to use nuclear weapons against the world like he did yesterday (Monday) – he is crazy. We’re doing everything we can to help Ukrainian people. The biggest evil is Putin who started the war himself.”

Further donations can be made this week and can be dropped off locally to:

Collections are also being arranged at the reception area of Killarney Garda Station.

Donations can also be dropped this Saturday night at the Scotts Lakers game in the Killarney Sports and Leisure Centre.

Any items which cannot go to Poland will be auctioned on the Facebook page 'Kerry for Ukraine' with funding going to the people of Ukraine or items will be dropped to local charity shops, he added.