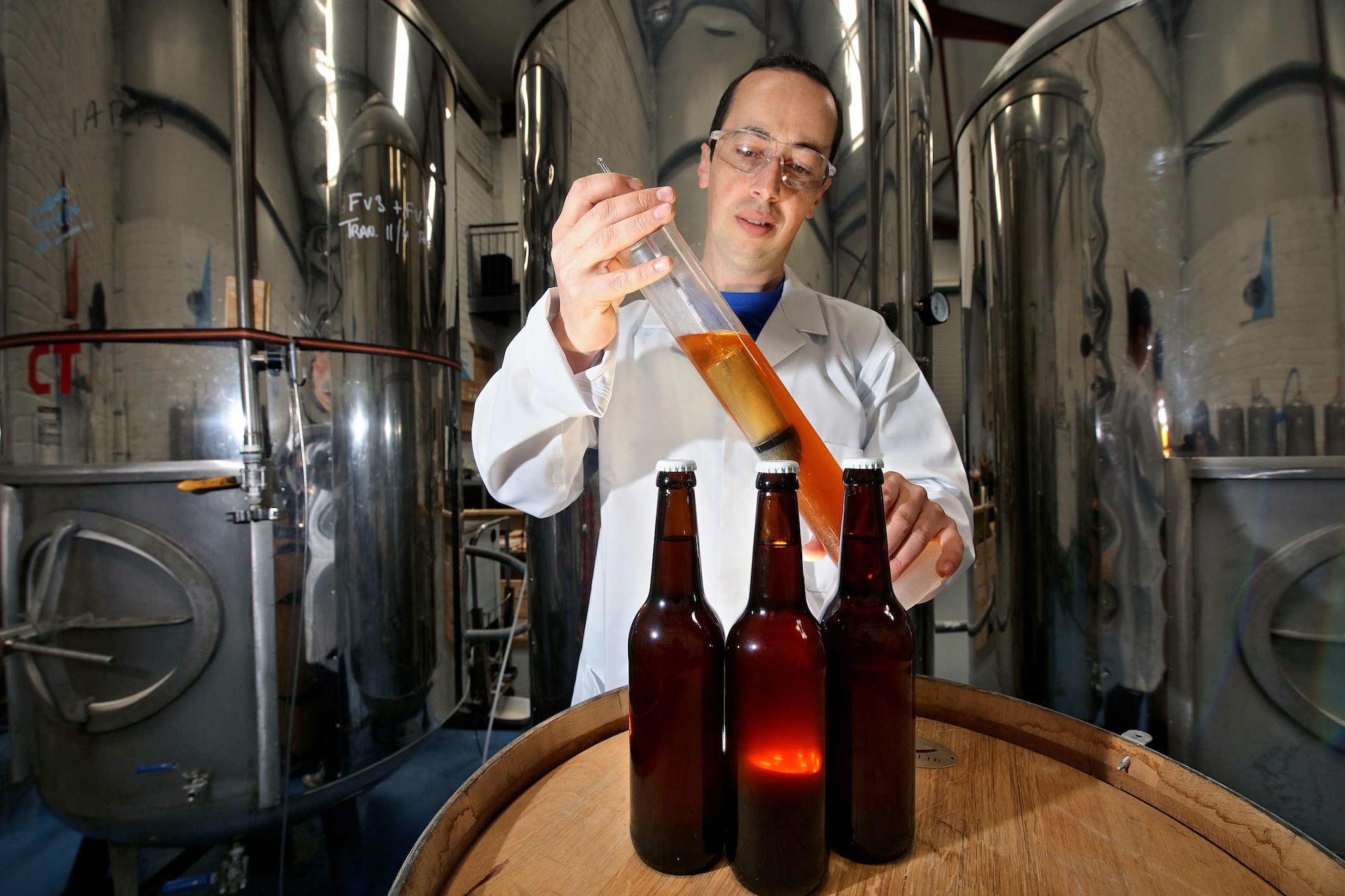 Ready for a brew: John Keane of Torc Brewing, Killarney, one of the craft brewing producers getting ready for Killarney Beerfest which takes place from May 27-29 at the INEC special village. PICTURE: VALERIE O'SULLIVAN

THEY’VE got all the ingredients for a heavenly brew and the 25 producers taking part in Killarney Beerfest are all set to serve up plenty of tasty options at the festival which runs from May 27 to 29.

More than 150 different craft beverages will be on offer, as well as a fantastic programme of events and guest speakers.

Killarney Beerfest showcases many of the best brewers and beers in Ireland. Learn the Beer 101 from the best in the business with brewing demonstrations, tastings, meet the master brewers, beer and food-pairing classes and a whole lot more. And because craft isn’t limited to beer there will be a tantalizing selection of home brewed whiskey, gin and cider to sample!

If you are looking to expand your knowledge of brewing, then don’t miss the beer master classes and interactive home brewing sessions with Cork Homebrews. And you can learn the ancient art of paring beer with cheese and other foods at the insightful pairing classes.

Guest speakers include beer and food writer Melissa Cole, author of Let Me Tell You About Beer, writer and drinks consultant Susan Boyle, one half of Two Sisters Brewing Kildare who alongside her sister Judith make Brigid’s Ale, and Irish food writer and broadcaster Caroline Hennessey, a regular contributor to TV3 and RTÉ Radio and Television. Brewtalk, an insightful and exciting discussion with a variety of distinguished industry experts on the panel from both Ireland and abroad, takes place on the Friday evening.

There will be live music each day and long into the night including performances by Bookabrass Band, Mongrel State, The Small Hours, One Horse Pony, Dixie Micks, The Eskies, and more!

The league of extraordinary beer drinkers in the guise of Beoir Ireland will host their awards programme at the festival. There are eight categories and the Beoir Champion Beer of Ireland will also be crowned at the festival. The top three beers will win an exclusive promotional campaign with Carry Out Off Licences. The awards are open to all Irish Breweries North and South and the panel of judges is lead by Reuben Gray of Beoir along with CAMRA and EBCU members as well as a host of international judges.

Killarney Beerfest takes place on the grounds of The Gleneagle Hotel in the specially constructed Beer Village. You just need to buy tokens on the day of the event to exchange for beer/drink and food, browse the stalls, enjoy a masterclass or two and soak up the festival atmosphere and live music.
Beer music and food, three of the best combinations outside of barley, hops and yeasts! Share your passion on social media using the #killarneybrews.
Stay close to the action at The Gleneagle Hotel from €129 per double room.

Ready for a brew: John Keane of Torc Brewing, Killarney, pictured above, one of the craft brewing producers getting ready for Killarney Beerfest which takes place from May 27-29 at the INEC special village. PICTURE: VALERIE O'SULLIVAN

Young cyclists to use pedal power on Ring of Beara