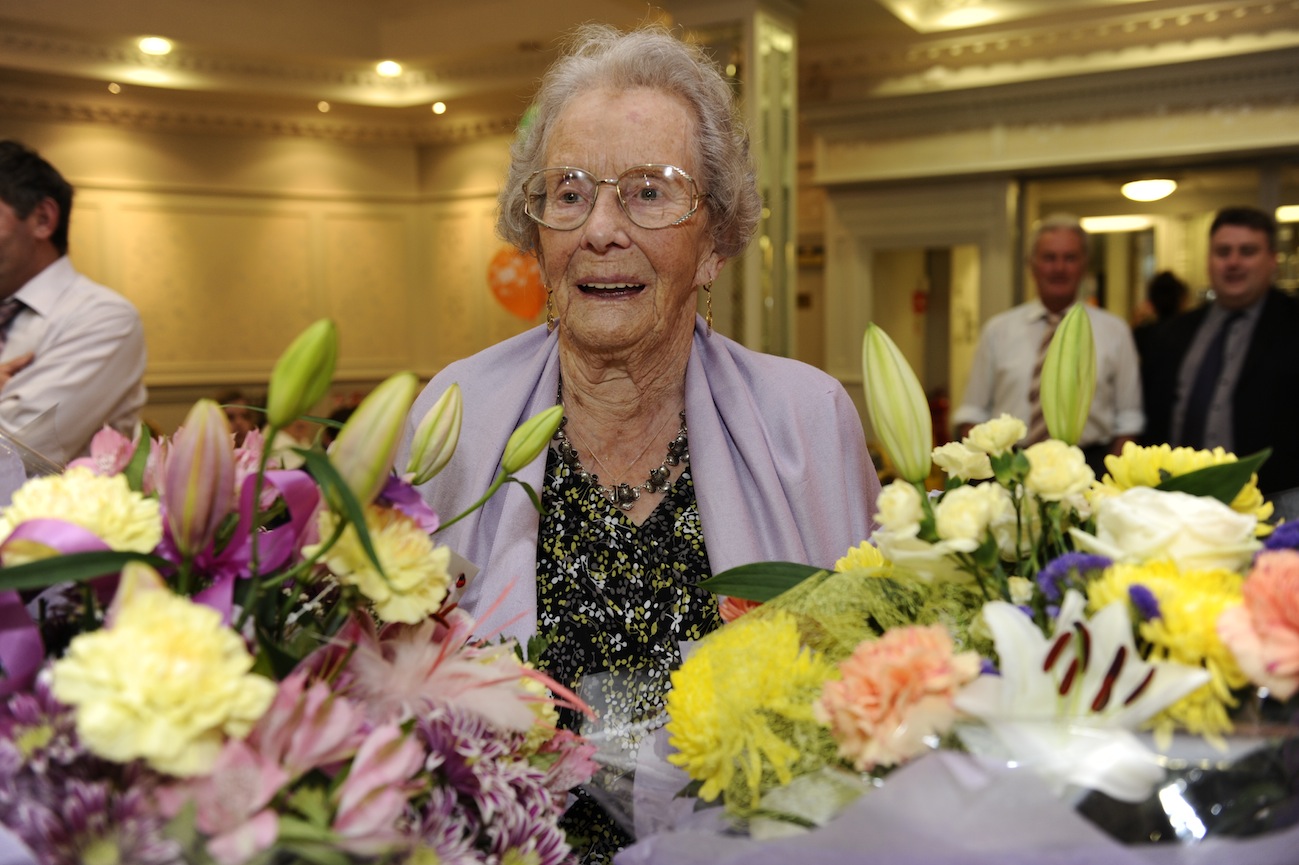 POPULAR Killarney birthday girl Molly Breen always has plenty of help when it comes to blowing out the birthday candles and especially this year, as they number 103!

Family and friends are gathering at Killarney Nursing Home today to wish Molly well on her birthday. Molly, who formerly lived on Countess Road, is a keen bridge player, and will welcome many of her friends from the card-tables as well as members of Killarney Active Retirement Association, and relatives, including nieces, nephews and cousins.

We had to ask what most people will want to know – what is Molly's magic ingredient when it comes to enjoying such a wonderfully long life? “Molly always says the secret is hard work!” her niece Angela Dennehy told the Killarney Advertiser.

Molly (nee O’Sullivan) was born in Ballyledder, Beaufort, in 1913 and was one of seven children. Sadly, Molly’s last surviving sibling, her sister Nora Dennehy, 94, passed away in 2013, days before Molly became a centenarian. However, as Molly said, Nora was “there in spirit” at her 100th birthday Mass led by family friend Fr Paddy O’Donoghue, which also celebrated Nora’s life.

In her youth, Molly worked in Kennelly’s shop in Killorglin for several years. It was in Killorglin that she met her future husband, Jerh Breen, also from Beaufort.

The couple married in 1940 and together ran two jewellery shops in Killarney, with the first on Plunkett Street (then Henn Street) and the other on Main Street.

Molly and Jerh, who retired in the early 1990s, were keen racegoers. “Molly has a passion for the races and would always dress up for these events,” said Angela.

Jerh, who died in May 1993, would have been a familiar sight to many as the Killarney racecourse where he used to erect the clock for many years during the race meets.