Thursday was a significant day in the lives of local couple Sean and Kitty O'Grady - as they celebrated a "golden day" - 50 years of married life.

However, the Ardshanavooley couple kept it low key due to the current Level 5 restrictions which meant they couldn't gather with family and friends to mark the occasion in style.

At home they shared their time together - saying that once restrictions are lifted they hope to have a bigger celebration - even if it means waiting until they are 51 years married next year! 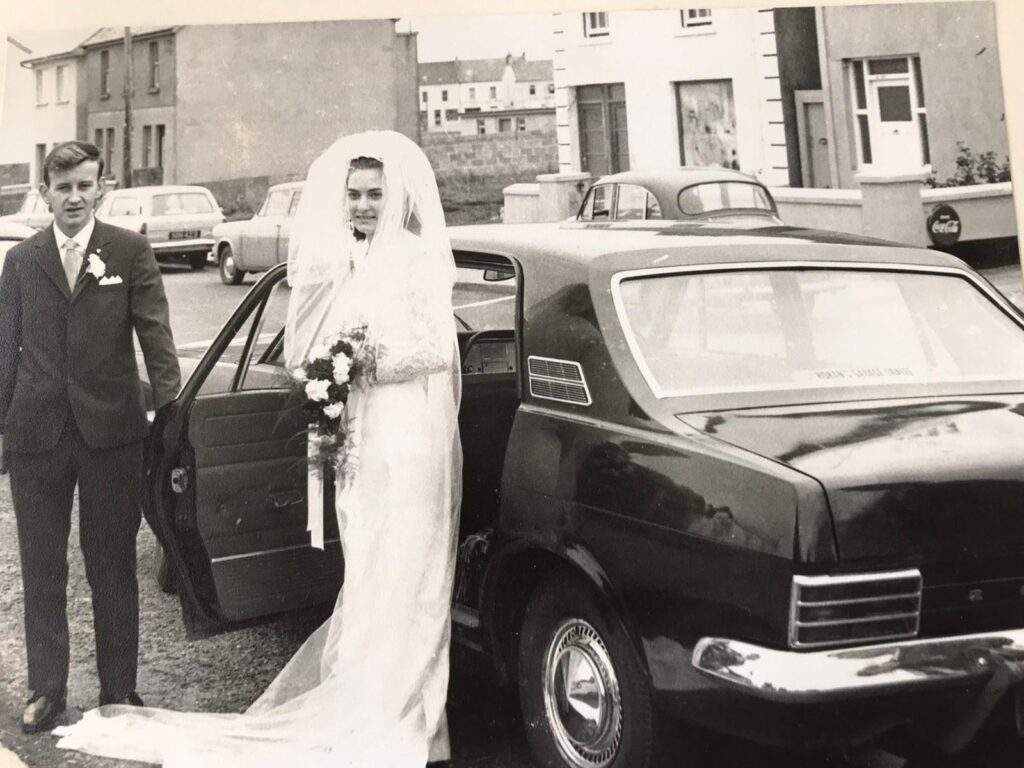 Sean met Kitty in High Street when she was working in The Aeroplane Bar where he'd occasionally sing. She then went on to work in Kelleher's Pharmacy on the same street and as romance blossomed the couple married on October 22, 1970, in St John's Church Ballybunion, where Kitty is originally from.

This week Sean, former Mayor and councillor in Killarney, said that 50 years married is a wonderful milestone to reach.

"It's a partnership," Sean told the Killarney Advertiser.
​​​​​​​
"I think behind every marriage is two level headed people. Politics is tough but I had a good woman with me. She was the main stay in the relationship."

Over the years the couple went on to have five children Sean, Cathal, Vanessa, Ruairí and Ciarán, and eventually seven grandchildren who are aged seven to 18; Ryan, Caelyn, Ellen, Lucy, Emily, James and Freya.

"We first settled in Fairhill and bought a plot from the Council and built the house in Ardshan and we're there since."

A couple can't go 50 years together without some arguments and he said that there were some tough times but a good relationship saw them through it.

"I think most married couples have ups and downs. There was stumbling blocks - everyone has them - you have a resilience and we're still hanging on!"

Calls to postpone winter time change for duration of lockdown

It was their first time entering Fleadh Cheoil Chiarraí but Gaelscoil Faithleann pupils proved they’ve got talent as they made it to the next stage of the competition.

For the competition 22 kids were entered in the Under 11 and 13 categories in the Comhra Gaeilge competition in Tralee.

Three of the Under 11s and three of the school’s Under 13s are now going forward to represent Chiarraí the Fleadh Cheoil na Mumhan in Newcastle West on July 15.

“The standard was very high and it was our first time entering this competition. All of the children were representing Cill Airne Comhaltas,” Lisa said.

Fleadh Cheoil Chiarraí may have been absent in the live sense over the previous two years, however it returned over the last two weekends and it delivered with aplomb! The […]

Fleadh Cheoil Chiarraí may have been absent in the live sense over the previous two years, however it returned over the last two weekends and it delivered with aplomb!

The home of Kerry Comhaltas, the Dúchas Centre on the MTU campus in Tralee, was the host venue on the first weekend of the Fleadh, which accommodated the dancing competitions.

“We were spoiled with the spectacle of live dancing of the highest calibre accompanied by live music from accomplished musicians … food for the soul!” Derek O’Leary, Kilcummin CCE PRO, said.

“Much credit and thanks goes to the Moriarty School of Dancing, Mary, John and Adrian who represented Kilcummin CCE and prepared our teams to compete at the highest level.

“We also had such a great weekend in the singing and music competitions over the second weekend of Fleadh Cheoil Charraí, held in the Dúchas Centre and other areas of the MTU campus. All of our competitors performed to the highest standard in robust competition. Well done to all who competed and congratulations to all who go forward to represent Chiarraí the Fleadh Cheoil na Mumhan, in Newcastle West, Co. Limerick from July 10 to 16.”

Kilcummin had strong representation throughout the dancing competition during the first weekend of Fleadh Cheoil Chiarraí.

“Well done to our second U12 Ladies set who weren’t placed but danced beautifully.”

Kilcummin also excelled in the music and singing competitions of the second weekend of the Fleadh.

By Michelle Crean It was their first time entering Fleadh Cheoil Chiarraí but Gaelscoil Faithleann pupils proved they’ve got talent...

Fleadh Cheoil Chiarraí may have been absent in the live sense over the previous two years, however it returned over...

The first of the summer’s free Spraoi Chiarraí concerts starts tomorrow (Saturday) at St Mary’s Church of Ireland. This Kerry...

A fundraising Golf Classic will be staged at Killarney Golf Club on Friday next (July 8). Spa Club GAA, who...

One of Killarney’s newest businesses is offering Ring of Kerry Cycle participants a great deal to help prepare them for the...

A survey carried out by the Killarney Advertiser has revealed that a significant portion of Kerry fans will not be...