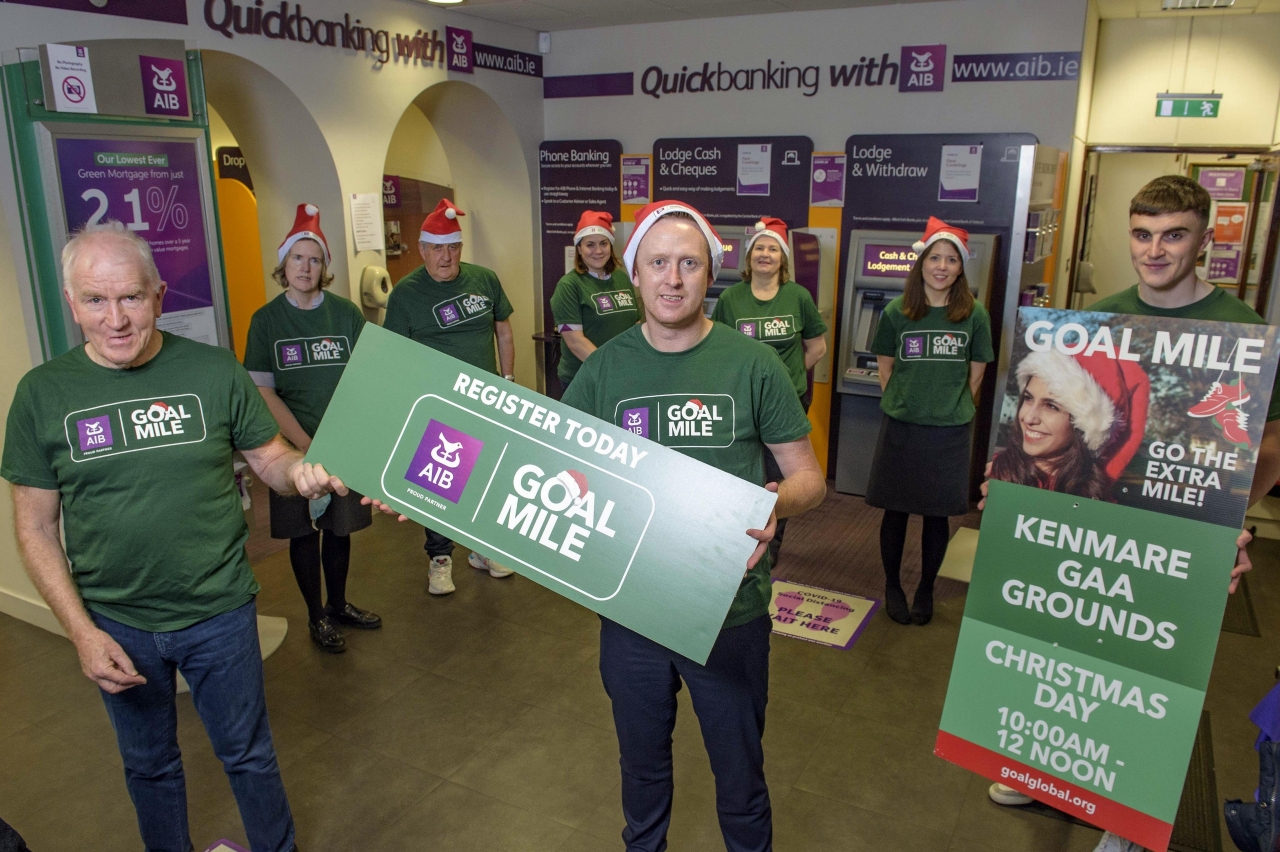 Husband and wife team Michael and Anne Mangan have welcomed the news that the annual GOAL Mile Christmas Day charity walk will go ahead this year.

The Beaufort couple have organised both the Killarney and Killorglin walks over the last 15 years with the proceeds split between Pieta House and Goal Mile.

Last year’s event took place virtually as a result of the pandemic restrictions that were in place at the time.

The annual event sees people across the country gather over the Christmas holidays to run, jog or walk a mile in support of vulnerable communities across 14 countries where GOAL works in Africa, the Middle East and Latin America.

Started first in 1977, this year’s GOAL Mile events are organised by a network of community organisers across the country.

The Killarney event will take place between 10am to 12.30pm on Christmas day, at the Deenagh Lodge, Knockreer and that event is being run by Anne Mangan co-organised by Anthony Dennehy.

Meanwhile Anne's husband will take charge of the Killorglin run which takes place at the same time and will start at ISK – Intermediate School Killorglin.

This year will be particularly poignant for Michael as his long running co-organisers Kevin Griffin, teacher at ISK, passed away since the last event.

“It will be the first one without Kevin, he will be missed, he was the main driving force behind the Killorglin one and organised it since it began first,” said Michael.