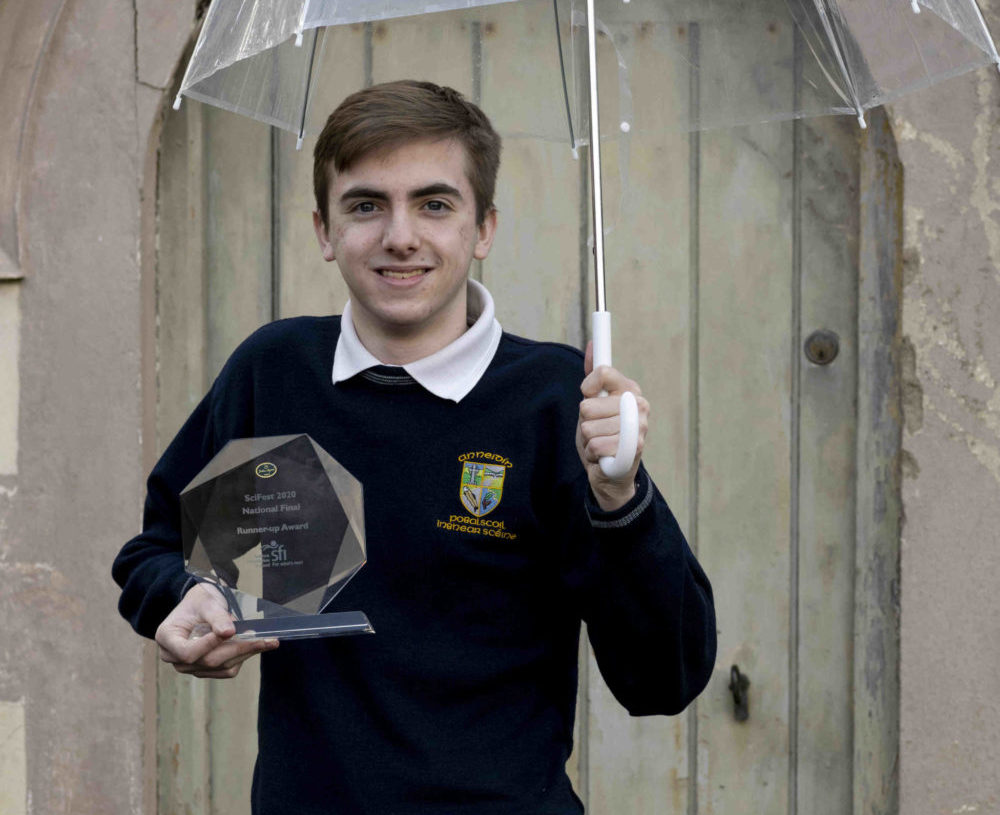 A Kerry student who came up with a novel idea to use artificial intelligence to predict the weather has achieved global success at an international science fair.

Conor Casey (18) from Pobalscoil Inbhear Scéine, Kenmare, represented Ireland at the Regeneron International Science and Engineering Fair (ISEF) with his project ‘Using AI to Improve Weather Prediction’ at the virtual competition last week where he claimed a second place award in his category, Earth and Environmental Sciences, winning a prize of $2,000.

The Sixth Year student secured his place at the international competition when he won the Runner-up Award at the SciFest 2020 National Final last November.

Using artificial intelligence Conor developed a model which can produce a forecast of a similar level of accuracy to current models, while doing so with greater efficiency. This would make it cheaper to generate weather forecasts by reducing the amount of resources required.

Regeneron ISEF is the world’s largest international pre-college science competition, involving over 1,800 students from 64 countries, regions and territories competing for a prize fund totalling $5 million. The competition is usually held in the United States but for the second year running this year’s event took place virtually due to COVID-19.

“The whole ISEF experience has been absolutely amazing,” Conor said.

“It was great that the competition got to go ahead virtually, it gave me the opportunity to interact with people from around the world who have done some incredible work across a huge variety of areas. I really enjoyed presenting my project and hearing from world famous scientists who have really encouraged me to develop my love of STEM. I am immensely grateful to everyone at SciFest for this opportunity, as well as all my family and my teacher Ms Abbott, without whom none of this would have been possible.”

Sheila Porter, SciFest Founder and CEO added that Conor “is a great example of the high calibre of entries that SciFest produces”.

“His project demonstrates that great science is really about curiosity, exploration and having an inquisitive spirit. For Conor to represent Ireland at ISEF and to win in his category over other students from all over the world is an impressive achievement not only for him, his teacher and school but for Ireland too, and it shows that there is a very high standard of science being taught in Irish schools.”

Time for a new stage as Fiona’s students move on