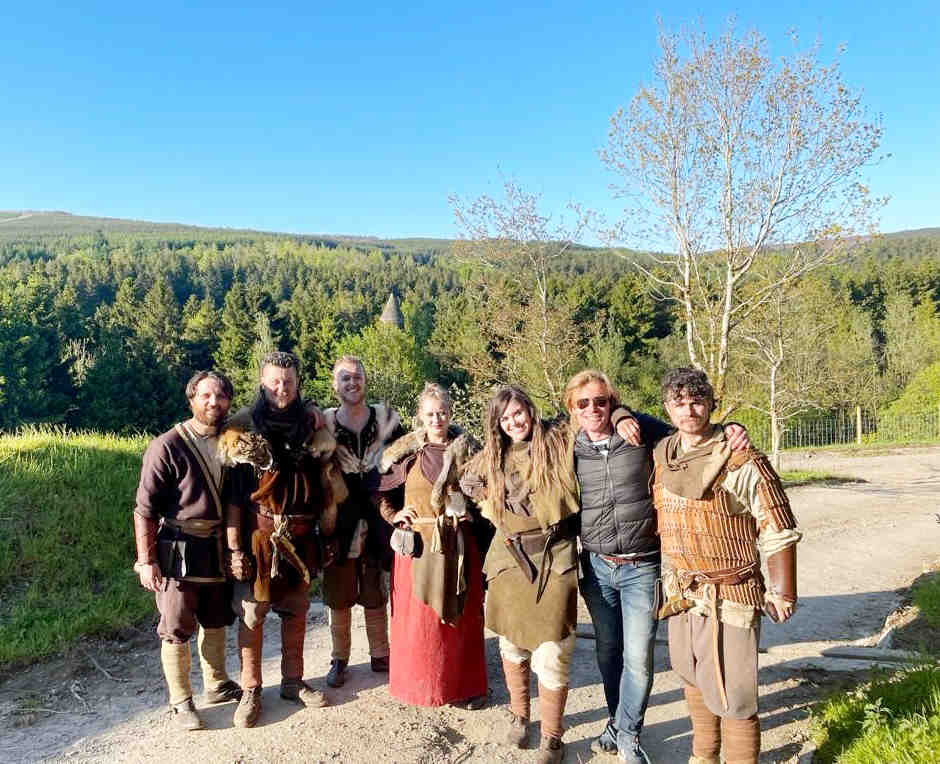 ON SET: Killarney’s Ciaran McCarthy (second from right) pictured with some of the crew on the film set of ‘Speak of the Devil’ which is currently in production.

The devil's in the detail for Killarney man Ciaran McCarthy who is currently working on a production set to hit worldwide screens later this year.

Ciaran is currently working as Assistant Director on a new EWTN film docudrama called ‘Speak of the Devil’ which will be broadcast on Sky, Virgin Media, Amazon Prime, EWTN Global and other platforms.

It is being made in Limerick and directed by the award winning filmmaker Campbell Miller from EWTN, the global Catholic TV network.

A Viking reenactment of the biblical Prodigal Son, the story focuses on the age old battle between good and evil.

With 40 actors, crew and support staff, it is being filmed in both Ireland and the United States.

“It’s been a real buzz working on this new production," Ciaran said.

"The Viking theme is very popular at the minute, and using it to create this film docudrama added huge energy and great cinema quality to the story. Some of the re-enactment Viking scenes have been nothing short of amazing. We are really looking forward to it premiering on later this year.”

Film Director Campbell Miller added that the production is coming along nicely.
​​​​​​​
"Our film prop making team, costume and make-up artists are doing a fantastic job. Many of the Viking props had to be made from scratch, as access to costumes and dresses from the Viking period was quite limited. But the Viking historians and experts involved in the production have been simply outstanding. And their help has really brought this film to life."