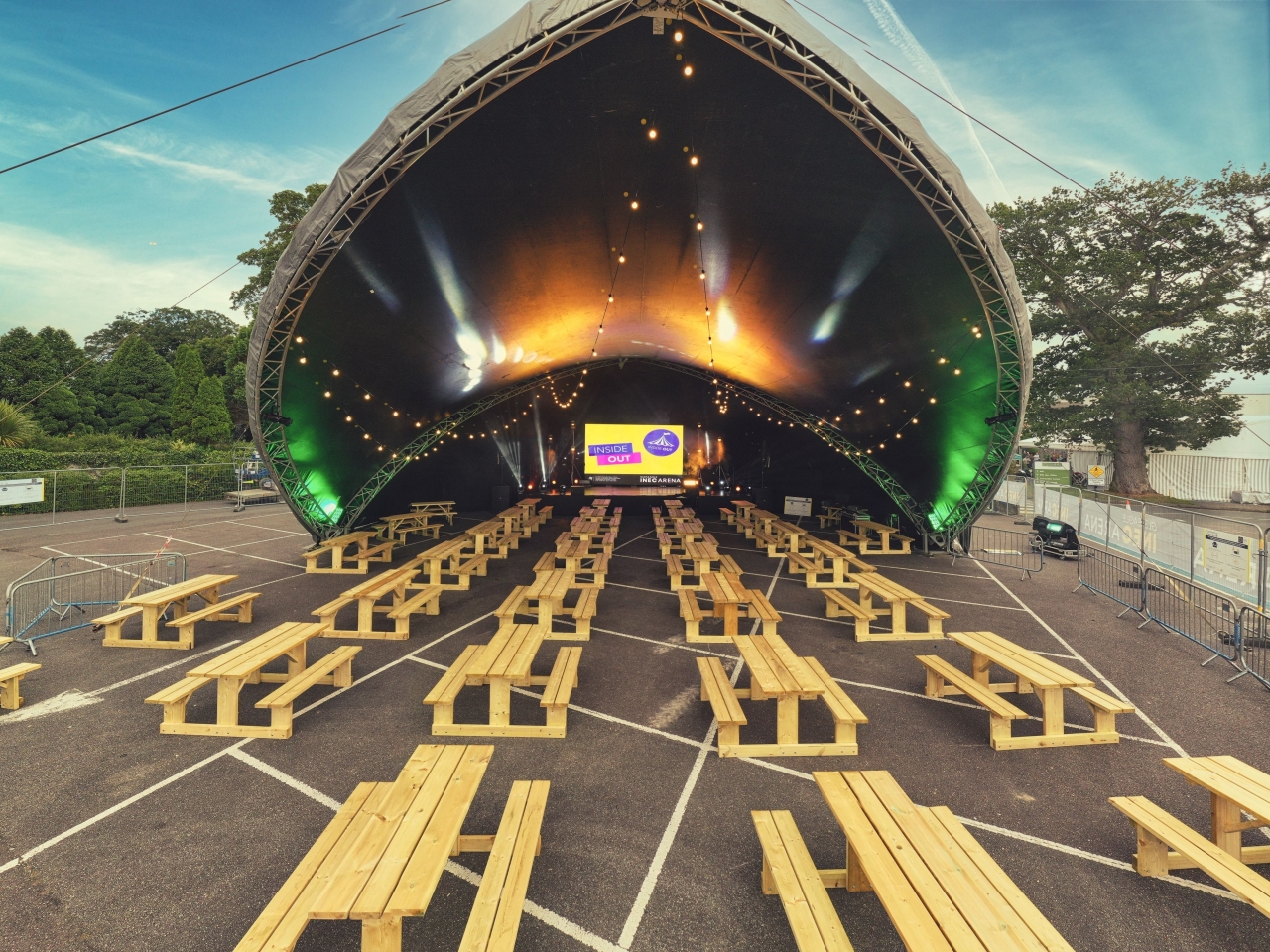 The Gleneagle INEC Arena has this evening (Friday) announced a series of live outdoor gigs scheduled to take place throughout August and tickets are on sale now.

Artists lined up for the aptly titled 'Inside Out' gigs include the up-and-coming Lyra, Saint Sister, Jyellowl and Kerry Rising, featuring Cathal Flaherty, Seamus Harty, Lorraine Nash and Colin Andrew, each playing under the Future Sounds billing. Ham Sandwich, Aslan, Ryan Sheridan, The Blizzards, The High Kings, Damian Dempsey and Paddy Casey all make a welcome return to the Killarney venue under the Signature Acts billing. While country music stalwarts Derek Ryan, Mike Denver, Johnny Brady and Chantalle Padden, Cliona Hagan and Take It To The Limit round out the line-up of gigs which kick off on Sunday, August 1.

The concerts will take place on a specially constructed outdoor stage located on grounds adjacent to the Gleneagle INEC Arena. In line with Government guidelines, 200 tickets will be available per gig sold in pods of six.

The series of gigs is being funded by the Department of Tourism, Culture, Arts, Gaeltacht, Sport and Media under the Live Performance Support Scheme (LPSS).

“We’ve had to really think outside the box in order to make a safe return to live music performance and help get our colleagues in the live entertainment sector back to work," Mark Egan, Director of Gleneagle INEC Arena, said.

"These gigs would not be financially viable under normal circumstances, but thanks to the LPSS scheme we now have 20 live acts lined up to play to intimate audiences of just 200 people per gig.”

The Live Performance Support Scheme was introduced to assist commercial venues, producers and promoters plan live performances across the country over the summer months, with a total of 237 organisations benefiting from the scheme.

The main objective of this scheme is to provide significant employment and well-being opportunities across the live entertainment sector as well as supporting the generation of high-quality artistic output for the general public.

The 'Inside Out' gigs are subject to Government guidelines, which currently allow for 200 hundred people to attend outdoor events. Tickets will be sold in pods of six and are non-transferable. Each pod will be allocated a specific arrival time and a pre-allocated, socially distanced table. Face masks are required when arriving at and vacating the venue. Gates will open at 7pm to allow for staggered arrival times and the concert will begin at 8.15pm. Each pod must arrive together at their allocated time. Under 16s must be accompanied by an adult.

In order to facilitate contract tracing contact details for all attendees will be collected and all attendees will be required to have their smartphone switched on and the HSE COVID App installed. Customers are asked not to attend the concert if they have any symptoms of COVID-19. In this scenario, tickets will be fully refundable.