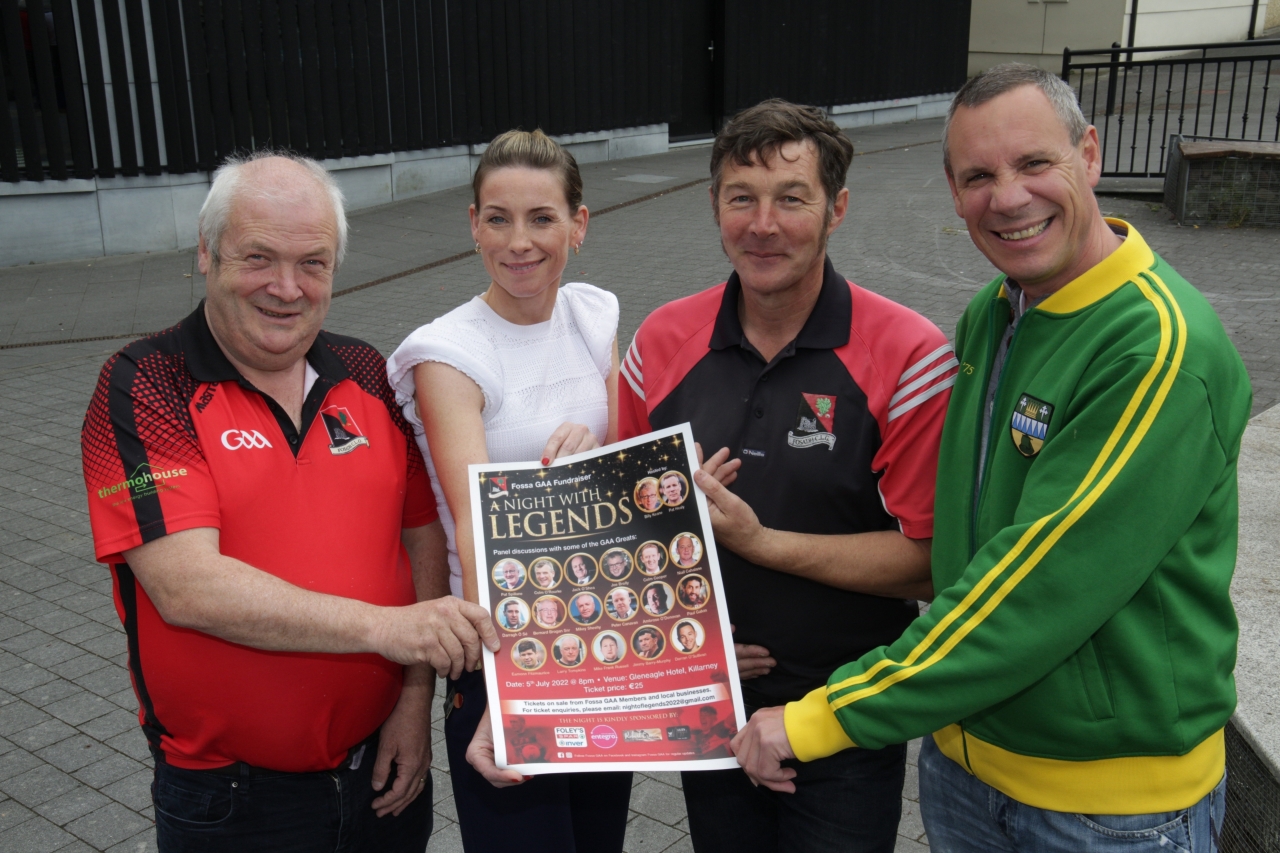 Some of the greatest legends ever to grace a Gaelic football pitch will share a stage on July 5.

Fossa GAA Club is organising a fundraiser for club activities and has put together ‘A Night With Legends’ at the INEC.

The event will be styled on RTE’s popular pre All-Ireland Final show ‘Up for the Match’ where footballing legends will tell some of their life stories in between music and songs.

It will be hosted by author and raconteur Billy Keane and horseracing photographer Pat Healy.

The cast Fossa GAA Club, home of Senior Kerry Footballers and brothers David and Paudie Clifford, have assembled reads like a who's who of football hall of fame.

Kerry greats like Pat Spillane, Mike Frank Russell, Paul Galvin and Eamon Fitzmaurice will be joined by heroes from other counties like Joe Brolly, Niall Cahalane and Larry Tompkins.

Killarney greats Colm 'Gooch' Cooper and Ambrose O’Donovan will also be there.

“We promise that it will be a night full of fun and laughter and some great memories and stories will be remembered from some of the greats of the GAA world,” Siobhan Kissane, chairperson of the organising team, said.

This event is one of the key fundraisers for the expanding Fossa GAA Club.

“The club is expanding, there are a lot of new people moving into the area, and our traditional income streams were reduced during the pandemic,” added Siobhan, who is also the club’s Coiste na nÓg officer.

The fundraising drive is a joint effort between the men's, ladies and youth arms of the club with backing from the club’s executive.

Business community urged to be patient during Kenmare Place works