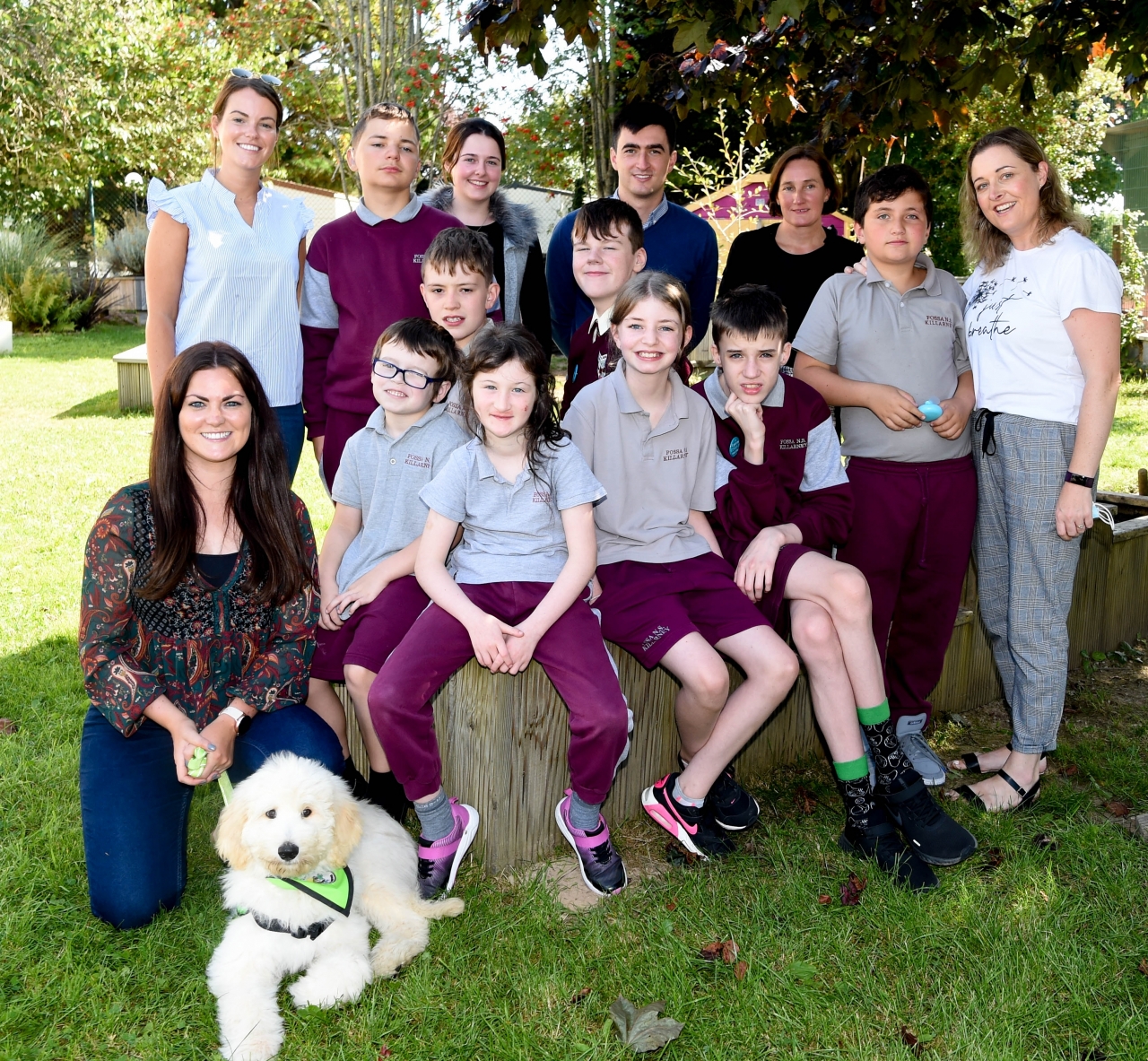 The latest addition to join school life in Fossa NS is a new furry friend which is having a positive influence on childrens' lives.

Zazu, a shepadoodle, is now 17-weeks-old and the therapy dog was introduced to the school this term by teacher Bríd Kissane.

And what a calming influence she's had so far, according to Bríd, who signed up to the My Canine Companion during the summer after advocate Deirdre Horgan paid a visit to the school looking for families for the charity's socialisation programme.

"Deirdre did visits to all the schools in Killarney before the summer," Bríd told the Killarney Advertiser.

"She was looking for families to do socialisation programmes and initially I thought I was doing it for four to five weeks. Then the opportunity came to bring her in to the school during the July Provision programme. It went really well and we got the green light just before we came back."

Zazu is a mix of a sheepdog and a poodle. Deirdre's dog Fifi is her mother and in May she had 10 puppies all named with the letter 'z'. Three of the litter are based in schools with Zoro in CBS in Tralee and Zumer in St Bridget's Killarney.

The dogs not only provide comfort and support to pupils with Autism but to all in the school.

"In the short space of time we've had her we've seen massive benefits. She's there in the morning to greet the children and it promotes a positive environment just by having her in the school. It's fabulous to watch the children have different conversations with her and it's lovely to watch the relationship unfold. It aids communication skills and it's a non-judgemental conversation."

She said Zazu also helps pupils who may be feeling nervous and helps teach responsibility as they learn to care for her.

During the daytime as pupils participate in class Zazu is beside them watching on or having a snooze. She attends training in Cork once a month and when she's a year and a half will have to go there for four months intensive training to be fully qualified.

"She loves kids. She gets so excited when she sees and hears their voices. We've explained the rules that she's a working dog when she has her green jacket on."