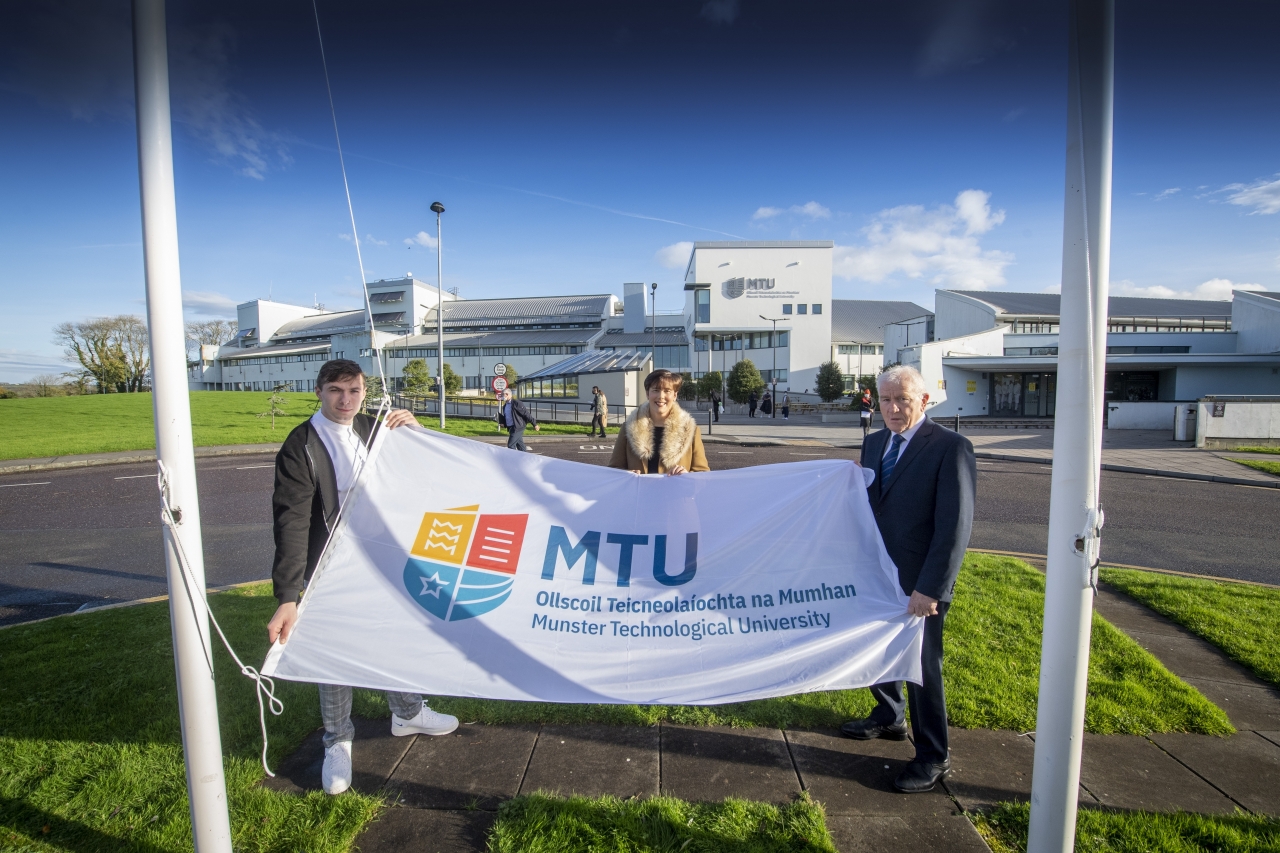 Flags raised simultaneously across six campuses in the South West on Monday marked a new era for higher education.

MTU has a student enrolment of more than 18,000 across six campuses and offers more than 140 programmes of study.

“The first raising of the Munster Technological University (MTU) flag, on its six campuses across the South West, represents a new dawn for higher education in the country,” Professor Maggie Cusack, President of MTU, said.

According to Professor Cusack, the establishment of MTU has been an unqualified success. She said that demand from CAO applicants has surged, with first-preference honours degree applications for MTU courses rising by more than 16%, almost twice the national average, while first-preference degree application levels increased by almost 4%, a very positive outcome in a hugely important programme category. In addition, she said that the KTI Annual Knowledge Transfer Survey 2020 indicated that total research expenditure in MTU exceeded €22m, the highest total achieved across Ireland’s Technological Universities and Institutes of Technology.

“The formation of the MTU is a very positive step for the joint communities of Cork and Kerry and is a huge boost for education within the South West region," Minister for Education, Norma Foley, TD, said. "I would like to wish Professor Maggie Cusack and all the staff and students at MTU the very best as they continue this tradition in providing excellence in education for communities across the country.”