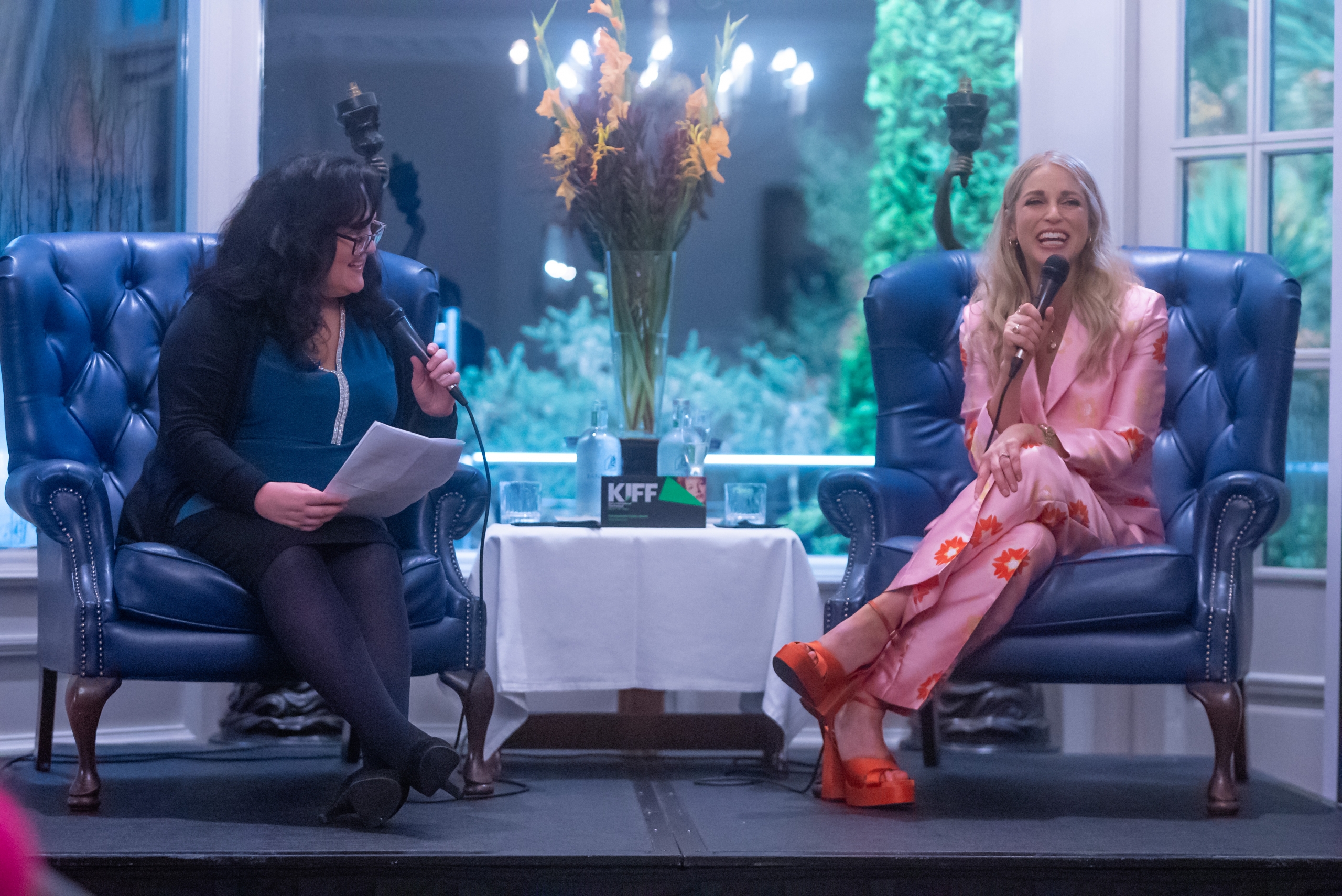 Aine Moriarty (Chief Executive of the IFTA) and Amy Huberman on stage at Kerry Film Festival. 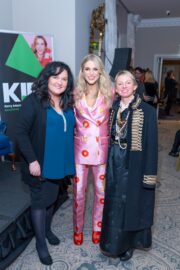 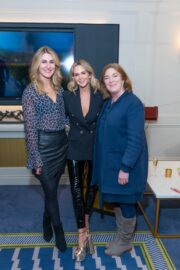 Kerry International Film Festival (KIFF) presented over 30 events in Killarney and Dingle and the team - who announced award winners over the weekend - were overwhelmed with the level of interest and support they received.

Over four days there was huge number of attendees at screenings, events and KIFF industry talks as well as via the phenomenal support the festival received from local businesses, hoteliers, sponsors and supporters.

KIFF 2022 received the largest number of film submissions to date which resulted in a dynamic programme that attracted audiences, filmmakers, industry talent and film enthusiasts from near and far. The festival was delighted to host a selection of sold-out screenings across the four days of the festival, including the powerful and moving opening film 'Tarrac'.

"This was by far our biggest festival to date, and we are so grateful to the Kerry and Irish film community for coming out in droves to support the festival," Programme Director, Eibh Collins, said. "We look forward to seeing everyone back next year for KIFF 2023, from October 19 – 22."

A highlight of KIFF 2022 was the presentation of the Maureen O'Hara Award to this year’s recipient, actress and writer, Amy Huberman which took place at Randles Hotel Killarney on Saturday. The presentation of the award was followed by a very special event ‘In Conversation with Amy Huberman’ which was hosted by the CEO of the Irish Film and Television Academy (IFTA), Áine Moriarty. Amy brought her usual charm, wit and intelligence to the interview and the audience were treated to a truly memorable evening of chat, film and fun.

The IFTA Networking Event in association with Screen Kerry took place at The Plaza Hotel Killarney on Friday. Hosted by IFTA CEO and KIFF Board member, Áine Moriarty, the event highlighted the new opportunities for Kerry and the film work undertaken with the support of Screen Kerry and Kerry County Council. Guests from the world of film and television, as well as a variety of Kerry businesspeople, attended the event to highlight film business opportunities. Siobhán O’Sullivan, Kerry ETB Film Development Officer, gave a vibrant presentation outlining the current film productions shooting in Kerry and the key elements on building the screen sector throughout the county.

"It has been wonderful to see ‘Tarrac’ and ‘Joyride’ released to the big screen," Siobhán said.
"Both films were shot on location in Kerry and prove the potential that exists to attract many more film productions to the county."

Additionally, Locations Manager and KIFF Board member, Karl King, who worked on projects such as 'Joyride' and 'The Crown', also gave an informative presentation on the benefits and opportunities presented by Kerry as a filming location.

The KIFF 2022 awards ceremony took place on Sunday in The Great Southern Hotel, Killarney. The ceremony celebrated all aspects of film making and the awards were presented to a number of outstanding film makers, directors, script writers and producers. Basil Sheerin, Kerry Airport Ireland, presented the Taking Flight Award, celebrating emerging talent in film, sponsored by Kerry Airport, to this year’s worthy recipient Laura O’Shea and the Best of Kerry Award went to Jessica Courtney Leen who wrote, directed, and acted in her remarkable short film ‘Not My Sister’.

This year’s Trua Award went to Film Producer and Programmer, Mira Oyetoro who curated an original program of Ukrainian films titled ‘BE BRAVE LIKE UKRAINE’. After the awards ceremony Pat Shortt showcased his directorial debut via his short film, ‘Warts & All’ at the screening cinema room at The Great Southern Killarney. This was followed by a Q&A with Pat Shortt and producer Lee Crowley.

Spook-tacular short stories will give you a scare!

Public advised to stay away from A&E