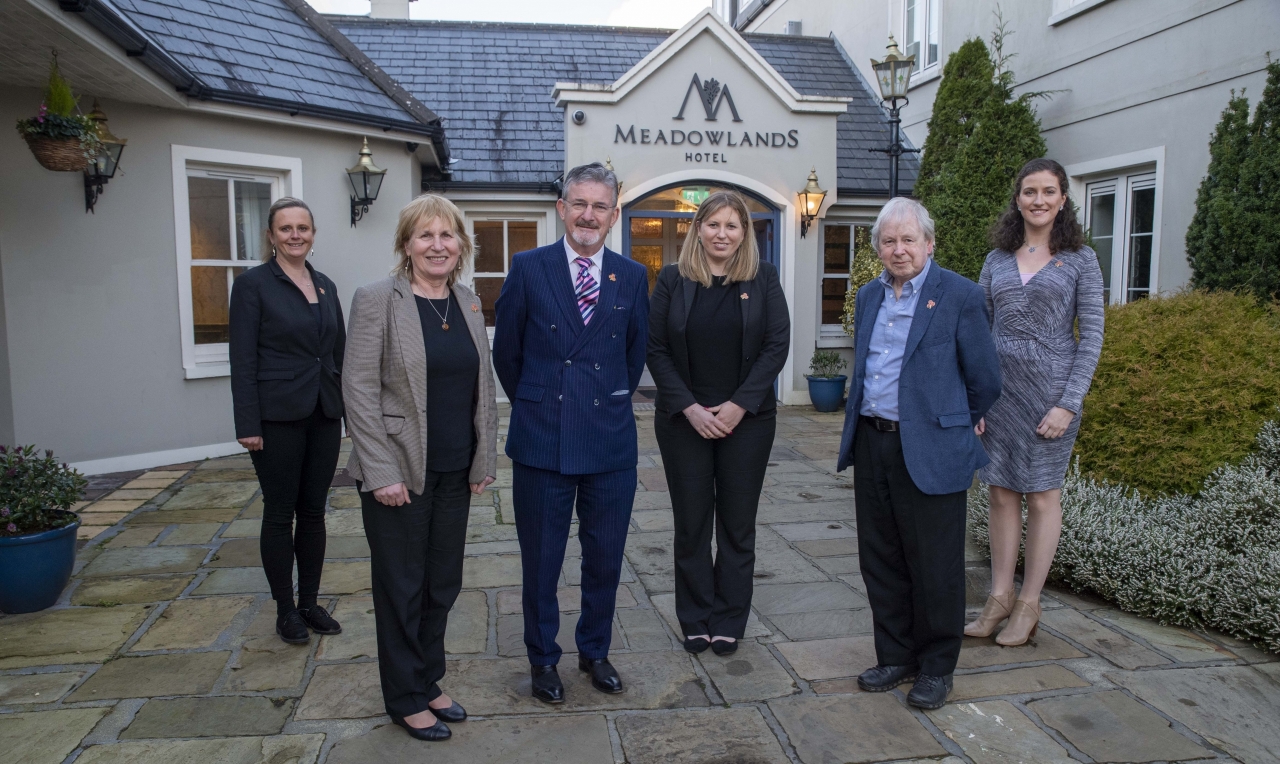 The Rose of Tralee Festival Dome is to be moved to the heart of Tralee town centre for this year's festivities, according to new plans just announced.

In an open letter issued this afternoon (Tuesday), Anthony O’Gara, Chief Executive of the Rose of Tralee International Festival (ROTIF), said that "some misinformation has crept into the local public discourse, particularly online, in relation to our plans for Festival 2022".

"We want to politely intervene to reassure local people, and our Rose family further afield, that the Festival is blooming anew after a two-year hiatus, and we have very exciting plans for the 2022 event."

Plans announced for the 2022 Rose of Tralee International Festival include all the events that traditionally take place in town, the lights, parades, fireworks, family entertainment, street performances and much more.
They also include, moving the dome, be it on a slightly smaller scale of 1000 square metres, to a site in the centre of town, for five nights of concerts and festivity.

"This is a very exciting development that will facilitate thousands of revellers by night, and children and families during the day. That guarantees an exciting weatherproof experience, and it will bring the Festival back to the heart of the community in Tralee."

"That financial burden was creating unsustainable pressure for the Festival, whilst swelling the coffers of suppliers from outside the county. That discussion was welcomed by our key partners, RTÉ, the Rose Hotel, and Kerry County Council along with the ITT at the time, and we agreed that we would relocate to the brand new two thousand square metre Kerry Sports Academy facility just built by the ITT. Those discussions were ongoing when COVID closed us all down.

"That decision is now even more compelling, as during COVID the ITT and their Cork counterparts have established the MTU, which is such a positive development for Kerry and for Tralee. We are now a university town! We have re-engaged with the new entity, the MTU, and whereas our discussions are not concluded and are at a sensitive stage, we are confident that both parties can bring them to a successful conclusion.

"In that event, we look forward to shouting from the rooftops during five hours of live TV in 2022, that the Rose of Tralee International Festival is coming from the newly formed Munster Technological University, allowing us to create a magical experience at this exciting venue for all the patrons who attend the Rose Ball and our Selection Nights!

"We are also exploring some major opportunities to bring the crowds back to our Festival in Tralee during 2022, on a very big scale. Those plans are in the early stages, and we will not make any further comment on them for the time being.

"We are so excited to have formed a new partnership with the local, four-star, family run, Meadowlands Hotel. Whereas the popular Johnny Franks bar will continue to cater for the food and beverage requirements of regular customers, albeit with a Rosey tint added to their normal experience, the exclusive use of all the other facilities in the hotel will allow the Roses, RTÉ, our judges and our Rose team some quiet retreat. We will have the opportunity to plan, rest, and recuperate in that enchanting oasis on the Oakpark road.
We have enjoyed 13 years on the Fels Point site, with four hotel groups, including the Rose Hotel for the past four Festivals. Sadly, the commercial arrangements offered by the Rose Hotel were no longer viable for the Festival. We leave as friends, with great memories, and look forward to a wonderful experience in the four-star Meadowlands Hotel."

Finally, he added that they are also launching the Festival in Dublin this Friday.

"It is a very exciting time for us and whereas we have many challenges ahead, we are quietly engaging with business and civic authorities around the town and county to make sure that our long-anticipated return will be a huge success for everyone who has anticipated the August festivities, and something truly worth waiting for."