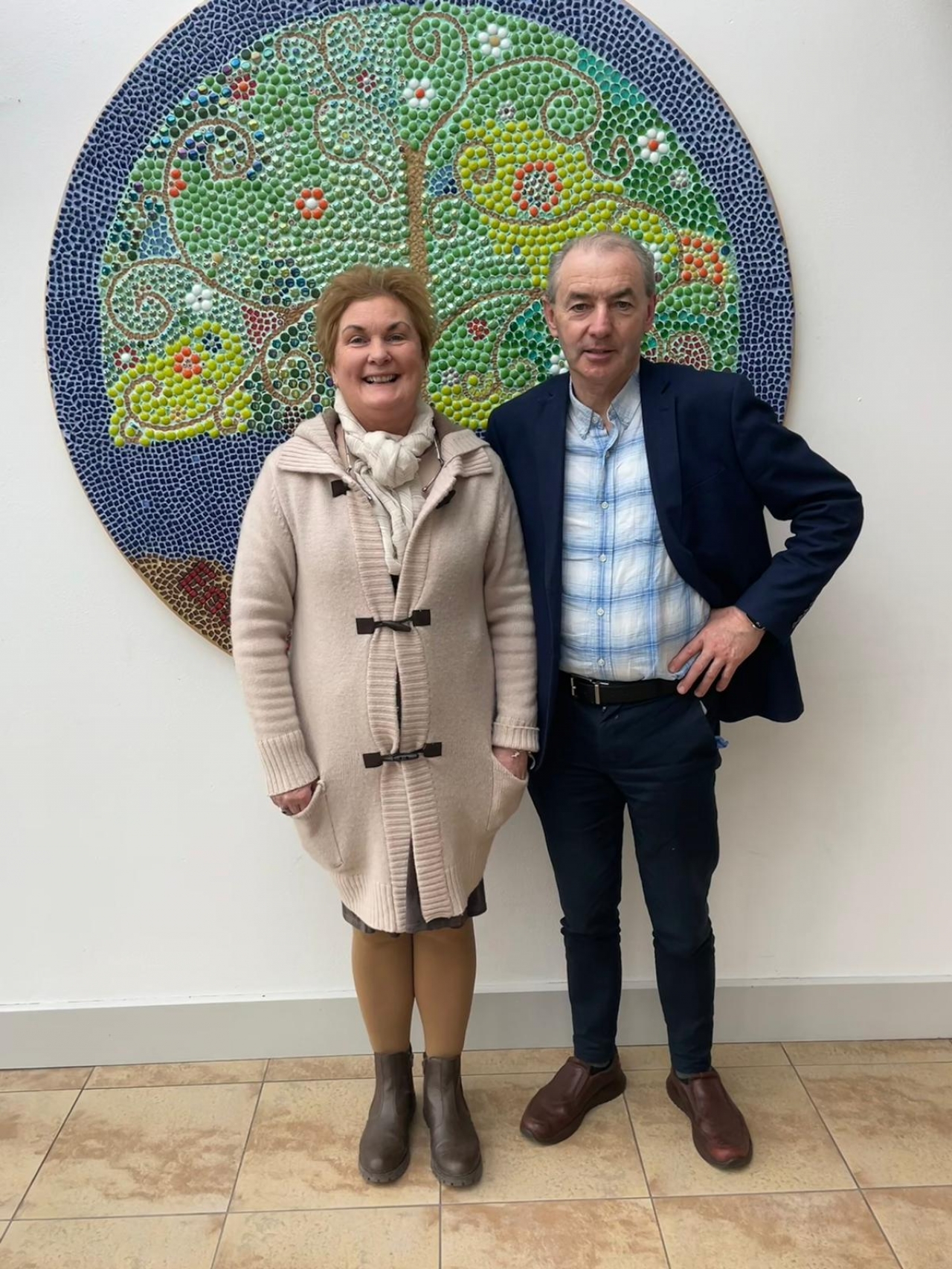 END OF AN ERA: Kathleen Cronin (deputy principal) and Liam Twomey (principal) at St Francis Special School are due to retire at the end of the month.

Between them they have dedicated a staggering 85 years of education service but that's all set to change at the end of the month.

Liam Twomey and Kathleen Cronin are calling time on their teaching careers St Francis’ Special School in Beaufort as both the principal and deputy principal are set to retire.

Principal Mr Twomey has spent the last 20 years in charge of the Beaufort facility. Prior to that the Knocknagree native spent four years as head teacher at a national school near Kanturk after beginning his career in Dublin.

His retirement will mark the end of a 44-year and eight-month career in education.

In his time at St Francis Special School which began in 2002, he has seen many changes.

He oversaw the official transfer of St Francis from the Franciscan Sisters of the Divine Motherhood to the order of St John of God in 2005.

In September 2015 the school opened four new classrooms thanks to Department of Education funding.

Older classrooms were converted into specialised physiotherapy, speech and language and occupational therapy facilities. The cost of these additional facilities was covered by fundraising efforts during the annual Ring of Kerry Charity Cycle in 2015 and 2016.

The Ring of Kerry also provided funding for a fleet of new mini-buses which went on the road last year.

He is determined to see out his career by making sure the final phase of a special sensory garden and playground is completed. The garden opened last year but further improvements, to make it fully accessible and useable by wheelchair users, is expected to be completed in the next two weeks.

“I want that playground built before I go,” he told the Killarney Advertiser. It is on target to be finished in two weeks. We ordered two new buses last year and a new bike shed was built last summer.”

Outside of the school Liam has a keen interest in outdoor pursuits and he is going to devote more time to cycling, hiking and swimming.

Muckross native Kathleen Cronin has spent nearly 40 years at St Francis Special school. She began her career in September 1982 and has been the school’s deputy principal for the last five years.

“I am certainly going to miss it,” she said. “I will remember the brilliant parents who were tireless in everything they did for their children and went about their business with such dignity in very difficult circumstances. Our client base has changed thanks to the difference in mainstay education.”

Kathleen is going to devote her time to being a full-time grandmother in her retirement.