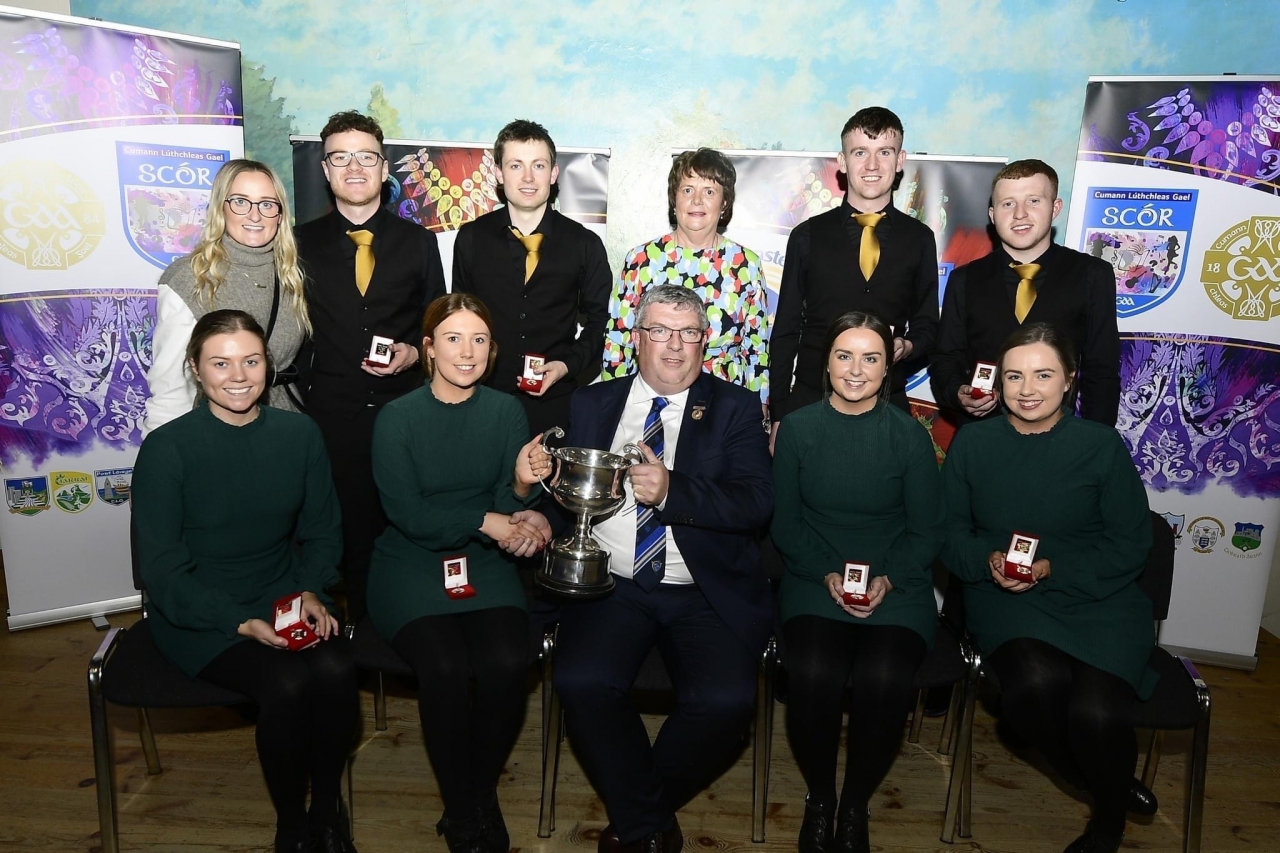 It’s been many years since Gneeveguilla contested an All-Ireland but they will once again on the double next month. 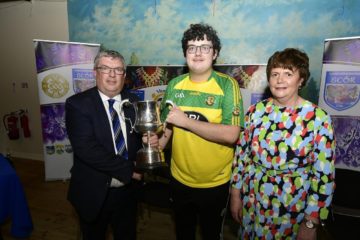 SOLO: Ger Ryan (Chairman of Munster Council) and Margaret Whelan (Chairperson of Coiste Scór na Mumhan) with Mark O'Leary who won a Munster title for his solo singing in Cappamore Limerick on Sunday. 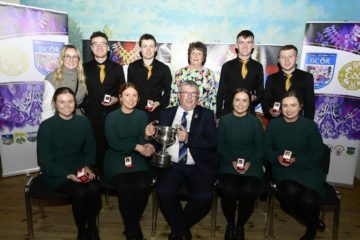 On Sunday night there was great excitement in Cappamore Community Centre in Limerick, when Gneeveguilla were announced Munster Scor na nÓg Champions in the solo singing and set dancing categories. Now they're getting ready to travel to Castlebar next month for the All-Ireland for Scór Sinsir.

Kerry clubs haven't competed in Munster Scór Sinsear since 2019 due to COVID.

“It’s a huge achievement for any club to win one discipline in Senior Scór but the double is tremendous," Anne Holland, East Kerry Scór Officer, told the Killarney Advertiser.

"We in East Kerry are very proud of our set dancers and singer, Mark O'Leary. Having advanced as superb county champions last week in Currow, we knew that they would be in with a great chance at Munster. It’s not easy trying to get a dance troupe together especially with college and work etc."

All-Ireland Fleadh dancing coach Marie Sheehan has put in trojan work with the dancers and they will be dancing the Caledonian set. Some of these dancers have All-Ireland Fleadh medals under their belts with Sliabh Luachra; Joan Brosnan, Kellie O'Sullivan, Rachel McGillicuddy, Aisling McGillicuddy, Kieran Browne, Conor Crowley, Cathal Collins and Paudie Murphy.

Mark O'Leary is also no stranger to the stage, participating for his beloved club, in Scór na bPaistí and Scór na nÓg, winning many accolades.

"He will sing 'The Hills Around Listowel' and lift the roof with his rendering voice. Joan Brosnan, Scór Officer, is a busy lady as one of the victorious dancers and organising the All-Ireland travel arrangements to Castlebar next month," she said.

"The club is very proud of the participants and the excitement is building. No doubt the club colours will be decorated all over the village and surrounding areas. Wishing them every good wish in the Theatre Royal on November 12 and hopefully going that one step closer to All-Ireland glory."

Pupils’ GOAL is to help those in need