There was a widespread feeling of disgust this week after party goers in two separate beauty spots left huge amounts of rubbish behind – including broken glass bottles and cans.

Anita Collasso and her boyfriend were shocked to see the mess just off the Ross Road where it’s believed a number of youths held a drinking session on Monday night. The couple discovered the rubbish littered all over the place on Tuesday afternoon when out to enjoy a walk. Feeling angered and frustrated about the danger it posed to young families, they came back with bags to clear it up the following day. And while there, Anita told the Killarney Advertiser that teenagers present continued to throw cans and glass bottles into the bushes while the couple spent 45 minutes cleaning up.

Anita says that the space belongs to everyone, and people, including those with families who enjoy days out in nature, shouldn’t be subjected to such a sight. 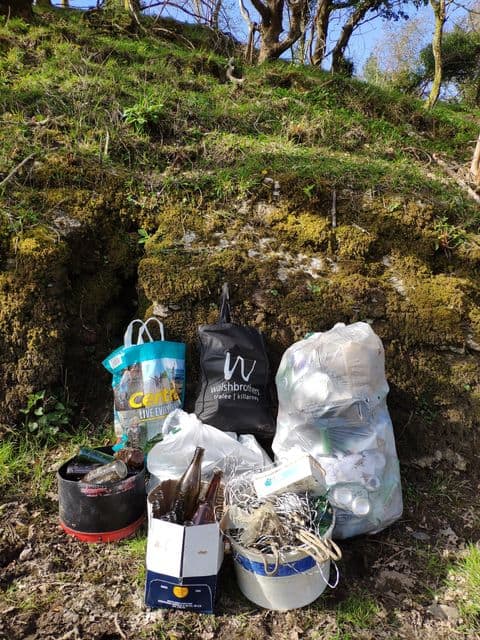 “It seems a group had a BBQ,” Anita told the Killarney Advertiser.
“It’s a nice place for a party but take your rubbish home with you. They’re leaving tiny pieces of broken glass which is dangerous for kids.”

She is calling for bins to be put in various parts of the Park.

“There’s no bins in the park for rubbish. Also, there’s no signs telling people to take their rubbish home. Take your rubbish with you, the space belongs to everyone.”

Also, on the Eastern side of Ross Island on Tuesday afternoon close to the castle, local man Harold Clifton was also left seething at what he discovered.

He said that the rubbish was not visible from the main walking trails but those responsible not only left their rubbish behind but in an act of vandalism decided to “smash” the bottles “close to the shoreline”.

“Several cans and bottles were dumped along the access trail to the area as well, presumably just dropped as they finished them on the walk out. This kind of thing has become far too frequent in recent times.” 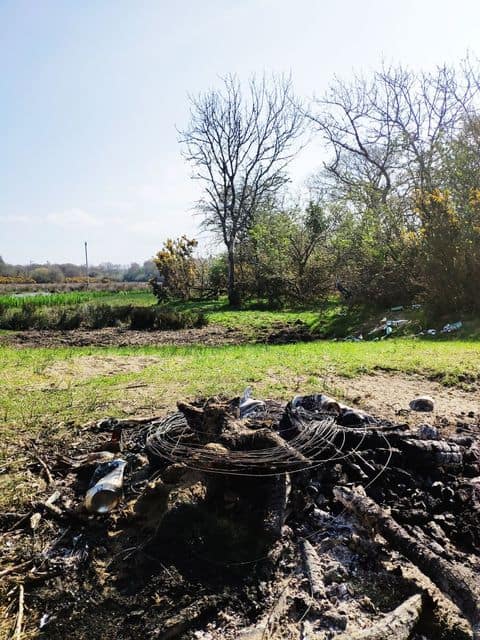 €6k floods in for Alexis during live rowing fundraiser