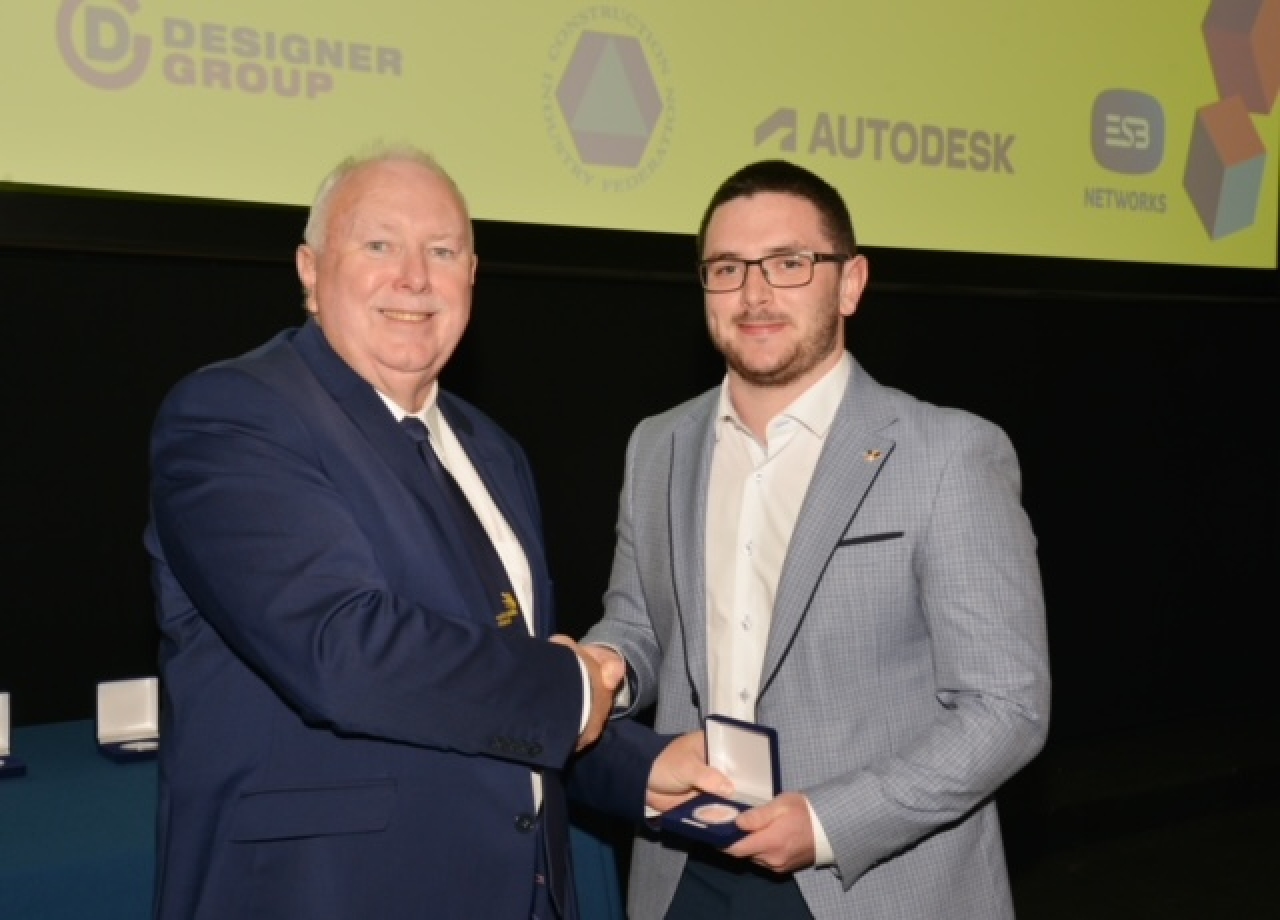 FIRST PLACE: David Gleeson from Kilcummin came first in the plumbing and heating category at the Worldskills Ireland competition. He is pictured with John Cassidy (Worldskills Technical Assistant delegate) at the RDS Dublin on September 15.

It was a major moment for one young Kilcummin man when he received a medal at the Worldskills Ireland event.

David Gleeson from Ballinamanagh was presented with the accolade after coming in first place in the plumbing and heating category at the Worldskills Ireland 2021 construction championship.

The 2021 final was held in March, delayed due to COVID, and David finally got his hands on his well deserved medal at the Dublin event two weeks ago.

David entered the apprenticeship programme when he finished secondary school and would highly recommend it to young people thinking of a practical career choice.

He said the best thing about working as a tradesperson is the variety of the work, saying every day is different as you’re always learning and always earning.

"It’s a great career path for the people who like to work with their hands, you learn and upskill over the four year course!"

David is very focused and determined in his work. He would like to give a special mention to Shannon ETB, Cork CIT and his employers Donie and Stephen Broderick.

"I’m thrilled to win the competition," he told the Killarney Advertiser.

"I’m proud to be able to put what I learned on show and work with my hands to create something capable of winning first place. I went through two qualifiers to get to the final and they were mini pipe bending, welding and fitting projects and then I did the final and it was all copper bending techniques and you had to be fairly accurate! It was a challenge coming up against other plumbers from all around Ireland."