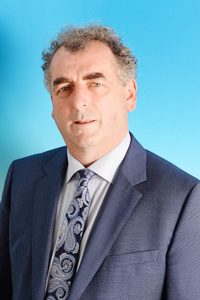 One of the busiest country roads in the Killarney area which is currently in a "shocking and dangerous condition" is set to get a huge facelift making it safer for road users. The Board Of Works Road, Beaufort, has been allocated €73,000 by Irish Water towards the works following representations by Fianna Fáil Councillor, Michael Cahill on behalf of the residents.

Cllr Cahill had organised a deputation in regard to the condition of the Board Of Works Road almost two years ago. He stated at a recent Kerry County Council meeting that "the total lack of action over the past two years is grossly unfair to all residents and road users".

He also received a commitment at the meeting from Padraic Teahan, Senior Roads Engineer with Kerry County Council that the Local Authority will provide additional funding towards the works.

"Finally funds are forthcoming from Irish Water towards the reinstatement of this road which is in a shocking and dangerous condition following the carrying out of pipe laying works there and I welcome that,” he said.

“This has been allowed stand for far too long on this, the busiest of our county roads. The laying of new water pipes is essential work, but the reinstatement of roads must also receive similar urgency.”

The road caters for locals and tourists alike going to Carrauntoohil and the Gap of Dunloe and is also a commuter route between Killarney and Waterville/Cahersiveen/Glencar/Dromid and Beaufort.

"They deserve a safe standard,” he added.

“I trust that the ongoing urgent requirement of the laying of water pipes throughout the Municipal District will be conducted in a professional manner and that all roads and facilities will be reinstated promptly."

The Council replied saying that Irish Water has this month allocated €73,000 for reinstatement work on the Board Of Works Road.

"The Council’s WSs and Roads/Operations Offices are currently in discussion on how best to do the job.
The major programme of water mains replacement in the greater Beaufort area, carried out by Kerry County Council on Irish Water’s behalf, over the last six years has resulted in a great improvement in this essential service both locally and over the greater mid-Kerry area.

In recent years, a total of 1.4km of the 300mm diameter trunk water main has been replaced on the Board Of Works road from Kissane’s Shop towards the crossroads near the Gap of Dunloe. Of this 1.4km, 500m was fully permanently restored as part of a Kerry County Council full-width road surfacing job.

A further 900m was temporarily restored over the 1m width of the pipe-laying trench. Because the newly laid pipe and the old pipe are on opposite sides of the road, and this is a relatively large water main, then there is damage to both sides at the locations where ‘bursts’ have happened in recent years. Some temporary restoration was done in 2017, but further permanent works are very necessary. The recent funding announcement is most welcome in permitting this work to be now carried out."

“We need decisions to be made for our mental health”