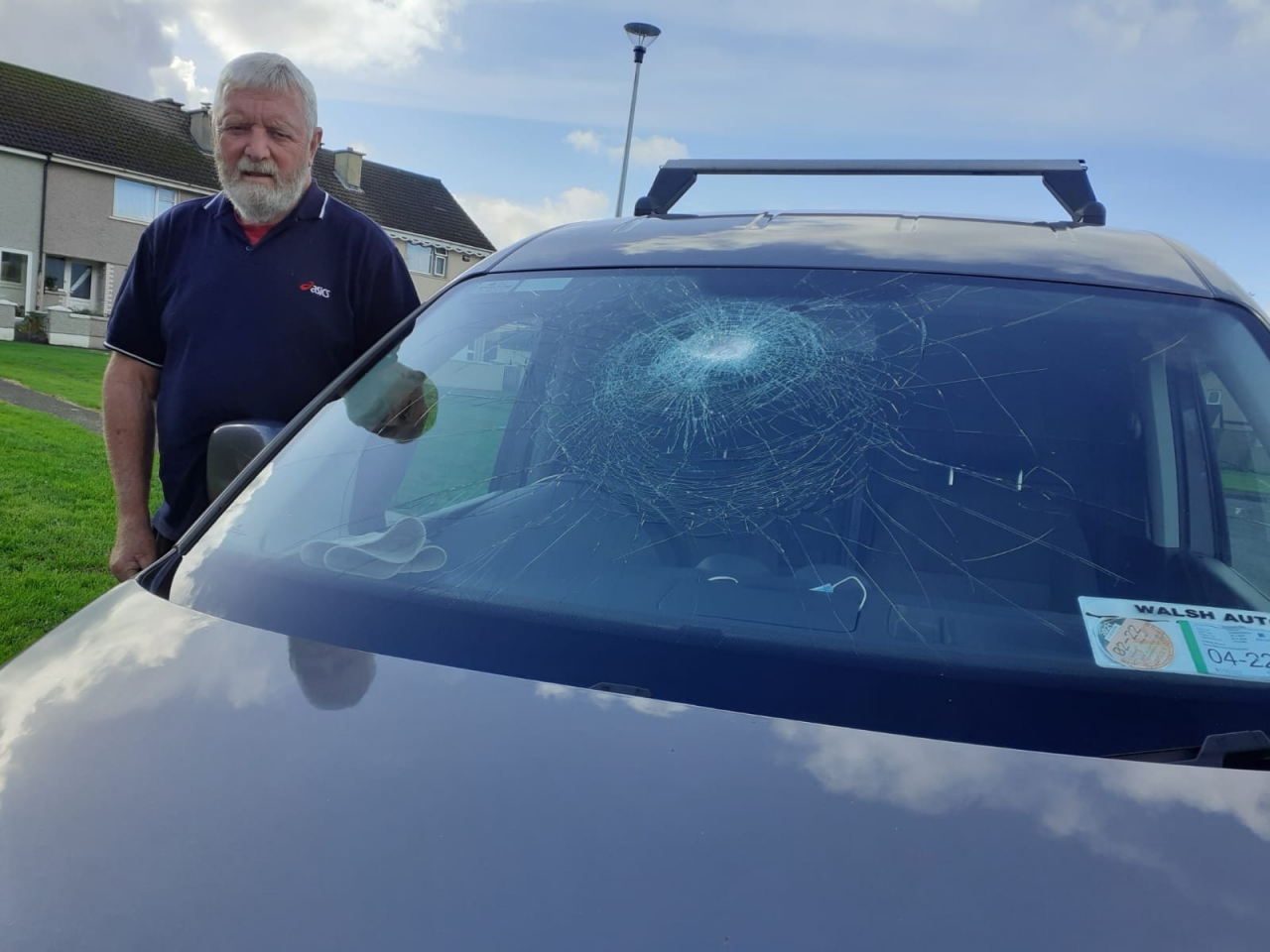 DAMAGE: John Cronin shows that extensive damage to his van

Gardai in Killarney are investigating criminal damage to a van in the Ballyspillane area over the Bank Holiday weekend.

The incident happened, overnight, on Saturday 23 or in the early hours of Sunday morning.

A rock was thrown at the windscreen of a Volkswagen Caddy van that was parked outside the owner's residence – over €1000 worth of damage was caused to the van.

The victim, John Cronin explained to the Killarney Advertiser that he parked his van outside his home around 430pm on Saturday. When he returned to the vehicle on Sunday morning he discovered the damage and found a rock on a nearby footpath.

“This is just vandalism,” he told the Killarney Advertiser. “I have had no run in with anyone,”

The Ballyspillane estate has been the centre of several anti-social acts in recent years.

Mr Cronin is not a first-time victim of such behaviour. In the recent past his metal garage door at the rear of his property was damaged, on several different occasions, by a steel ball by participants in a road-bowling game.

He and some of his fellow residents of the estate, along with Town Council officials put in temporary barriers on the rear access road to prevent the sport of road bowling taking place in the area.

Mr Cronin believes he was targeted as a result of this preventative action. Killarney Gardai confirmed to the Killarney Advertiser that they are investigating the matter and are treating it as criminal damage.