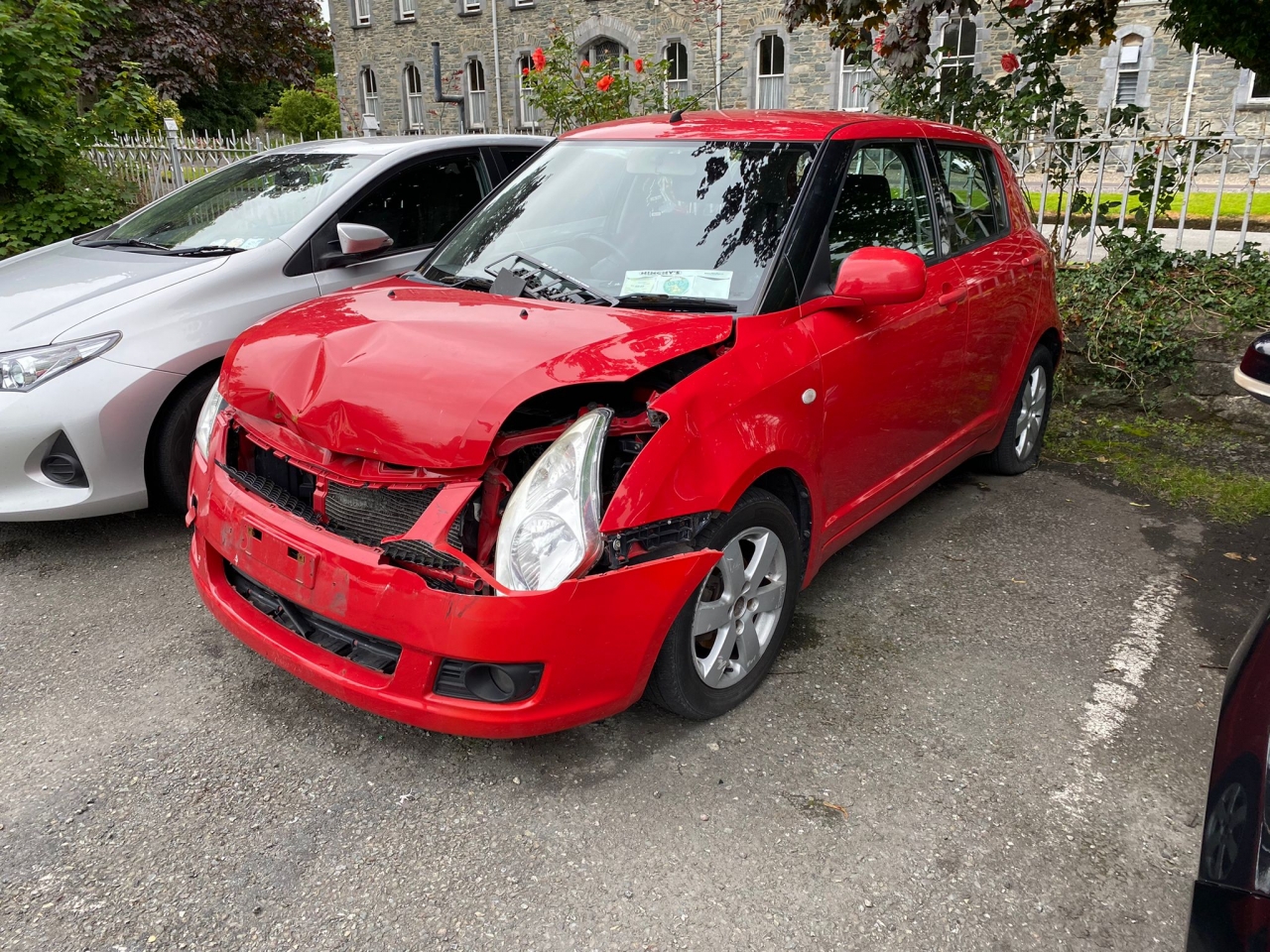 DUMPED: This crashed Suzuki has been left dumped in the car park adjacent to St Mary's Cathedral. Photo: Sean Moriarty

A town centre car park is being used to store a crash-damaged car a Killarney Municipal District meeting was told this week.

The annual issue of the lack of car parking spaces in Killarney town centre was up for discussion again this month.

The issue is further compounded this summer as Kerry County Council did not rent an alternative car park this season to offset the arrival of Bird’s Funfair in the Fair Hill carpark.

Councillors raised concerns on the number of cars that are parking on the grounds of St Mary’s Cathedral each day.

The meeting was told that local people are using the Cathedral car park while attending their place of work each day. The meeting also heard about visitors using the car park before heading to the National Park for the day.

The excessive parking is causing issues for church goers, particularly at times of weddings and funerals. The meeting was told that family members were unable to gain access to St Mary’s during such occasions.

“People can’t get in there, it is being abused highly,” Cllr Donal Grady told the meeting.

“There are people dumping cars down there, there is a crashed red Suzuki down there with quite a while. “

Fossa plans get go-ahead despite reservations on traffic management