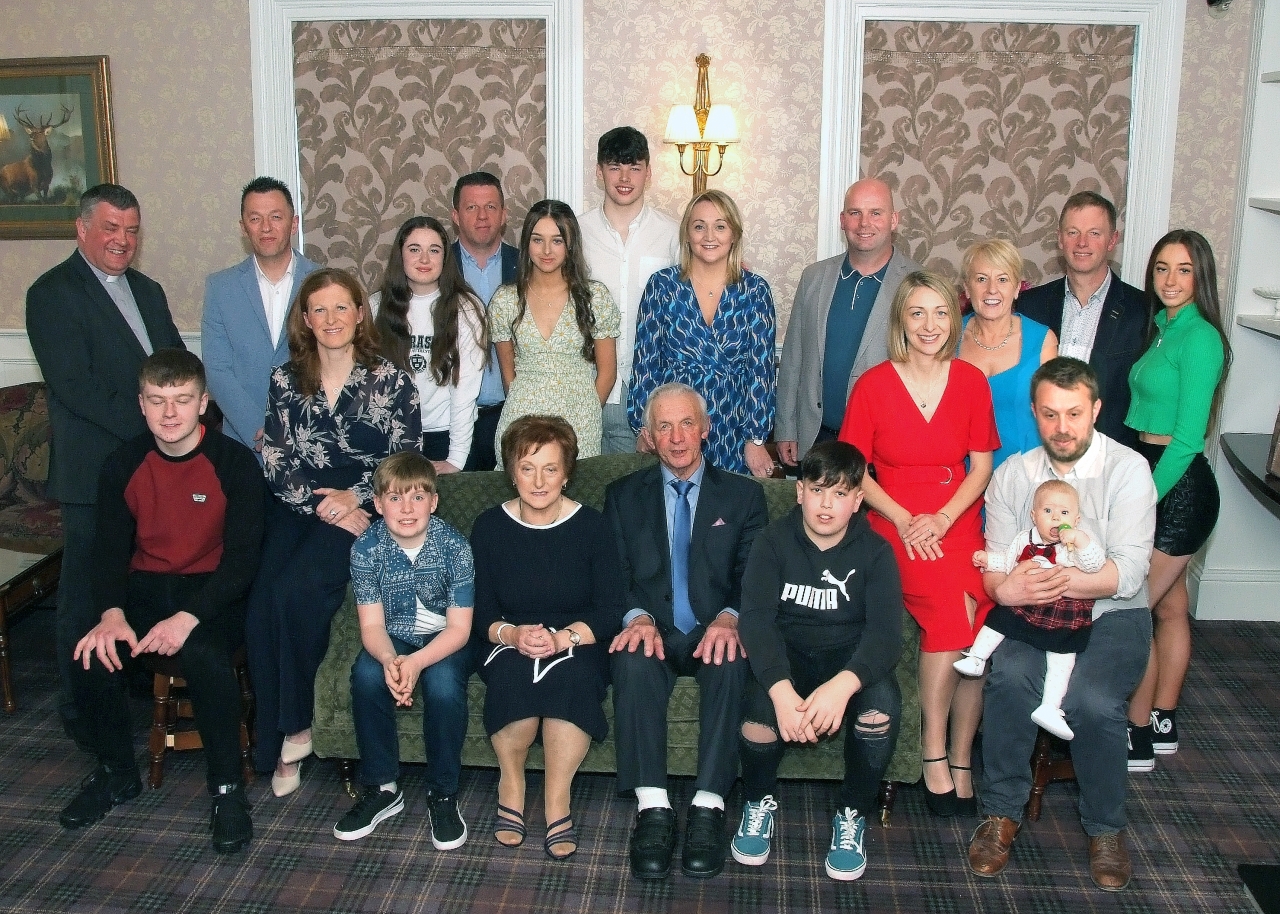 GOLDEN MOMENT: Pat and Alice O'Sullivan from Minish who missed out on celebrating their golden wedding anniversary due to the pandemic were finally able to gather with their family on Friday night last. Photo: Sean Kelly

One couple missed out on celebrating a momentous occasion due to the pandemic but on Friday they were finally able to gather to mark the occasion.

Pat and Alice O'Sullivan from Minish, Killarney - who are now married 52 years - gathered with family for their 50th wedding anniversary at the Dromhall Hotel where son Paul, the general manager, oversaw the organisation of the event.

Friday was special as it was a big family celebration with their five children Thomas, Michael, Paul, Gillian and Maria, daughters-in-law Noreen and Breeda, sons-in-law Anthony and Alex, and their beloved grandchildren Alan, Sarah, Cian, Roisin, Jess, Oisin, Tom and Mila.

They began with a Mass with Fr Kieran O'Brien followed by a meal and continued the celebrations at home.

“It was fantastic to all be together again especially after a difficult two years with COVID," their daughter Gillian told the Killarney Advertiser.

"We really appreciated being able to celebrate such a momentous occasion for our parents.”