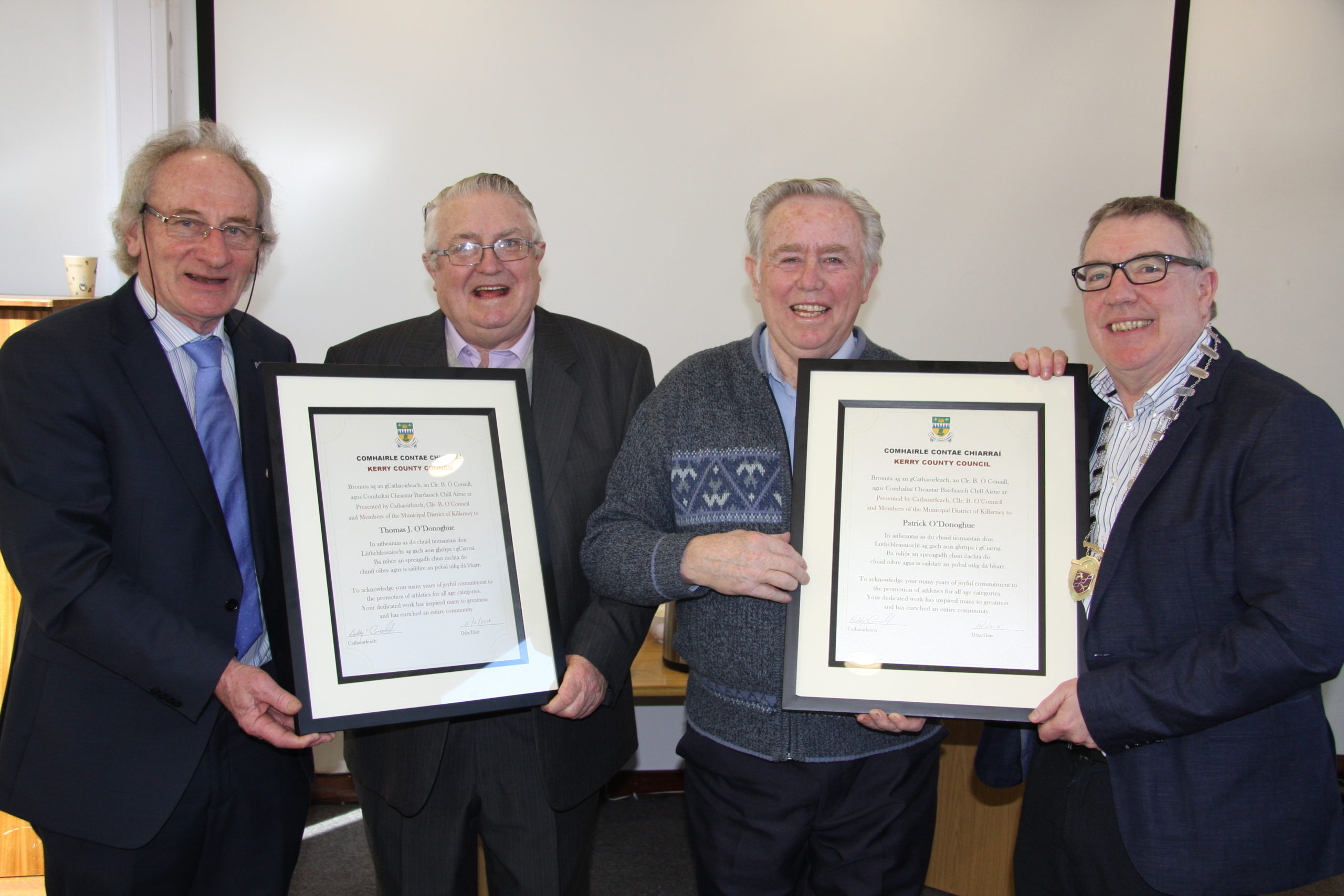 THE contribution of two Gneeveguilla brothers to the world of athletics in the county has been celebrated by Kerry County Council.
Killarney Municipal District hosted a civic reception for Tom Joe and Paddy O’Donoghue on Friday in honour of their many years of joyful commitment to the promotion of athletics for all age categories in Kerry.
The civic reception was proposed by Cllr Michael Gleeson and was held at Killarney Library.