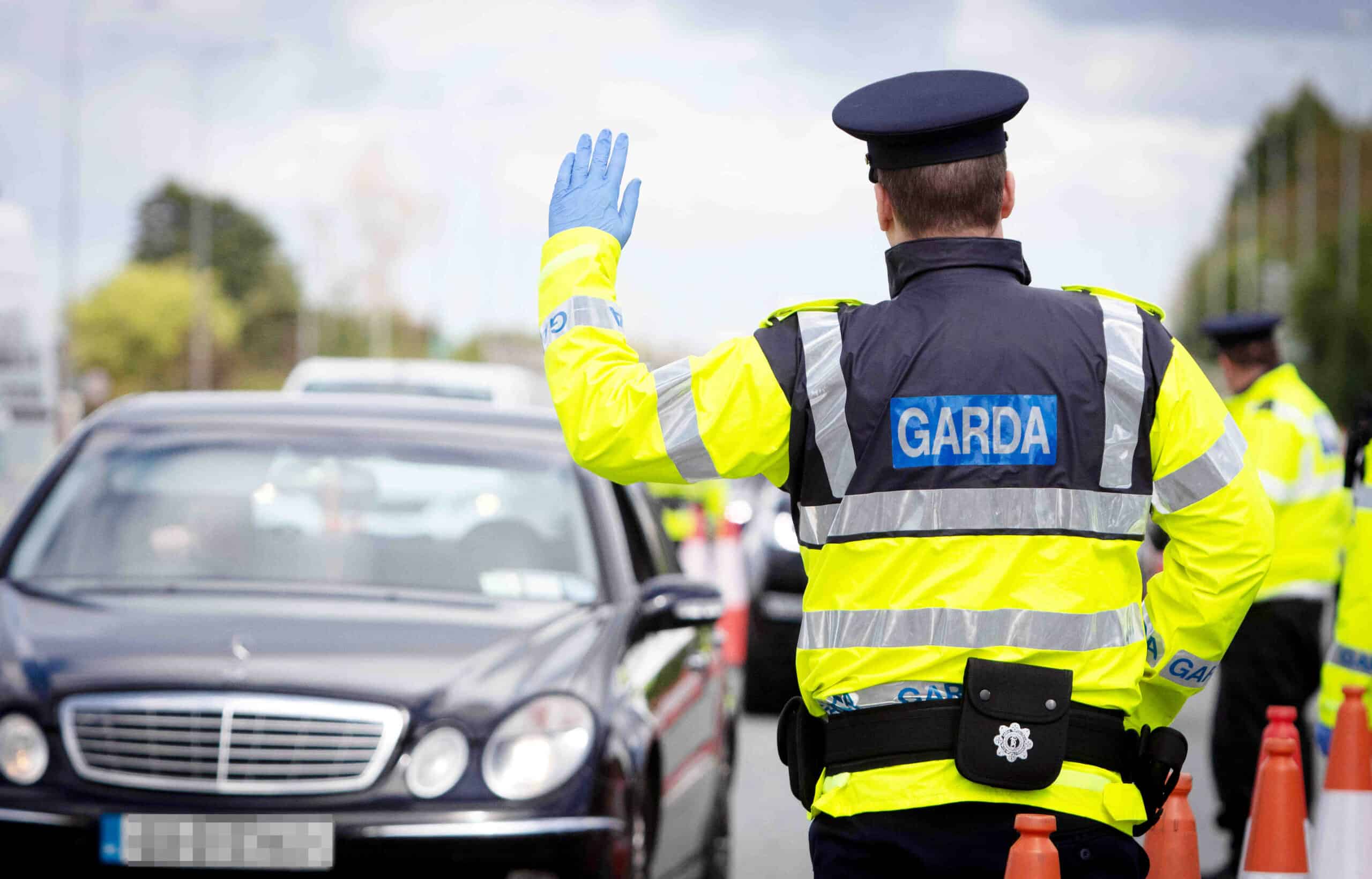 Dublin, Ireland - April 29, 2020: a checkpoint on the N7 motorway. GardaÌ? have set up checkpoints across the country in a bid to limit people breaking the Government's Covid-19 travel restrictions.

As Kerry continues to have one of the lowest COVID-19 infection rates in the country, the Killarney Advertiser asked an important question:

“If we could close all the access roads into County Kerry and manage arrivals by train and air from Dublin would you be in favour of such a move, if it allowed life in the Kingdom to get back to some degree of normal, albeit without visitors?” 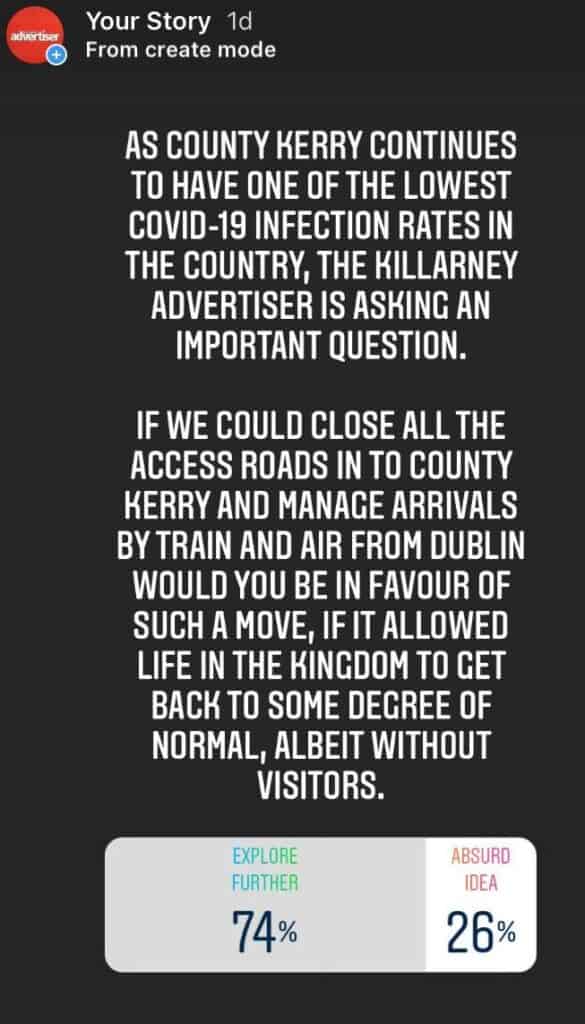 It is accepted, that for the plan to work, it would demand a massive buy-in from both the public and Government agencies like the Gardai, Kerry County Council and Killarney Municipal District.

“Let’s be fair here,” said one respondent, “the 5k rule is broken left, right and centre so this would be just impossible.”

The idea might seem far-fetched but it is not impossible. Gardai currently deployed on the county’s roads checking that everyone is operating within their own 5k could be re-deployed to the county borders. However, every back road from Lauragh to Tarbert would have to be manned 24-hours a day.

“I agree,” one respondent to our survey said. “But people will only take it further and ruin if for everyone.”

Maybe, but the payback would be after, say two weeks COVID-19 free, we could move anywhere in the county. In fact, we could start thinking about reopening the whole of Kerry society and start organising events again. We could have inter-club GAA matches but not inter-county games.

“I think it would be easier to control the county border, rather than each individual’s 5k,” said another respondent.

Exceptions would have to be made for those on essential journeys for work or medical reasons.

Another difficulty would be the management of the airport and railway stations. While Kerry, and Killarney in particular, normally welcomes visitors, the last thing needed for this plan to work is a message that Kerry is open for business.

But an agreement with Irish Rail could mean that all Kerry-bound rail passengers must change in Mallow for a Kerry train and that could be controlled in an effective way, meaning only genuine essential travellers would be allowed board that train.

Yes, we could be open for business limited to residents of the county, but it can only work if the county borders are effectively sealed.

“This is a great idea, I wonder have they [Government agencies] the resources to lockdown the county borders,” said another respondent.

It could also be a pilot programme and if it was deemed a success the cordon could be extended to include Cork and then Limerick and so on until COVID-19 is contained in very specific geographic areas.

If the same plan was rolled out in Mayo at the same time for example, it would not take too long to have the entire West Coast sealed and COVID-19 free. In time the Mayo cordon could extend into Galway while the Kerry cordon could be expanded to include Clare. The net result being the majority of the western seaboard could be back to normal in a matter of weeks.

We welcome your comments. Send them to sean@killarneyadvertiser.ie or via our social media platforms.

Take time to think about what is best for you!