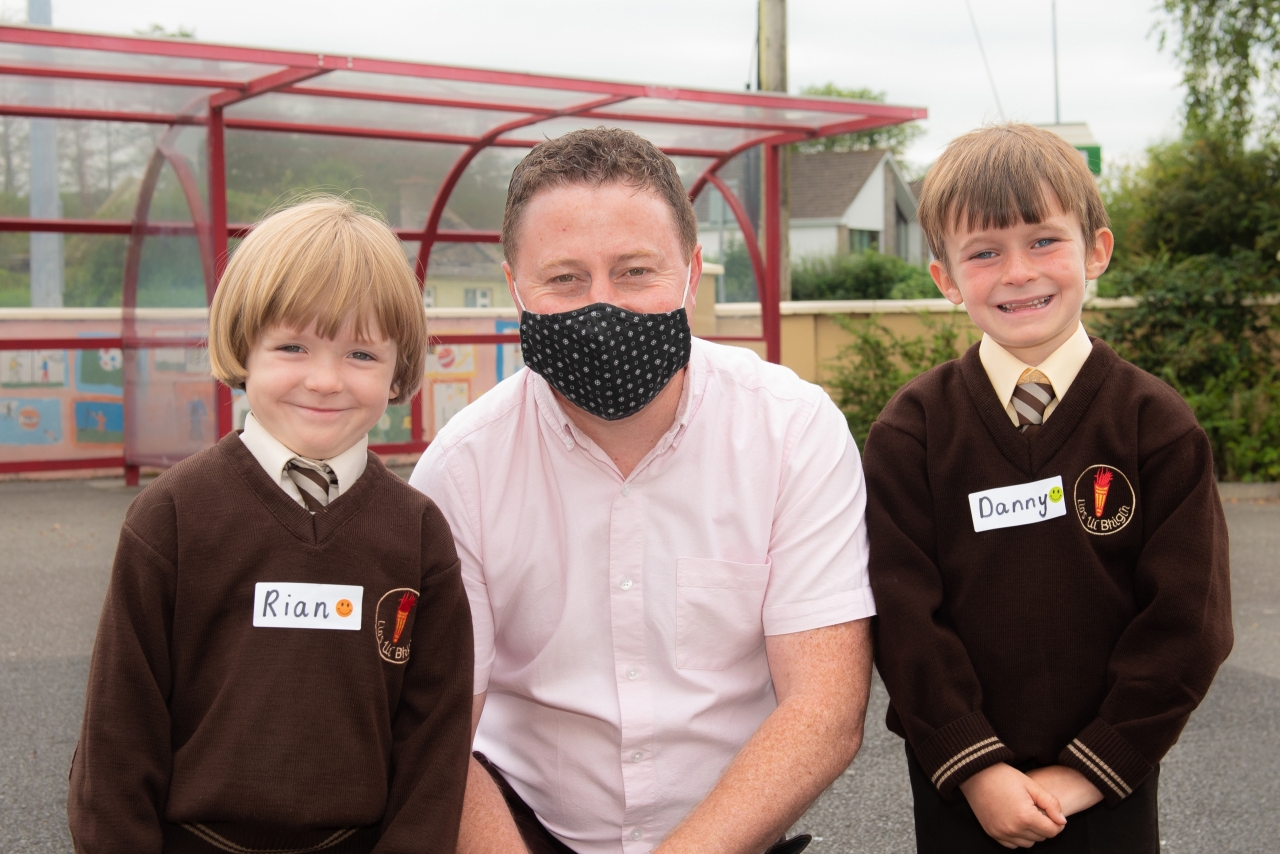 There's a few new faces at local national schools this year - not only the incoming Junior Infants - but new school principals at Lissivigeen National School, St Oliver's, Tiernaboul, and The Mon.

On Tuesday, Conor Gleeson (45) began his new journey as admin principal at Lissivigeen NS taking over from Mike McAuliffe who retired just before the summer holidays.

Conor has left his teaching principal role in Tiernaboul NS and is being replaced by Maria Breen. The Mon is set to appoint a new head of the school as Colm O Suilleabhain has left and takes up the position of new principal at St Oliver's taking over from Rory D'Arcy who begins a new career as a Senior National Advisor to Catholic Primary Schools with the Managers Association.

For Conor it's not his first day at Lissivigeen NS as he taught there from 2007 to 2012 after beginning his career at Innishannon National in 2002.

And the links don't stop there, although he himself attended Loretto NS, his father Jim Gleeson and three generations before him, attended Lissivigeen NS.

And to make the morning school journey a little easier, both Conor's children Jack in Fourth Class and Doireann, who is in Second Class, have joined their dad at school also.

Conor praised staff and Board of Management in Tiernaboul, and said he will miss the 70 pupils and their families dearly but that "change is a good thing" for everyone.

"I began in Tiernaboul National School in March 2012, nine and a half years ago, the time flew there," Conor told the Killarney Advertiser.

"Change is a good thing. There is a feeling of mixed emotions as I loved every minute in Tiernaboul. The staff there are top notch and I'd like to thank them and the Board of Management. It's exciting times and I'd like to wish Maria Breen, the new principal, all the best. I have no doubt that she will bring new exciting initiatives to the role and it'll benefit everybody."

And as he switches out of a teaching/principal role to a more administrative role with 270 pupils, he said that he'll miss the classroom.

"I have big shoes to fill, they'll miss Mr McAuliffe," he said. "It's a big change. Teaching, that's the one thing I'll miss hugely."

However, he is looking forward to a new direction as admin principal.

"From day one I got a lovely welcome here. It's totally different. Communication is the buzz word, if the lines of communication are open I think it's very important. An informed parent is a happy parent. I'm looking forward to the years ahead."