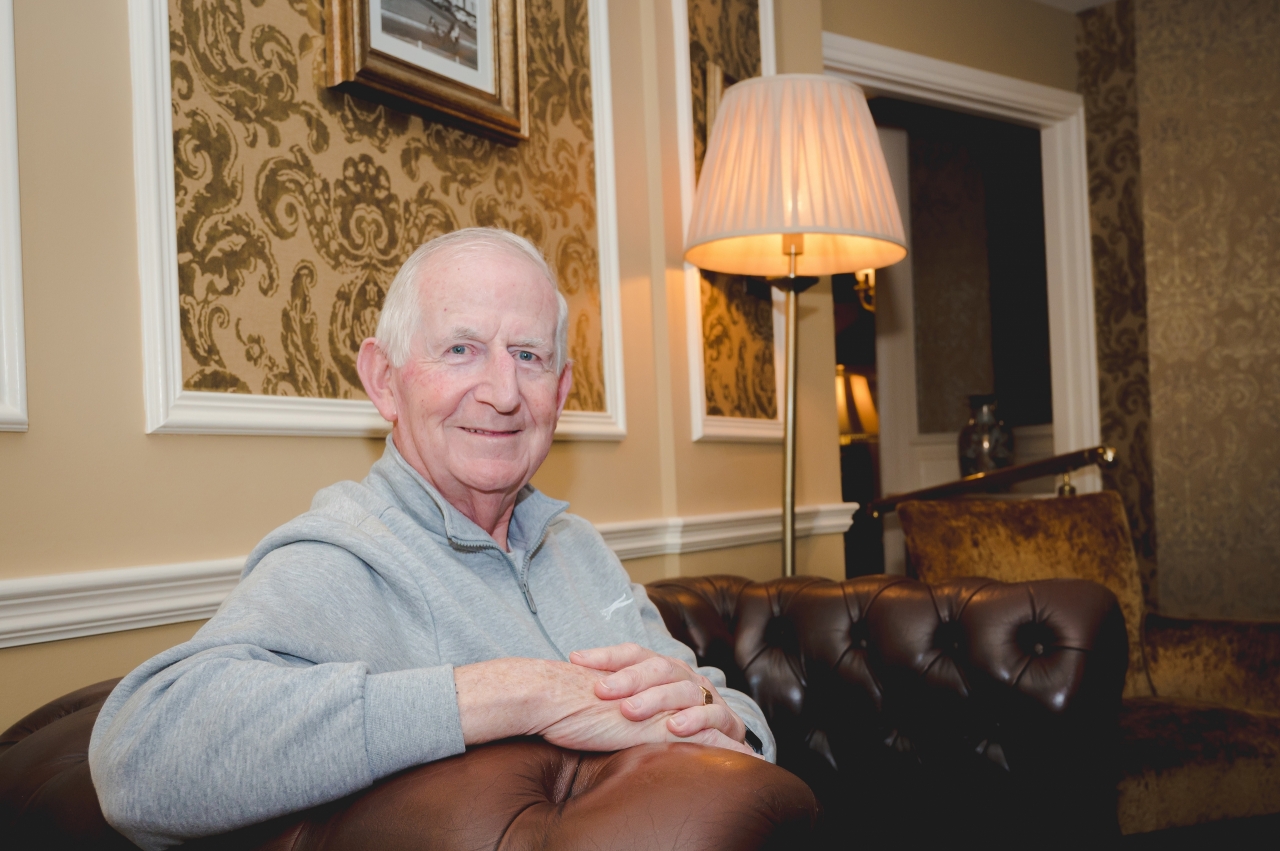 TREATMENT: Cathal Walshe talks about his cancer diagnosis treatment and how he's getting on.

Cathal Walshe is a well known face across Killarney and beyond and this week I talk to him about his battle with bowel cancer.

My camera and I meet Cathal quite regularly at the many fantastic fundraising and charitable events he devotes his time to. Having met him at many events throughout the summer months, regardless of his illness, I thought to spend a while with him and hear how he was doing.

The Whipple procedure - also called a pancreaticoduodenectomy - is the primary surgical treatment for pancreatic cancer or in Cathal’s case, bowel cancer which included the removal of the pancreas, gall bladder and the nodes.

“It’s a diversion of one road and opening up another Marie,” Cathal explained.

“Last March, I was violently ill due to a food blockage and found myself availing of our ambulance service to take me to University Hospital Kerry where I was diagnosed with cancer of the small bowel. Surgeon Murray sent me straight to The Mercy in Cork where I availed of the Whipple procedure on March 9, an eight hour surgery removing organs whilst putting a new system in place to help me back to health again. I remember waking with a team of medical professionals around me, one holding the phone so I could speak to my son Enda. I told him ‘I’m fierce comfortable Enda’ but that was because I could feel absolutely nothing after the epidural which was needed for surgery. The hardest part Marie was the three weeks that followed; a tea and ice cream diet at The Mercy in Cork. It wasn’t Murphy’s Ice Cream let me tell you. It was quite bland but I needed to slowly introduce food back into my system to give myself the best possible chance.”

"Just one round to go on November 21. I thankfully missed just one round due to low bloods. I am blessed to say I’ve had no other side effects to the chemo. I’ve taken no tablets to date, apart from Creon, a substitute for the pancreatic juices. I’d be a bit tired from time to time but nothing a little siesta wouldn’t sort.”

I believed every word Cathal spoke. Another amazingly successful Ring of Kerry Cycle under his belt, which has raised €18.6 million to date, and would have been his 40th year if COVID hadn’t played havoc. Also, 'Nathan’s Walk, Darkness into Light'. After his first chemo, in he walks into Reidy’s for the launch night! Needless to say I asked ‘What is your secret Cathal’?

“I put it down to five things Marie - physical exercise, a good diet, sleep without medication, have a sense of humour and finally, the days I laugh, I laugh, the same as the days I cry, I allow myself to do so. I think my fitness stood to me in that operation and I am delighted to say Friday November 21 will, please God, be my last round of chemo. I am hugely grateful to the staff at the Oncology Department in Tralee and if I might name them - Sheena, Michelle, Jacinta, Una and Abbie. Every second Friday I would visit with 12 or 13 others and sit for two hours receiving chemo. Hooked up through my portal, I would leave with a pump to continue the chemo throughout the weekend before returning on Sunday to have the tank removed.

I was impressed with Cathal’s energy and determination, and told him so.

A LOVE OF KILLARNEY

“I came to Killarney through my work with An Garda Síochána in 1970 and I fell in love with its people. That’s it Marie. There were no community Garda departments back then, but if there was, that was me.”

Having confirmed a long list of committees and charities; Kerry Hospice, Nathan’s Walk, Ring of Kerry Cycle, Board of Management at Gaelscoil Faithleann, Board of Management at Home from Home, Recovery Haven and winning the Vodafone Passion for the World Around Us Award, to name just a few, I asked Cathal, who was his biggest influence in giving him such a passion for giving?

“Well that’s an easy one,” Cathal replied. “My father. I am one of six siblings, three of which were lost to cancer. We lived at the Garda Barracks in Galway City so there was always someone calling to the door looking for help of some sort, where the door was always open to anyone that did. We lost my father to cancer when I was just 16-years-old but he certainly had made his impact. I am a community man Marie, not a great politician now, but I love to help people and to see change for the better. While we’re on the subject, might I mention the late Yvonne Quill, now there’s a lady, together with her friend Kathleen Foley, you’d never see one without the other who, like Killarney Meitheal’s Johnny McGuire and Padraig Tracy, are all human dynamos! That’s the only way I can describe her, a human dynamo. Forget about the disarray of her car interior, she was more interested in stopping her car to remove any litter in sight. A remarkable lady for Killarney Tidy Towns whom I had the great pleasure of judging St Patrick’s Day Parade with her and Danielle Favier pre-COVID.”

I was delighted to sit and chat with Cathal, at a time when neither of us were at an event of some capacity, and to hear how the person who cares so much for others in our community was doing himself. The brains behind many a table quiz pre-COVID, Cathal said goodbye remarking his delight to be back in action and prepping for an upcoming table quiz in Kilcummin on November 11.

Pupils get a taste of secondary school life