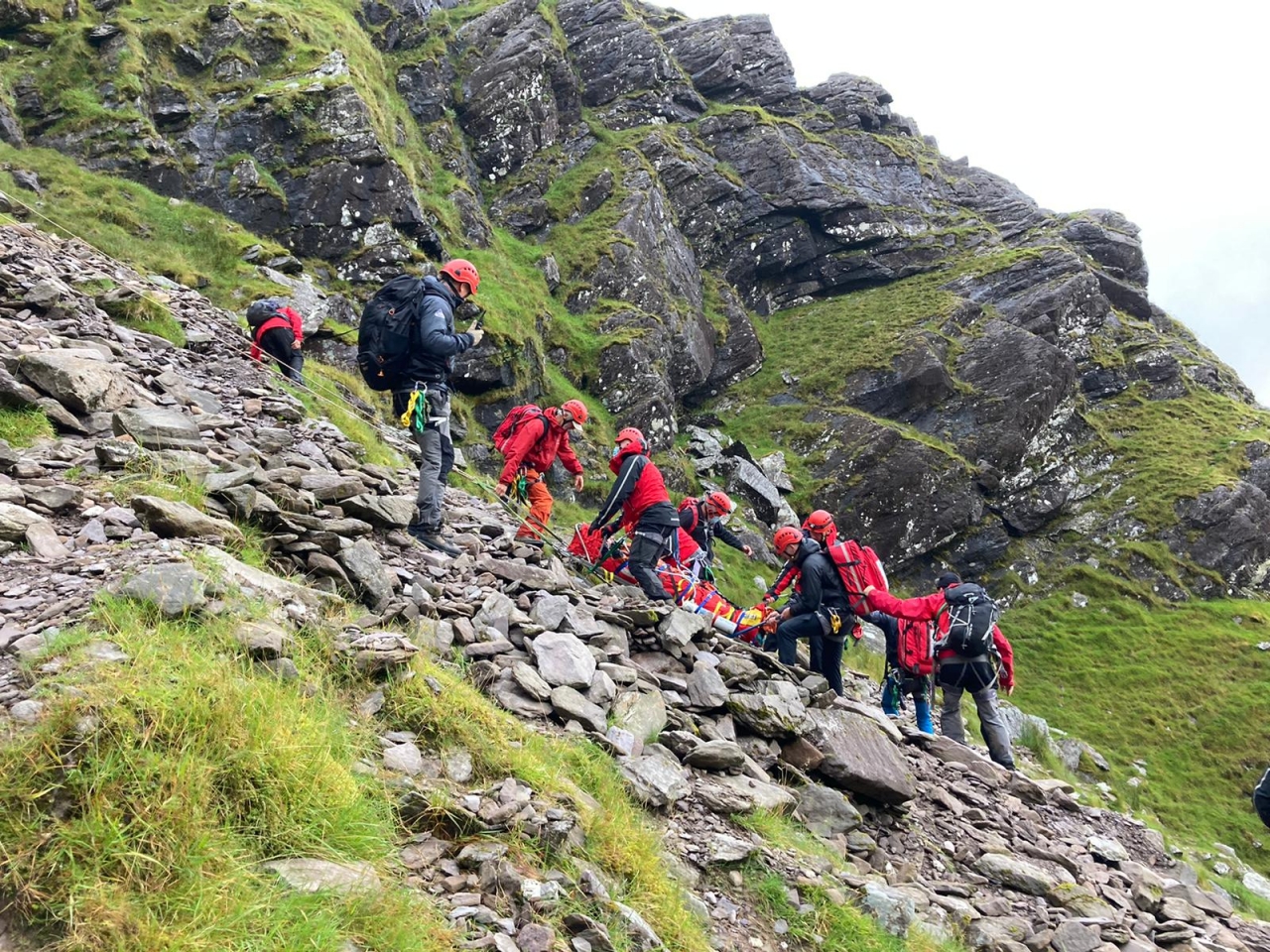 While this number was lower than in 2021, total callout hours are up due to the nature and complexity of a number of the incidents handled during the year.

One fatality was recorded in the mountains last year.

The majority of callouts were to the mountains of the McGillycuddy’s Reeks with many callouts on the Dingle and Beara peninsulas.

Slips, falls and lost parties accounted for the vast majority of incidents which the 38 volunteers with the group deal with.

“Though accidents can and do happen to even the most experienced mountaineers, the main trend in incidents over the past few years (excluding lockdown) involved a significant number of inexperienced and ill-equipped parties on the hills,” Colm Burke, KMRT PRO, said.

“We would strongly advise people new to the mountains to ensure they research their chosen activity well in advance and employ the services of a guide or join a club to learn the skills required for a safe and enjoyable adventure.”

The team spent an additional 2,300 training in the mountains last year.

“In addition to callouts the team continued to train regularly throughout the year, logging over 2,300 hours and ensuring that essential core skills such as First Aid, casualty care and evacuation, technical ropework, navigation, 4x4, and radio communications were refreshed and newer skills and techniques well-practised in the harshest weather conditions,” Mr Burke added.

A highlight of 2022 was the recent commencement of the base extension at New Road, Killarney. The extension will provide much-needed facilities including additional equipment storage space, a drying room and a meeting room, all of which will enhance the team’s operational capabilities.

“We look forward to the completion of the extension in 2023,” he added.

“We would like to extend sincere thanks to all those who have donated funds to the team over the year. The team relies heavily on donations to meet our annual running costs and we very much appreciate the effort that donors and fundraisers make in this regard.

“A huge thanks to the local communities who came out in force to support the team during a number of difficult operations, opening their doors at all hours of the day and night to provide warm drinks and food to very grateful rescuers. We cannot thank you enough for your kindness and support.”