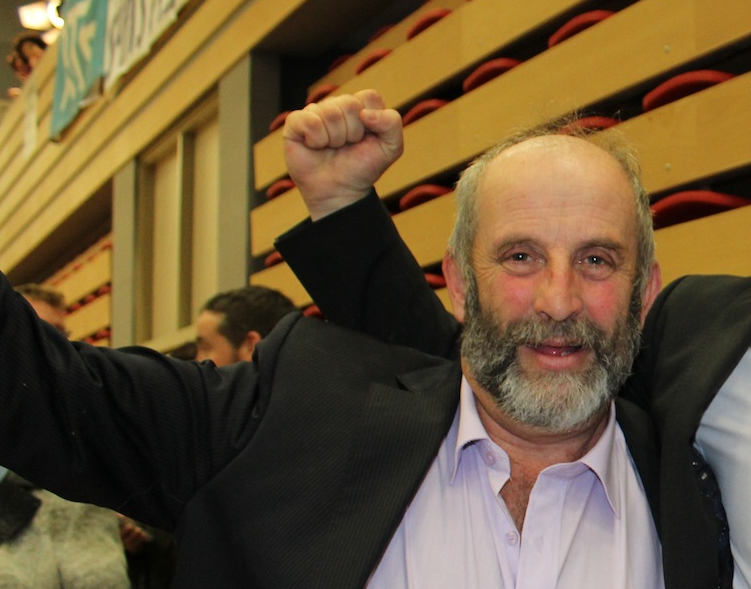 ROUSING choruses of “Danny Boy” rang out from jubilant Healy-Rae supporters as Danny Healy-Rae was deemed elected on count two shortly before noon today at the Kerry count at Killarney Sports & Leisure Centre.
Following transfers of his brother Michael's surplus, the county council member took the second seat in the Kerry constituency with a tally of 13,826.
Independent candidate Danny described his election as one of the best moments of his life.
Now he and sitting Independent TD Michael Healy-Rae become the first siblings ever to represent the same constituency at the same time.
As expected, Michael topped the poll when returning officer Padraig Burke announced the results of the first count, at 11.30pm last night.
The results of count two are as follows: Danny Healy-Rae, Independent, 13,826; Brendan Griffin, Fine Gael, 10,381; Martin Ferris, Sinn Fein, 10,098; John Brassil, Fianna Fail, 8,642; Jimmy Deenihan, Fine Gael, 6,827; Arthur Spring, Labour, 5,011; Norma Moriarty, Fianna Fail, 4,893; Michael Pixie O’Gorman, Independent, 1,364; Michael Fitzgerald, Green Party, 1,050; Brian Finucane, People Before Profit, 1,046; Grace O’Donnell, Fine Gael, 817; Donal Corcoran, Renua, 769; Mary Fitzgibbon, Independent, 690; Kevin Murphy, Independent, 491; Henry Gaynor, Independent, 155.
Danny thanked all his supporters and canvassers as well as his family.
The Healy-Raes had been clear in their vote management strategy, asking voters to vote for one or the other as number one and number two, depending on where in the county they lived.